What Does the Future Hold for ‘Avenue 5’? 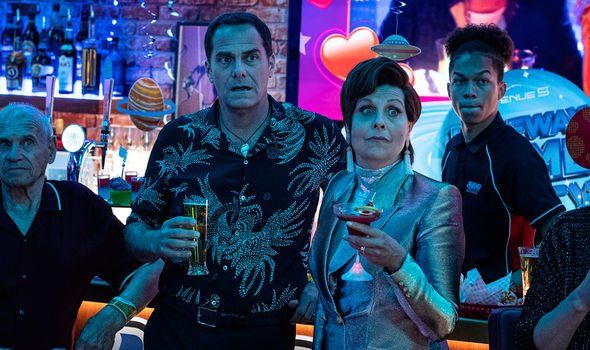 Avenue 5, which can be described as sort of a genre mash-up between Star Trek and The Love Boat, is the creation of Veep‘s mastermind, Armando Iannucci. However, if you watch it, it adopts the tropes, which is more akin to those of a workplace comedy.

The sci-fi comedy follows the crew and passengers aboard a cruise ship, which is orbiting the galaxy. But then the journey gets delayed for an indefinite amount of time. The inaugural installment mostly deals with the activities of the members within the ship. And with season 1 having ended, fans have one question: has the maiden Avenue 5 cruise come to an end or will it continue? Well, read on to know everything about Avenue 5 season 2.

Avenue 5 Season 2 Release Date: When will it premiere?

In February 2020, HBO renewed the series for a second season, even before the inaugural season aired its finale. Amy Gravitt, EVP HBO Programming, confirmed the news in a statement, saying: “We’ve loved every minute of Avenue 5’s inaugural voyage. Armando Iannucci and his team are masters of smart and incisive comedy, and the ensemble cast, brilliantly captained by Hugh Laurie, is second to none. We can’t wait to see what’s in store for our hapless heroes in season two.”

Although HBO has not announced a release date yet, we do know that the creators are planning for a 2021 release. If things fall in place, Avenue 5 season 2 should premiere sometime in January 2021.

The lead cast of Avenue 5 consists of Hugh Laurie as Ryan Clark, the eponymous space cruise ship’s captain. Josh Gad stars as Herman Judd, the billionaire owner of the vessel, and Zach Woods as Matt Spencer, Head of Customer Relations for Avenue 5.

Rebecca Front plays Karen Kelly, and Himesh Patel plays Jordan Hatwala — both of them being passengers aboard the Avenue 5. Suzy Nakamura is Iris Kimura, one of the associate owners of Avenue 5. Lenora Crichlow stars as Billie McEvoy, and Nikki Amuka-Bird as Rav Mulcair. Billi and Nikki are important crew members on the ship. Ethan Phillips enacts Spike Martin, an alcoholic, womanizer, and an ex-astronaut.

Season 2 will see most of the lead cast return, alongside some new actors. As confirmed by director Armando Iannucci himself:  “It was so great to be back again with HBO for the first season of Avenue 5, so I’m doubly thrilled that HBO has now seen fit to put Captain Ryan Clark and his passengers and crew through even more physical and emotional hell next year too.”

He further added: “Nobody provides angst-ridden laughs better than Hugh Laurie, and we’re looking forward to seeing what further impossible situations and existential crises we can plunge him, Josh Gad and the rest of our fantastic cast into next. To the end of season one and beyond (into season two)!” — as reported by Deadline.

Avenue 5 Season 2 Plot: What can it be about?

The events of Avenue 5 take place four decades in the future when a cruise ship is sent on a trip around the solar system. However, when the vessel faces a malfunction, the voyage is delayed for an indefinite period. Most of the comic moments ensue from the fact with the crew attempting to conceal from the passengers about the fiasco that has taken place in the midst of the cruise.

In season 2, Iannucci has already confirmed that life is going to get further worse for the characters of Avenue 5 — with both the crew and passengers facing a hell lot of physical as well as emotional problems.

While we wait for an update on season 2 release date, watch the trailer for season 1 below: