When Will Avlu The Yard Season 3 Premiere on Netflix? 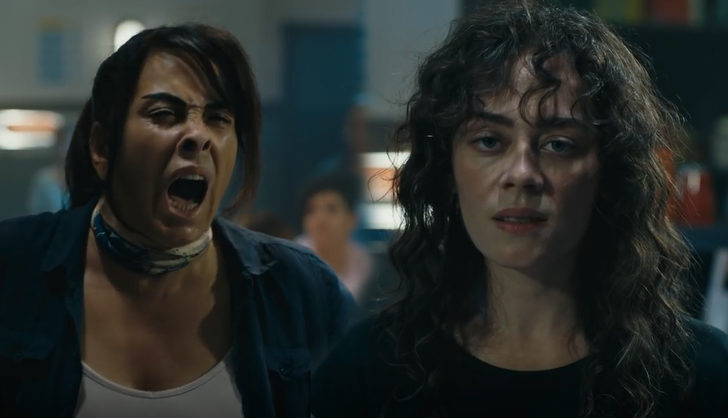 Female-centric prison dramas have indeed proved to be a successful bet for Netflix. After the Netflix Original, ‘Orange Is the New Black’, we witnessed other popular series, such as ‘Wentworth’ and ‘Locked Up‘ that went on to become fan-favorite. The latest addition to that list is Turkish prison show, ‘Avlu’, renamed ‘The Yard’ for its international audience. Inspired by the top-rated Australian title, ‘Wentworth’, it is about a mother who lands behind bars. This prison is run by inmates and our protagonist, Deniz, has to learn to survive in the hopes of reuniting with her daughter after her release.

‘Avlu’, after its launch in Turkey, went on to be a huge hit, becoming one of Star TV’s most successful shows. Garnering up to 3.4 million viewers per episode, it has managed to attract viewers from all demographics. Anahita Kheder, SVP of FremantleMedia International, shared her excitement about the success of the show, saying, “We are extremely proud of the success Avlu has achieved so far and can’t wait to see even more of its suspense-filled action unfold. It’s fantastic to see the same compelling characters and gripping storylines of the original Australian drama coming to life in a completely new environment. She added, “It’s one of the most talked-about dramas in the region right now, capturing not only the attention of audiences but international broadcasters too.”

After two successful seasons, will there be a Avlu The Yard season 3? Here’s everything we know.

The Yard Cast: Who is in it?

‘The Yard’ features an ensemble cast led by Demet Evgar as Deniz Demir. She is joined by Ceren Moray as Azra Kaya and Nursel Köse as Kudret Öztürk. Rounding up the cast in other prominent roles are Çagdas Onur Öztürk as Oktay Boran, Ayça Damgaci as Hasret Sengül, Çigdem Benli as Meltem, Ümmü Putgül as Dudu Aktas, Saniye Samra as Hacer, Hüseyin Turunç as Aytekin, Berna Eker as Berna Dogan, Görkem Mertsöz as Erhan Duman, Onuryay Evrentan as Özlem Balaban, Efsane Odag as Yonca, and Mihrimah Cankur as Öykü.

The Yard Plot: What is it about?

A story about women behind prison walls, ‘The Yard’ dives deep into the characters’ happiness, sadness, friendship, hope, and kindness — if there is any left. And if the woman in you is a huge addict of prison dramas and you are deep in woe after the end of ‘OITNB’, ‘Vis-a-Vis’, and Bea Smith’s untimely departure from ‘Wentworth’, this is the show for you.

‘The Yard’ begins by introducing us to a wealthy, beautiful, and determined middle-aged woman, Deniz. She is constantly subjected to domestic abuse by her forever drunk husband, Hakan. But she tolerates this mistreatment only for the sake of her young daughter, Ecem. However, one day, Ecem, in order to protect her mother, shoots Hakan. Deniz, who does not wish the incident to affect her daughter’s future, takes the blame upon herself. As a result, she lands in a prison in Istanbul, where she has to learn to survive amidst violent inmates and political prison officers.

The prison has two opposing gangs — one led by Azra and the other by Kudret. Each prisoner has to choose a side and follow the rules of her particular crew. Deniz, however, does not want any problem until her lawsuit date as her only goal is to be released and reunited with Ecem. But she is pulled into the struggle between the two gangs and needs to make choices — should she join either of these crews or should she make her own laws? Along the way, Deniz gradually transforms from a timid homemaker to a hardened criminal.

Set against the backdrop of a Turkish prison, The Yard’s central character draws strong inspiration from Wentworth’s protagonist, Bea Smith. It brings in the same violent and iconic characters as we see in the Australian original. There is a lot of action sequences, survival struggles, twists, and divided loyalties as these women attempt to tackle life behind bars.

The Yard Season 3 Release Date: When will it premiere?

‘The Yard’ season 1 premiered in Turkey on March 29, 2018, on Star TV. For the international audience, it released with its first batch of 11 episodes on Netflix on October 18, 2019. The show has also been dubbed in Spanish, Arabic, and Portuguese.

In case, you are wondering if there will be more seasons of the show, we have good news for you. ‘The Yard’ has already released two seasons in Turkey, with the third season renewed and already in the works. But, here’s an interesting fact. The first two seasons that released on Netflix consists of only a part of season 1 of Turkish version. So, it goes without saying that you can expect Netflix to release multiple seasons of the show over next few months. Yes, you read that right! We expect the show to go on for at least three to four more seasons. And since the next part of the show is already ready to be streamed, we expect ‘The Yard’ season 3 to release sometime in January 2020.

You can watch the official trailer and previous episodes of ‘The Yard’ directly on Netflix.