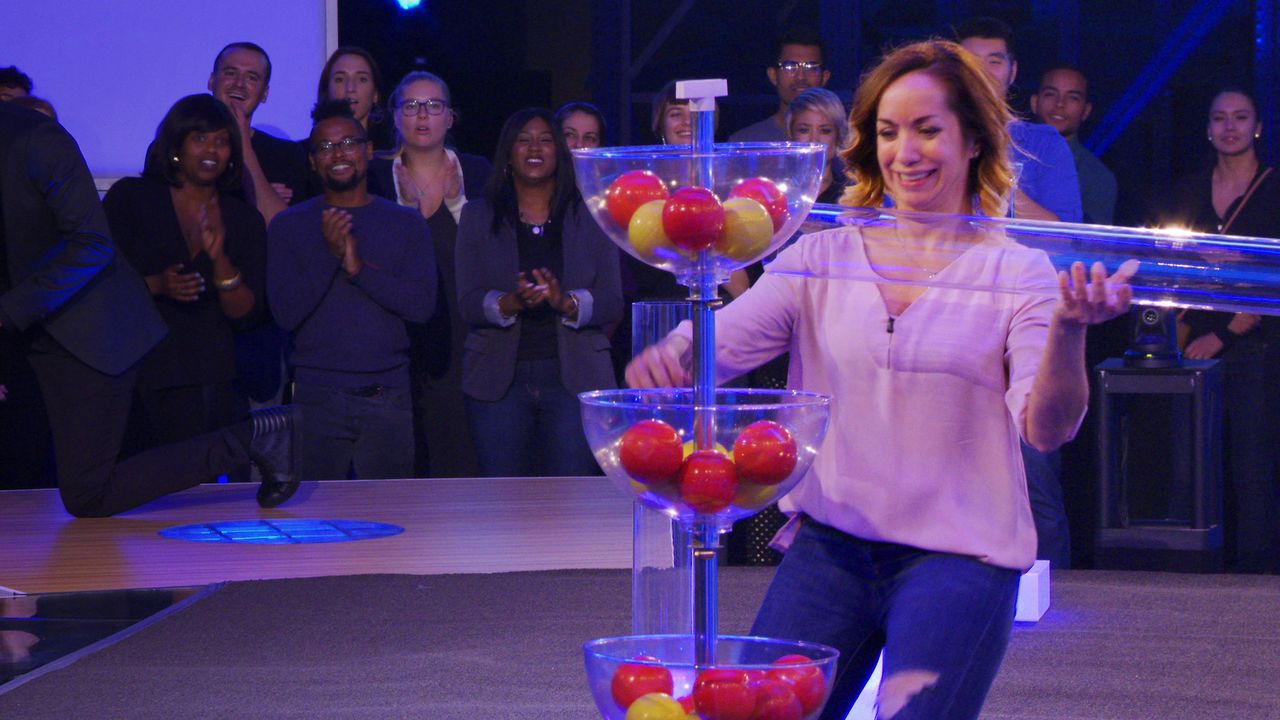 During our phase as university/grad students, we were all aware of our grind of sleep-deprived nights, especially during the last few days before exam week. And we know its consequences — constant headaches, failed muscle coordination, blurred vision, and a stressed-out brain, to name a few. But what happens when during this state, you are tasked with mugging hundreds of pages of notes and test materials? Exhausting would be an understatement.

Well, if you remember GSN’s 2003 game show, ‘Cram’, you would know that its entire premise revolved around this phenomenon. Contestants were not allowed to sleep for 24 hours, during which they had to cram a gamut of materials, including trivia questions and jokes. They would then utilize this knowledge to answer questions on the show while taking help of physical stunts so as to stay awake. Well, Netflix came up with its own idea of a similar game reality TV series, where the central concept is: “24 hours. Zero rest. 1 million dollars on the line.” Season 1 of the show, titled ‘Awake: The Million Dollar Game’, first premiered on the platform on June 14, 2019.

Awake: The Million Dollar Game Cast: Who is in it?

Actor, stand-up comedian, and writer James Davis stars as the host of this live-action contest. You might already know him from ‘Real Husbands of Hollywood’ where he featured in Season 5 to Season 7. He has also appeared as a recurring cast member on MTV2’s ‘Wild ‘N Out’ and has hosted rap and comedy concerts for Drake, Big Sean, J. Cole, and Ryan Leslie. Across southern California, he is well-known for performing in stand-up comedy troops, colleges, and comedy clubs. Other notable mentions are his own television series ‘Hood Adjacent with James Davis’ on Comedy Central and the NBC show, ‘Friends-In-Law’.

Awake: The Million Dollar Game Plot: What is it about?

Netflix does not seem to get enough of its foray into original game show competitions. To cite a few examples, we can mention ‘Jeopardy’, ‘Idiotest’, and ‘Flinch‘. Well, diving further into this genre, ‘Awake: The Million Dollar Game’ is the platform’s latest addition. The series features contestants, who are kept in a sleep-deprived state for a period of 24 hours. After this, they need to tackle various eccentric and regular challenges for the opportunity to win a huge grand of 1 million dollars.

The tasks assigned to the participants are designed in order to stretch their endurance levels and customized to test both their mental as well as physical stamina. They push their tired minds and bodies to extreme limits as they face challenges “geared to test the ultra-tired.” What raises the difficulty levels of these tasks is that the candidates have not slept for all these hours, because of which muscle and brain coordination is seriously hindered. But then, with a million dollar in the horizon as the end goal, nothing is impossible. Right? Towards the end of the game, the last man or woman to successfully pass all obstacles wins the contest and gets to pocket the cash. So who wins? The one with the ideal combo of dedication, concentration, endurance, and ambition! Watch the season to find out!

Awake: The Million Dollar Game Season 2 Release Date: When will it premiere?

‘Awake: The Million Dollar Game’ season 1 premiered on Netflix on June 14, 2019. Each episode of the series featured a runtime of approximately 45 minutes. Filmed within the bounds of a shiny stage, this studio-based game is curated to test limits. Fast-paced and extremely engaging, it compels viewers to root for the contestants as they play along with them and cheer them, alongside the live audience, from the comforts of their homes. And if past, similar game competitions are any indication, we would not be surprised if this show gets a renewal soon enough. Although Netflix has not given any official announcement yet, our expectations are high. So if ‘Awake: The Million Dollar Game’ season 2 does happen, it might premiere sometime in June, 2020. We shall update this section with more concrete news as and when we learn more.

While we wait for an update on’Awake: The Million Dollar Game’ season 2, check out the season 1 trailer to refresh your memories. If you haven’t seen the show yet head over to Netflix to catch all the episodes of the previous season.