Away Season 2: Everything We Know 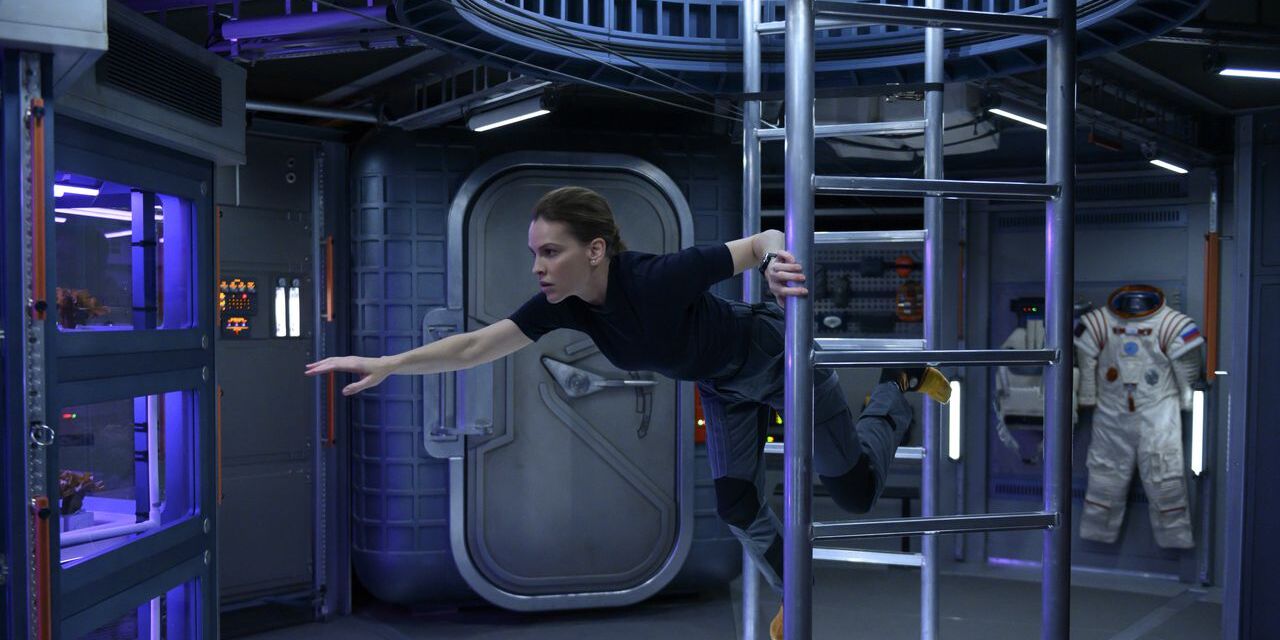 In September 2020, acclaimed actor Hilary Swank ended her self-imposed sabbatical from the spotlight with Netflix’s ‘Away,’ wherein she leads an international space crew on their mission to Mars. Throughout their odyssey, the five-person crew, comprising Misha Popov, Lu Wang, Dr. Kwesi Weisberg-Abban, Ram Arya, and Emma form a deep friendship as they strive to curb the heart-wrenching yearning to meet their loved ones, again.

Created by Andrew Hinderaker, the science fiction drama series managed to strike a chord with the viewers with its emotionally charged premise, and the striking performances from the main cast members. After binge-watching the first season, fans must be wondering about the release date of ‘Away’ season 2. Well, here’s everything we know.

‘Away’ season 1 premiered in its entirety on September 4, 2020, on Netflix. It consists of ten episodes with a runtime of 45-50 minutes each.

As far as another season is concerned, here’s what we know. There hasn’t been an official renewal/cancellation announcement yet but the compelling space drama has received favorable reviews from the audiences and critics. Although the show ends on a conclusive note, there is still room for the creator to expand the story of the five current inhabitants of Mars. So, in all probability, the network might recommission the show for a second season. If that happens soon enough, we can expect ‘Away’ season 2 to premiere sometime in 2022, on Netflix.

The ensemble cast of ‘Away’ is led by Hilary Swank as Emma Green, the Commander of the Mars space mission. The two-time Academy Award winner is best known for her performance in ‘Million Dollar Baby’ and ‘Boys Don’t Cry.’ Joining Hillary as Emma’s supportive husband, Matt Logan, is ‘The Good Wife’ actor Josh Charles.

The cast also includes Ato Essandoh as Kwesi, Mark Ivanir as Misha, Ray Panthaki as Ram, Vivian Wu as Lu, Adam Irigoyen as Isaac Rodriguez, Monique Gabriela Curnen as Melissa Ramirez Talitha, and Bateman as Emma and Matt’s daughter, Alexis Logan. Except for a few, almost all the main cast members might reprise their respective roles in the second season.

Away Season 2 Plot: What can it be About?

In the first season, Emma and her crew struggle to come to terms with the fact that they will have to be away from their loved ones for three years. As their ship Atlas launches into space, the patience and team spirit of the crew are tested when they are subjected to many technical and emotional challenges. In the bittersweet finale, Emma and Ram mend their differences, while Misha gives Lu a pep-talk to lift her beaten spirits.

The final moments see the crew successfully landing on the Red Planet but not without some sacrifice – Misha loses most of his vision. Back at the space headquarters, the family members heave a sigh of relief when they see the picture of the five-person crew, standing on the Martian soil, with a wide smile on their faces.

If renewed, season 2 might pick up straight from the ending of the first season. Now that the crew has landed on Mars, it will showcase their adventures on the planet as they try to fulfill their mission of ascertaining whether the planet is capable of inhabiting humans. The underrated botanist Dr. Kwesi might finally get to exercise his knowledge by pulling out all stops to grow a garden on Mars. Back on earth, Alexis and Matt might count the days until they see Emma again.

Read More: Where Was Away Filmed?