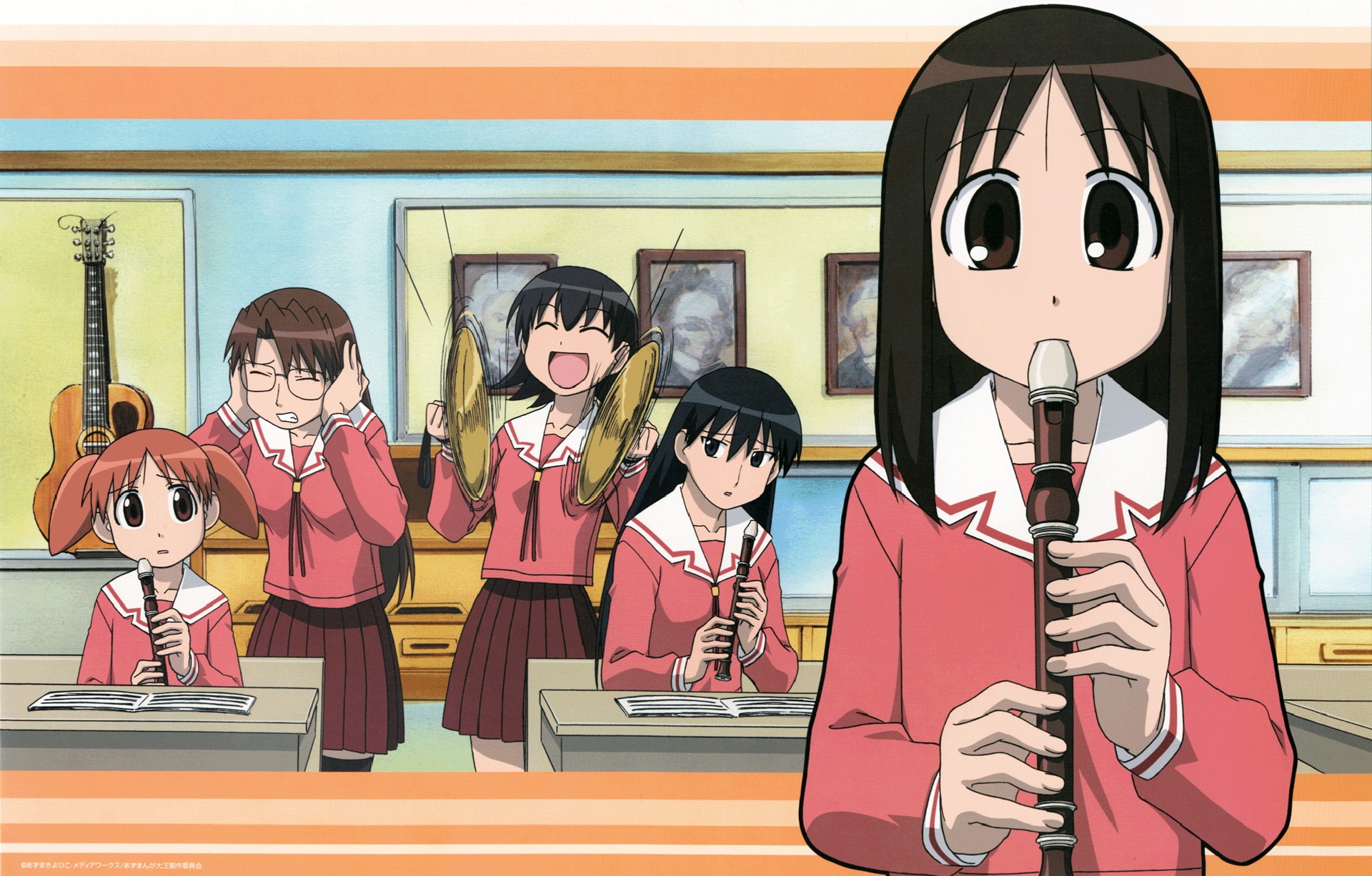 All the viewers who have seen ‘Azumanga Daioh’ are either absolutely in love with it and believe that it is one of the best comedy anime ever made or they find it absolutely nonsensical and are convinced that it is nothing but a waste of time. I would say that it is somewhere in between these extreme opinions and is a little bit of both. Thanks to the main protagonist “Osaka”, the jokes revolving around her are hilarious and can give anyone a good laugh. But then there are other jokes that are either way too corny or just don’t make sense at all. ‘Azumanga Daioh’ was a bigger hit in Japan compared to the west and that’s probably because the comedy in it is actually more relatable for the Japanese audience. So in the end, it all just comes down to one’s personal taste.

Apart from the comedy, the show also has some a diverse group of characters. Undeniably, this is where the anime shines bright, as over the span of 26 episodes, almost all of these characters are explored extremely well. Considering the fact that it was released in 2002, even the animation is quite impressive. The opening theme of the anime makes no sense at all but is really catchy and even the voice acting has been done well. Almost all the background scores fit right in with the anime with their upbeat and energetic vibe. Overall, I wouldn’t say that ‘Azumanga Daioh’ is the best comedy anime out there, but it definitely is extremely entertaining and also hilarious for the most part. I would recommend it to anime viewers of all age groups who enjoy a lighthearted comedy.

Azumanga Daioh Season 2 Release Date: When will it premiere?

‘Azumanga Daioh’ Season 1 premiered on April 9, 2002 and with a total of 26 episodes, it came to an end on October 1, 2002. ‘Azumanga Daioh’ is an above average anime, both in terms of popularity and ratings. But let’s not forget that it has been created by J.C Staff, which is one of the most renowned studios in the anime industry, known for some really popular shows like ‘Toradora‘, ‘Prison School‘, ‘One Punch Man‘ and many others. So despite its popularity, it does not necessarily mean that the studio will ever think about going back to it.

And also, considering the fact that it was released more than a decade ago, the hype around it has diminished after all these years. Though I am sure that many fans would still be willing to see a new season of this slice-of-life classic, J.C Staff seems to have a lot on its plate right now to pursue an anime that is so old. So the chances of getting a new season are almost negligible and it’s safe to say that ‘Azumanga Daioh’ is more or less of a one season wonder. Even then, if we get any updates regarding ‘Azumanga Daioh’ Season 2 release date, we will update it here in this section.

You can watch ‘Azumanga Daioh’ on HiDive with its original Japanese audio and English subtitles.

Chiyo Mihama is a 10-year-old prodigy who ends up being a petite high school freshman who has an obsession with plush dolls and also loves to cook. For obvious reasons, she is considered to be weird by everyone else around her. Speaking of weird, her homeroom teacher, Yukari Tanizaki, steals the bike of a student just to reach the school on time.

The high school is just full of many other peculiar girls, which include Tomo Takino, a hyper tomboy; Koyomi Mizuhara, who is really hot-tempered; Sakaki, the tall and extremely beautiful girl who is rather sensitive on the inside and loves cats. Along with all these strange personalities, we have Ayumu Kasuga, who is a transfer student with her head in the clouds. All of them get along really well with each other because of their eccentricity and together, this lovable group of girls go through the ups and downs of their high-school life.

Kagura is one of the main protagonists of the show who does not become a part of the group of girls until much later in the story. She gives most of her time to the swim team and excels at pretty much every sport. Thanks to these obsessions, she gets tan lines during the summer. She sees Sakaki as her rival and always tries to compete with her.

Ayumu Kasuga is a transfer student who is nicknamed after her place of origin “Osaka”. She is not really fond of this name but feels too lazy to dispute in any way. But except for her, pretty much everyone believes that the name suits her well and after a while, even the class teachers start calling her Osaka. This reaches a point where pretty much no one remembers her real name. Because of her poor grades, she ends up being a part of the “Knuckleheads” group of the school.

Minomo Kurosawa is another main character of the show. She is the gym teacher at the girl’s high school. During the first year, she plays the role of the homeroom teacher for class 5 and during the last 2 years, she serves as the homeroom teacher for class 2. During her own high school days, she was nicknamed “Nyamo” and some people still call her that. Apart from being a homeroom teacher and P.E coach, she also guides the swimming team of the school. Most of the students hold her in very high regard and either call her coach or sensei. She is very disciplined and students often approach her with their personal problems as well. She is really passionate about what she does and for this, she even turns down a job that pays her a lot more.

Chiyo Mihama is a child prodigy who ends up skipping 5 grades directly, landing herself in the high school as a 10-year-old freshman. In real life, a grade skipping of this sort would be impossible in Japan and the show portrays the hilarious consequences of this action. While most other students find her really cute, she holds herself in low regard because of her petite stature. She feels like she is a burden on her peers when she plays sports because of her lack of athletic abilities. Out of all the girls at the school, she is the only one who does not appear for college entrance exams as she has plans of going overseas for further studies.

Sakaki is a tall, popular girl who is often envied by other girls of the school. She has a cool personality and a lot of times, she just blankly stares out of the window. She is also one of the best athletes at school and gets a lot of attention because of her ideal body. She has an obsession with cats and loves being around them but for some strange reason, she usually ends up getting bitten or scratched by them.