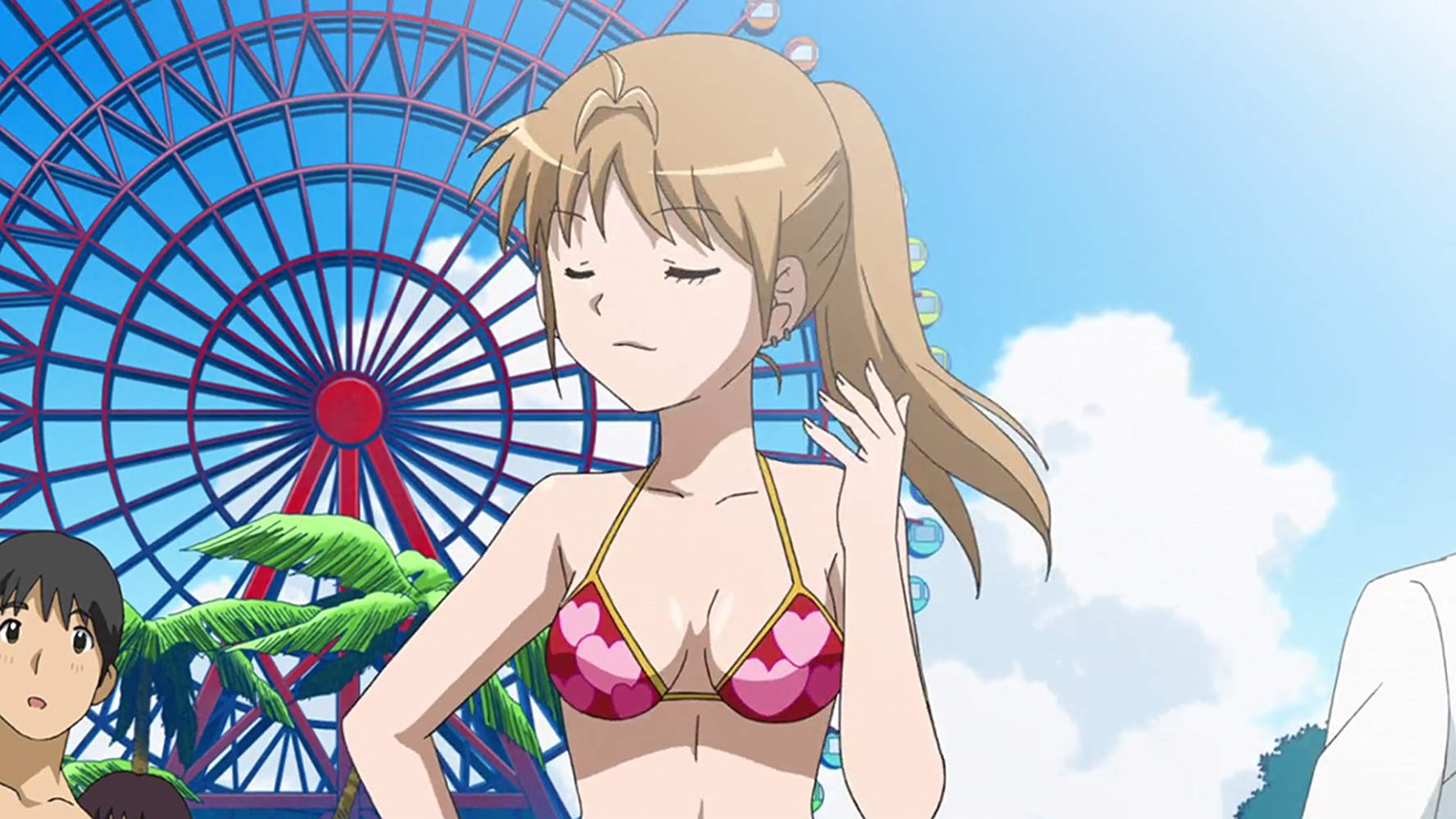 It comes as no surprise that anime shows like ‘B-gata H-Kei’ are really popular but still, their rating on most platforms ranges from average to low. Ecchi is not for everyone and like many anime viewers out there, I’m not a big fan of it. But then again, anime are known to be weird for crossing boundaries that most other forms of media confine themselves to. It’s hard not to look at the people who find ‘B-gata H-Kei’ entertaining without raising a judgment eye and straight off calling them perverts. After all, the anime is all about a “slutty” teenage girl who gets involved in some intense fan service moments. But if you sit down and actually try to watch it, you’ll realize that there is a lot more to it as apart from all the sex in it; the quest of this young girl is filled with hilarious outrageous moments. As awkward as all of it may seem, you can’t help but agree that ‘B-gata H-Kei’ is Ecchi comedy at its finest.

Action-based shounen, slice-of-life, psychological horror, and high school romance stories are all great but if you want to experience the weird side of the whole anime world without really wasting your time on shows that make no sense at all, then ‘B-gata H-Kei’ is just the perfect anime for you. Even the art and the sound elements are not bad at all and manage to fit in with the themes being portrayed. If you haven’t seen it yet and you believe that you have a fair idea of what you’re getting yourself into, then let me tell you that you’re wrong. This show is unlike anything else you have ever seen before and as bizarre at may seem, it still is extremely entertaining. A highly recommended anime for all Ecchi-enthusiasts and for others, ‘B-gata H-Kei’ is more like a glimpse of how extreme some anime shows can be.

B-gata H-Kei Season 2 Release Date: When will it premiere?

‘B-gata H-Kei’ season 1 premiered on April 2, 2010 and came to an end on June 18, 2010. After this, no other sequels or spin-offs of the anime were announced. For a while, there were a few rumors about how the creators of the anime have confirmed a new season but there were no official sources to back this up. Now, it has been close to a decade since its release and the chances of its renewal seem fairly low. Despite its popularity, the season one of ‘B-gata H-Kei’ did not sell too well and many viewers also seemed to have a problem with all of its Ecchi that overshadowed its interesting plot.

Another reason why we may never see a season 2 is that the source material of the anime only has 9 volumes and the first season has already covered 6 volumes of it. So unless the author of the manga decides to write a few more volumes of it, the current material does not have enough content for the show’s renewal. At this point in time, a movie adaptation or maybe a few OVA episodes would enough to cover the remaining story but it seems to be too late for that now. If the creators had any intentions of releasing a few more episodes or a full-fledged movie that continues the story, they would not wait for 10 years to do so. So as of now, it seems like we’ll never get a season 2 but even then, if there are any future official confirmations about its renewal or ‘B-gata H-Kei’ season 2 release date we will update it here in this section.

‘B-gata H-Kei’ Season 1 is available on Funimation with its original Japanese audio and English subtitles.

Yamada is a 15-year-old high school girl who is all fired up about her life at her new school. She is exceptionally beautiful and easily stands out in the crowd of other high school girls. But her biggest problem is that she is really insecure about the way her vagina looks.

She dreams to have sex with 100 different men in high school but this dream seems to be way too distant as she worried about how most experienced guys would either share the same opinion about her vagina or they would simply have a problem with her being a virgin. She then meets Kosuda Takashi who is also a virgin and believes that he could help her transition into a phase where she would easily be able to find more experienced partners.

But again, Yamada seems to know nothing about sex or about how she can seduce a guy to make him sleep with her. She must now somehow learn to conquer Kosuda’s heart first and only then, her dream will ever become a reality.

WARNING: This section may some potential spoilers and if you haven’t seen the anime yet, then you may not want to read any further.

Takashi Kosuda is the love interest of Yamada as she is very well aware that he is still a virgin. She only wishes to use him to transition into a more experienced lover so that she can go ahead and fulfill her dream of having sex with 100 different men. Takashi looks lazy and naive towards everything around him but even then, he tries to help Yamada in every possible way he can. He also has this fear of women which makes it harder to for Yamada to seduce him. He is 17 years old and when Yamada makes advances towards him, he is initially surprised and then later his anxiety takes over. Soon as she tries to get close to him, he starts feeling really insecure about being a virgin himself and an awkwardness dawns over the two characters.

At home, he lives with his elder sister named Kazuki Kosuda who is a college student. She often encourages him to be more social and later even ships his relationship with Yamada. She also gives him relationship advice from time to time and helps him get over his awkwardness. He also enjoys taking pictures and has an extreme fear of heights. He only has a few friends at high school and all of them look as plain as him. Later, he and Yamada do end up having sex and soon after that, they start dating each other.

Yamada is the main protagonist of the series who is obsessed with sex. The only thing she cares about in life is losing her virginity and then later fulfilling her dream of sleeping with 100 different boys of her high school. Yamada has an average height and figure for her age and according to Kosuda, she has a sexy back. She has long light brown hair that almost reaches her lowers back and has deep beautiful green eyes. Yamada is a little insecure about her bust size and is jealous of those who are curvier than her. But according to everyone else in school, she is simply drop-dead gorgeous.

Initially, Kosuda is nothing but a tool for her to lose her virginity and then sleep with a more experienced partner. But as she starts spending more time with him, she actually starts to develop feelings for him. Later she even gets jealous when he talks to other girls or makes other female companions. She has a very overactive imagination that always leads her to think about sex. On the outside, she seems to be very calm and composed but she is actually over-sexed and can’t stop thinking about her crazy fantasies. She also tries to maintain her body really well and follows a particular set of sex strategies to make sure that a guy’s attention would not go down on her vagina; which she thinks looks weird.