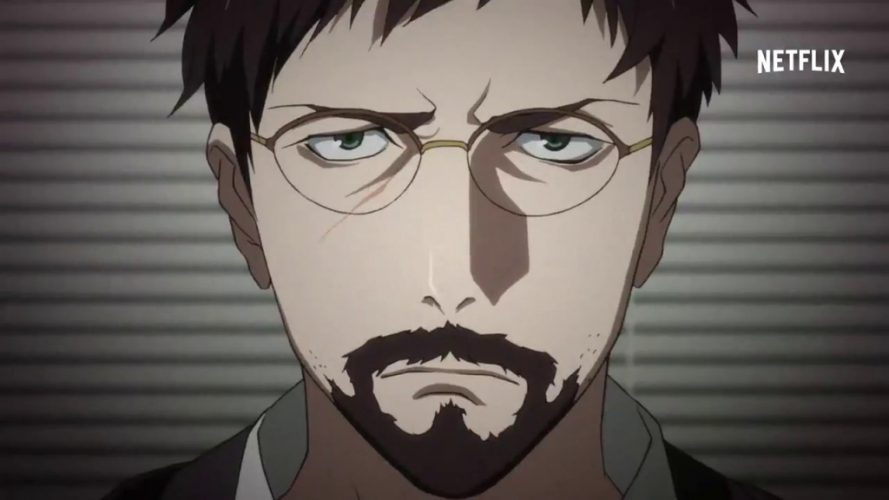 B: The Beginning Season 2 Release Date: When will it premiere?

B: The Beginning season 1 released across the world on March 2, 2018, and all 12 episodes were released together. A few months after the release of Season 1, Netflix announced on June 12, 2018 that it had renewed the show for a second season.

However, as of now, Netflix has not announced when Season 2 will be released. That being said, since the show was renewed in June 2018, we can expect it to premiere within a year as production should not take longer than that. Thus, we can expect B: The Beginning season 2 to premiere sometime in March, 2020 or later. We’re keeping our ears open for news on the release date of Season 2, and we’ll update this section as soon as we hear more.

B: The Beginning English Dub:

Being an anime show aimed at international audiences, B: The Beginning has an excellent English dub. Of course, since it’s a Netflix Original show, you can find both the English and the original Japanese versions on Netflix.

B: The Beginning Plot:

The show is set in a fictional archipelagic nation called Cremona and follows a few people whose lives get intertwined when a serial killer starts wreaking havoc on a city. As far as its timeline is concerned, B: The Beginning is set in the future when the entire world is powered by advanced technology.

In this backdrop, the show focuses on two main characters whose lives get intertwined owing to circumstances beyond their control. On one hand, a genius investigator called Keith Flick, who is part of the country’s Royal Investigation Society (RIS), is brought in to help out in an investigation into a vicious serial killer, known simply as Killer B. On the other hand, there’s the story of a seemingly normal boy called Koku, who in actuality is an extraterrestrial being searching for his lost companion. Through a series of seemingly unrelated events, Keith’s world collides with Koku’s and their individual quests culminate in them encountering a secret organization, a research project on the resurrection of gods, and a prophecy which foretells the rise of an entity called the “Black King”.

As you can understand, B: The Beginning has a plot which blends crime drama and sci-fi elements. While these two genres don’t always gel well, the show manages to execute its vision masterfully, and strikes a near perfect balance between its crime drama and sci-fi elements. Further, the story arcs of the two main characters get roughly equal screen time, which makes the show a compelling watch.

That being said, it should be noted that the plot of B: The Beginning is quite convoluted and might be difficult to grasp for people who are not accustomed to convoluted plots. The two main protagonists in the show are well-developed too, although Keith comes off as more realistic and relatable that Koku. While the characters slip into their roles really well, the show also does a great job at maintaining an air of mystery and tension throughout, and will be a treat for those who are fans of crime drama, science fiction or both. However, towards the end, it feels like B: The Beginning is trying too hard to keep its plot compelling, and this can be said to be the only downside of the show.

B: The Beginning Characters:

Keith Kazama Flick: The main protagonist of the show insofar as the crime aspect is concerned, Keith is a genius detective. In the show it is revealed that Keith had left detective work eight years ago following the brutal murder of his sister, Erina. However, Keith comes out of retirement when the Royal Investigation Society (RIS) begs for his help in solving cases connected to the serial killer known as Killer B. At first glance, Keith comes off as lazy, but his laziness coupled with his eccentricity gives him the air of an absent minded genius. Owing to his abnormal deductive and inductive abilities, Keith is able to sense the intentions and moves of his target beforehand, and often acts in advance in anticipation of a move. He is also shown to be tremendously skilled at mathematics, and can make portraits out of math formulae. Insofar as Keith’s personality is concerned, he is shown to be short-tempered and quick to action, and often sneaks off on his own while solving a case. However, Keith is not opposed to asking for help, and does so when required.

Koku: Another main character in the show, Koku comes off as a quiet and nice teenager. When Koku is introduced, we learn that he works as a violin craftsman despite not being a violinist himself. In spite of his seemingly normal appearance and very humane personality, it is revealed that Koku is actually an extraterrestrial who has spent the last seven years searching for his lost love, Yuna, in the hopes of reuniting with her. As the show progresses, more facets of Koku’s real identity is revealed, and we learn that he is in fact the serial killer known as Killer B. Further, being an extraterrestrial, Koku is also revealed to be the prophesized Black King. When Koku moonlights as Killer B, he has a distinctly different personality and is shown to be aggressive, meticulous, and ruthless. In his form as the Black King, Koku’s skin turns black and he sprouts two wings from his back. Further, as the Black King, Koku has the ability to transform one arm and one leg into steel, turning them into deadly weapons.

Lily Hoshina: While Lily is not as important as Keith or Koku, she also plays an important part in the show. A detective with Royal Investigation Service (RIS), Lily hails from a family of violin craftsmen, and it is her family which employs Koku. Although Lily comes across as childish and scatterbrained, she is shown to be an extremely competent detective who is serious at her job and is adept at solving cases.