Will There be a Baby Daddy Season 7 or is it Cancelled? 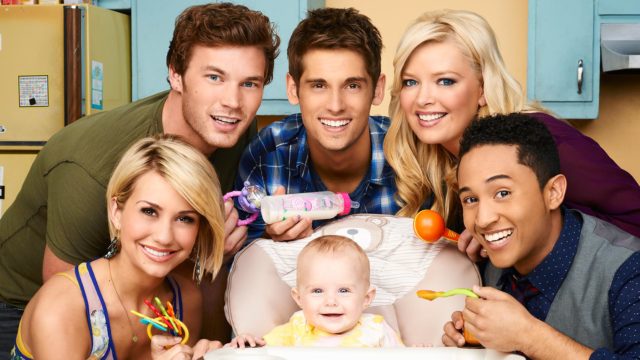 ‘Baby Daddy’, inspired by the superhit 1980s movie, ‘Three Men and a Baby’, is an American sitcom that airs on Freeform. It first premiered on June 20, 2012, and revolves around a 20-something bartender named Ben who becomes the unexpected father of his baby. He did not even know he became a dad after a one-night stand and now has to raise the girl on his own, with some help from his brother, his mom, and two best friends. Created by Dan Berendsen, the show has seen a total of seven seasons till now. Will there be a Baby Daddy season 7? Let’s find out.

Baby Daddy Cast: Who is in it?

Jean-Luc Bilodeau from ‘No Ordinary Family’ and ‘Best Player’ fame plays Benjamin Bon Jovi Wheeler aka Ben, the protagonist. Ben is a bachelor and works as a bartender, who one day, finds a baby girl named Emma left on his doorstep. He realizes to his horror that Emma is his daughter. Later, he falls for a woman named Elle and eventually, the two start dating.

Tahj Mowry (‘Full House’) is Tucker, Ben’s closest buddy and roommate. Tucker has an irrational love for food and harbors a friendly persona toward almost everyone. He is disowned by his dad when he decides to pursue a career in television after dropping out of law school. Tucker has a habit of not being able to stay in a single relationship but finally starts getting serious with his fellow tenant, the chatty and high-pitched Sondra.

Danny (Derek Theler) is Ben’s elder sibling and a seasoned hockey player. He is better than Ben in almost everything and yet his younger brother respects him for what he is. Danny loves the next-door girl, Riley and they finally end up going out together and then getting married. Bonnie (Melissa Peterman) is Ben and Danny’s, sometimes overbearing mother. Always cheerful, loud, and an extrovert, Bonnie is however warm-hearted and loves her boys and granddaughter. A realtor by profession and a lover of wine, she is in a relationship with Brad Walker.

Riley Perrin (Chelsea Kane) is both Ben and Danny’s close friend. She occasionally starts dating Ben and then gradually falls for Danny. She studies in law school and is brilliant when it comes to academics. Emma is Ben’s baby daughter with Angela as her real mother. Angela leaves Emma at Ben’s door and gives him full custody of the kid after she realizes that her career is more important than raising a toddler.

Baby Daddy Plot: What is it about?

Ben, a bachelor and a bartender in his 20s, is shocked when one day, he finds a baby left at his apartment’s doorstep. He later discovers that the girl, Emma, is actually his daughter. Unprepared on how to shoulder the duties of parenthood, Ben starts raising Emma with the help of his mother Bonnie, his older brother Danny, and his buddies Tucker and Riley.

‘Baby Daddy’, packed with its moments of laughter, fun, hijinks, shenanigans, and baby-raising hassles was an instant hit soon after it premiered. Ben is saved when his roomie, friend, and family pitch in to help him. Bonnie and Riley’s valuable tips also guide him through the chaos. Coupled with a charismatic, endearing, and humorous cast, ‘Baby Daddy’ brings in all the elements of a perfect situational comedy. Sometimes, the hints of humor are so realistic and silly that they often resemble those on reality tv. A heartwarming show that beautifully showcases parental role reversal, ‘Baby Daddy’ makes for a fulfilling, wholesome watch.

Baby Daddy Season 7 Release Date: When will it premiere?

‘Baby Daddy’ Season 6 premiered on Freeform on March 13, 2017. Its sixth season comprised of 11 episodes and concluded on May 22, 2017. After the finale, fans who had been faithful toward the show throughout its run were expecting a renewal soon enough. There were unresolved plot points, unfinished problems, and viewers longed to see their characters have satisfactory endings to their stories. However, surprisingly, Freeform announced in 2017 that they had axed the show after the sixth season. This was an unexpected bit of news. Even writer Andy Swift stated that he came up with “a make-shift series finale” for the 100th episode.

Since this update, social media platforms are replete with petitions from fans requesting someone to recommission the show. Some have even claimed that they would stop watching Freeform altogether if the platform does not reverse its decision. But still, there’s no official announcement confirming that we might actually see a season 7. So, as of now, ‘Baby Daddy’ season 7 stands cancelled. If by any stroke of luck, some other network decides to bring back the hit sitcom, we will immediately update this section.

You can check out the official promo trailer for ‘Baby Daddy’ Season 6 below. Additionally, if you have not watched the series, head to Freeform and catch up on all its previous episodes. All of its six seasons are currently streaming on the platform.