When Will Babylon Berlin Return to Netflix? 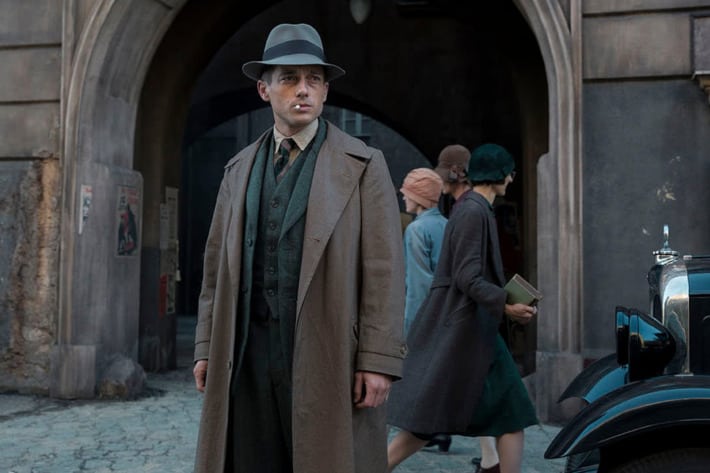 ‘Babylon Berlin’ is a German neo-noir crime show with elements of period drama. Although the series airs on Sky 1, which is a German-language entertainment channel broadcast by Sky Deutschland, Netflix picked it up, making it available for audiences in the USA, Canada, and Australia. The series first premiered on October 13, 2017.

The source material of the series is based on the books written by Volker Kutscher, and the events take place in Germany. The narrative of the story is based on two characters, Gereon Rath, who has been transferred from Cologne to Berlin, and Charlotte Ritter. While the former is an inspector on a secret mission to dismantle an extortion ring, the latter is a stenotypist aspiring to be an inspector. The events unfurl during the Weimar Republic in Berlin in 1929.

Tom Tykwer, Achim von Borries, and Henk Handloegtenare the creators of the show, and the writers. The main aim of the show, according to them, is to show Germany that is not influenced by World War II.

Notably, the series is described as the most expensive television drama series in Germany’s history. Considering the spectacle surrounding it, and the intriguing plot, the series has a very strong fan base, which has only increased since Netflix picked up the show. The critics have been quick to heap praise on the series and a cultural critic also pointed out how the show manages to put across the message of angst that has always been typical of German cinema.

Many have labeled the series is in the same vein as Fritz Lang’s ‘Metropolis’ or Robert Wiene’s ‘The Cabinet of Dr. Caligari’, which are not just stellar examples of German cinema, but forerunners of world cinema as well.

After spanning two remarkable seasons, the series was renewed for another season. Here is all we know about Babylon Berlin Season 3.

Babylon Berlin Cast: Who is in it?

The cast of ‘Babylon Berlin’ is led by Volker Bruch who plays the role of Inspector Gereon Rath, a veteran of the German Imperial Army from World War I and a policeman serving in Berlin and Cologne. Rath has powerful friends, including the Chancellor of West Germany. He, however, suffers from PTSD and survivor’s guilt since his brother is missing in action since the war. He also cannot bring to reconcile his faith as a Roman Catholic with the affair he has with his sister in law. Burdened by all this, Rath often takes morphine as self-medication.

Liv Lisa Fries appears as Charlotte Ritter, who is a flapper, meaning a generation of women who eschewed moralistic traditional behavior. Ritter is from the slums of Wedding and acts as an occasional prostitute at the Moka Efti cabaret. However, she has a job as a clerk and dreams of being the first female homicide detective in the history of the Berlin police. There are several other characters, within the police force and in the different echelons of the government, and they each have their roles to play in keeping the intrigue of this series alive.

Babylon Berlin Plot: What is it about?

‘Babylon Berlin’ introduces us to a story which at first appears to be a simple task of solving a criminal case but turns out to be so much more. Set in a time when Germany, when the country is dealing with corruption and political unrest, Rath along with his team tries to uncover a mystery filled with drug dealing and gun trafficking.

And there is also something there about missing Imperial Russian Gold. We see a Berlin, as we have never seen before. We are taken to the underbelly and shown how the criminal aspects operate, and we are taken to the nightclubs where the Jazz age seems to be in full swing and the patrons do not seem to care about what is happening.

Amidst this city teeming with crime and life, a hardened detective and a bright-eyed woman try to get to the bottom of things by solving cases and exposing corruption. Over the seasons, we see them take on different cases and face different antagonists, but their key goal is to maintain the political stability in Berlin and to weed out corruption and crime when possible.

In season 3, we will see the story based on ‘The Silent Death’, which is the second out of six books that Kutscher wrote, where Rath appears as the detective. Based on the plot of the book, one can surmise that the next season will be about the murder of an actress, Betty Winter. Rath teams up with his ex, Charlotte, so that might be the cause of some tension. However, they also receive help from the mayor of Cologne himself. It remains to be seen what obstacles, twists, and turns lie in the path of investigating the shady circumstances surrounding the actress’ death.

Babylon Berlin Season 3 Release Date: When will it premiere?

The good news for the fans is that the show has been renewed for the third as well as the fourth season, due to its popularity among viewers worldwide. Babylon Berlin Season 3 premiered on January 14, 2020, on Sky 1. It will conclude with its 12th episode on February 28, 2020.

Babylon Berlin Season 3 is set to premiere in all its entirety on February 28, 2020, on Netflix.

You can check out the trailer for season 3 below: