When Will Back Season 2 Premiere on Channel 4? 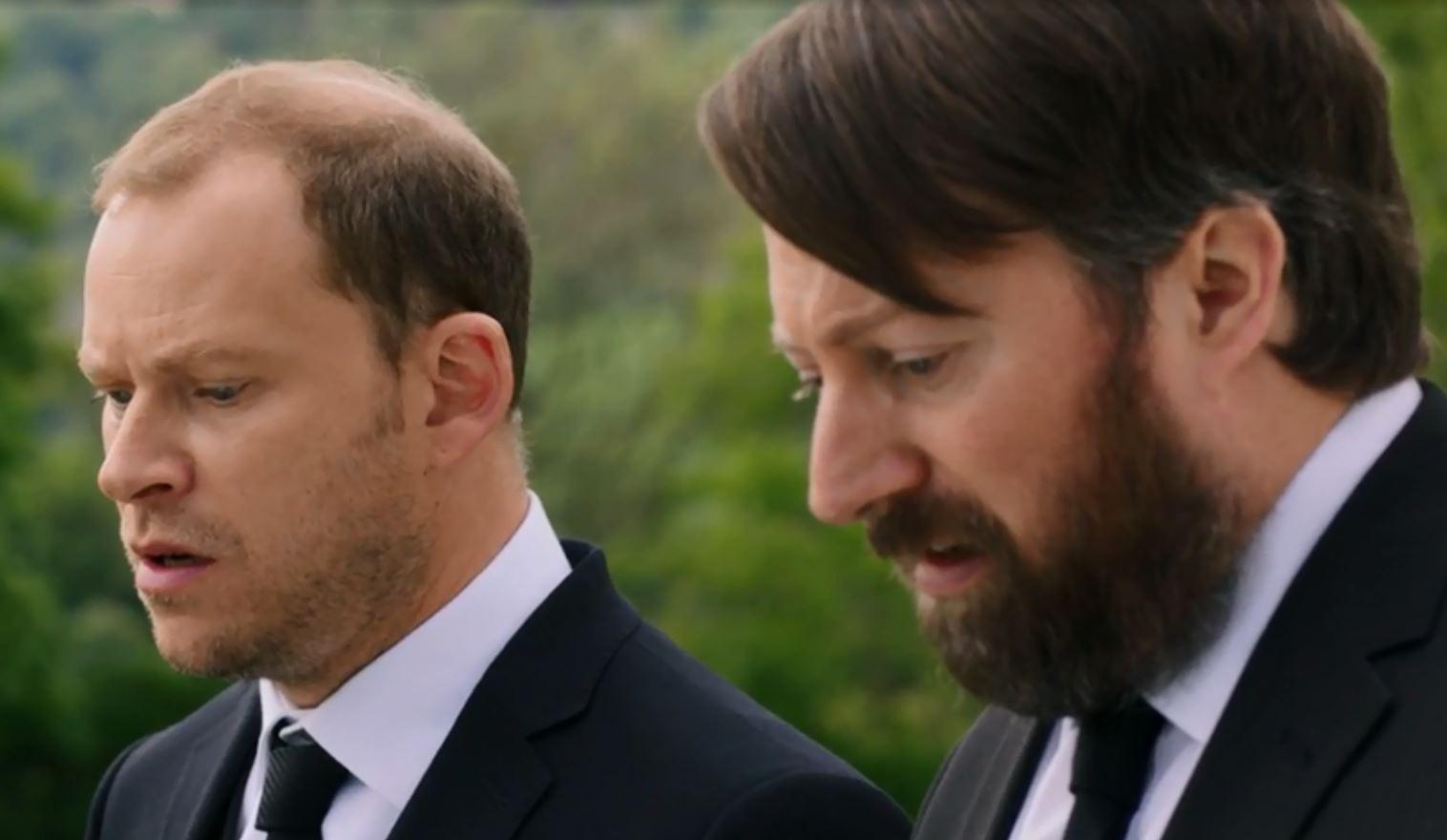 For a much-cherished major network steeped into the legacy of the classic British-humour sitcoms, Channel 4 has been braving the waters of new genre-combos with its comedies for the past couple years. Taking a look at its most ambitious titles (in no particular order), we can see that only Fresh Meat has held up with a traditional sitcom vibe — like It’s Always Sunny in Philadelphia — but British and sometimes heavy on the social/political commentary, and even then it is more a dramedy than sitcom.

The rest have been very offbeat at least tonally: Catastrophe is bleak in its worldview, Flowers is about a dysfunctional family with a suicidal author husband and a frustrated and adulterous wife – and instead of an Arrested Development treatment, it features a legitimate take on mental illness. Back, on the other hand, is comparatively simplistic and not tonally nuanced, but it still stands out by virtue of throwing in a mystery into the mix, rich with deposits of comedy from the writers of Peep Show.

You must be wondering now: will there be a Back season 2? We will delve into that question, but first let’s quickly look into the details of the series.

Back Cast: Who is in it?

Like usual, one way you know it is a major network without having Channel 4’s tag emblazoned over it is just with a quick look at the cast. There is no mincing words: Back would go far just on the basis of star power alone. At the helm of it is, of course, the David Mitchell – Robert Webb chemistry. You will likely have known them as comics of the highest degree of renown once upon a time, but just for the sake of a summary: the Mitchel and Webb duo have done numerous gigs on the British stage and sitcom scene, often as a duet – be it Peep Show (2003-2015), The Mitchel and Webb Look (2006-2010), The Mitchell and Webb Situation (2011). While Mitchell has been more active as a writer and stage personality, Webb has a more fleshed-out acting career, tracing all the way back to a major role in Channel 4’s Fresh Meat (2011).

This is no one-man show (or two-men, as it were) either, because, alongside Mitchell and Webb’s Stephen and Andrew, there is Louise Brealey’s (Containment, The Gil Mayo Mysteries) Cass. You will likely remember her as Molly Hooper from BBC’s Sherlock even if you don’t watch many British shows. Penny Downey (London Has Fallen, New Street Law) also owns her scenes as Ellen. The rest of the main cast includes The State-starrer Jessica Gunning as Jan, Oliver Maltman as Mike, and Olivia Poulet as Alison.

Most of the said cast are expected to return for season 2, as and when that happens.

Back Plot: What is it about?

It is hard to pinpoint exactly the kind of plot structure Back goes for without spoiling it ever so lightly. For the purpose of keeping things as mild on the spoilers as possible, we will only outline the premise. The six-episode season 1 presents a situation reminiscent of The Cable Guy: it follows Stephen, the protagonist, who is to take over the family business (a suburban pub) after his father’s recent death. However, his plans are disrupted by the sudden appearance of his half-brother, formerly a foster child raised by Stephen’s parents in the past. Stephen’s predicament heightens as Andrew reunites with his family by charming all the family members – all but Stephen, who is convinced that his half-brother is a cold sociopath with mercenary motives.

What follows this premise is a barrage of quick-witted, punchy comedic scenes, Mitchell and Webb’s impeccable chemistry, and a tension looming large over the actual nature of Andrew, the foster brother. Although we are given a nudge towards Stephen’s perspective, the show pivots over the initial ambiguity of whether Webb’s character really is a psychopath or just a man who wants to relive the five months he spent with his foster family. The writing is, of course, its other strong-arm – from the pen of Peep Show writer Simon Blackwell. Interestingly enough, another Mitchell-Webb starrer that got imported to Showtime shortly afterwards (Ill Behaviour) is also from another Peep Show creator, Sam Bain – but Blackwell one-ups Ill Behaviour just with how well the plot congeals and balances between being humourous without sacrificing the nuance and sincerity of stakes.

Back Season 2 Release Date: When will it premiere?

Back Season 1 premiered on Channel 4 on September 6, 2017, and garnered overwhelmingly positive reviews from critics at the end of the first season.

Viewership-wise, its rating did not overtake the likes of Peep Show, but then the season was more of a mini-series format that was narrative-focused: the bulk of the viewership is supposed to build up as it appears on streaming services. Anyhow, the ratings were good enough for the renewal, and the production of the next season has already started. Channel 4 has not officially announced anything about a release date, but we would estimate Back season 2 to release sometime in mid-2020.

There has been no official announcements to confirm when the second season will be coming on air, and we can only hope that the hype will be quelled soon. However, while you wait for updates, if you want to get a taste of the show, you can find the official launch trailer for the debut season here.