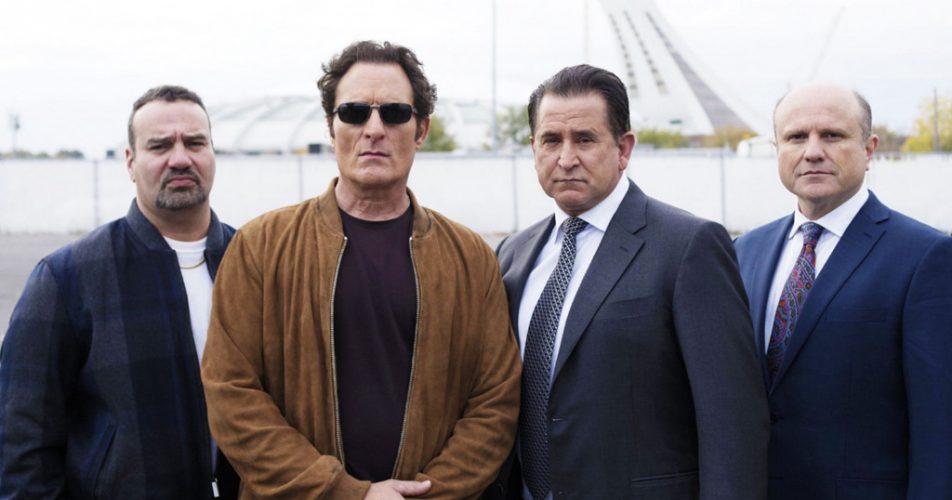 True crime, in particular, has been a genre in non-fiction TV entertainment that has seen a massive insurgency in popularity quotient since the mid-2010s. Because most of the blunt and shadowy charm of the genre comes from the already thrilling set-piece of a menacing underworld hanging as a black pall of a setting, the same decade has also seen a massive renewal of interested in criminality as a collective genre. In the past, this used to entail the typical cop procedural, and a number of astonishingly good and grand in both artistic merit and widespread popularity like The Wire have been the staple hallmark and parameter of brilliance in TV shows even before the 90’s.

This decade, however, flips that around in a sense. While crime drama has made it to the proverbial headliners and front pages of TV tabloids, the marked and unanimously praised showreel of crime drama is not a direct seep-in from the typical true crime investigative series. It is instead a thrust towards the dramatic, the tragic, and the anti-hero. It is a regeneration of the Godfathers and Goodfellas on the silver screen, and the award-winning neo-western dark horse Breaking Bad (5 seasons originally broadcasted till 2013 on AMC) marks its beginning.

Like in almost every aspect of contemporary TV, Netflix had been quick to recognize the potential in this understandably trending and hyped area of TV, and shows like Narcos were created. Because virtually each and every one of these anti-hero based shows that depict the criminal organization as its forefront, core figure, especially Narcos, have been excellent in their craft, direction, and entertainment value notwithstanding its morally dubious nature, have only contributed to make the genre much more fleshed out with a lucrative body of work.

In the same vein, as US has Narcos and its subsequent crime drama shenanigans on Netflix, and UK has shows like Peaky Blinders which strums the neo-noir notes so to speak, Canada has made its recent venture into the fray with ‘Bad Blood’, a show which depicts the drug-trading network, syndicates, and the Montreal-based Rizzuto crime family. The show first premiered on September 21, 2017 on CityTV and since then has had a total of two seasons.

Bad Blood Cast: Who’s in it?

Created and produced by Simon Barry, Bad Blood does have some degree of star-based press going for it. The very first seasons starred Anthony LaPaglia from Autumn in New York and Without A Trace as the patriarch of the Rizutto family, whereas the second season transferred the title of the protagonist figure to Declan Gardiner, the second-in-command to Vito, played by none other than Kim Coates. Unlike much of the cast who are reasonably famous, but household names only in Canada, Kim Coates is comparatively Hollywood-famous, thanks to his decades-long career on the big screen and an impressively large oeuvre of acting works – which includes films like Pearl Harbour, and has also played Tig, a major role, in the very akin crime drama series Sons of Anarchy.

Even though Bad Blood has undergone a change in the lead figure in the two extant seasons, Kim Coates will still likely play a major role in the upcoming tentative third season, if not as the protagonist again. Other actors and actresses who are likely to make a return to the show are Louis Ferreira, Melanie Scrofano, and Ryan Mcdonald in their respective roles. Note, however, that this is still an educated guess, and subject to change in accordance with their acting contracts and where the story will lead to in the next season, none of which has been disclosed to any extent yet.

Bad Blood Plot: What is it about?

Bad Blood is a textbook mafia drama based on the research of Peter Edwards and Antonio Nicaso documented in the book Business or Blood: Mafia Boss Vito Rizutto’s Last War – or so it had been up till season 1, when it was planned to be a miniseries. The second season of the show is a fictional digression from the contents of the book, depicting the exploits and trials of Declane, Vito Rizzuto’s right hand and the chosen heir to the Rizzuto crime empire. Likewise, the third season will possibly be more original plot from the creative crew of the show.

Bad Blood Season 3 Release Date: When will it premiere?

Bad Blood Season 2 premiered on October 10, 2018. Additional episodes of season 2 were released on Netflix on May 31, 2019. Both seasons of the show were fairly well-received in the U.S. and Canada, owing partly to the great performances from the actors. Given these factors, and the fact that there is some degree of hype for a continuation of the family’s goings-on and what happens of Declan himself after the events of season 2, there is the possibility of a season 3. Our best guess is that Bad Blood season 3 can release sometime in October, 2019. We will update this article when we do receive more reliable news on it, so do keep a tab on us!

Since the renewal status is still pending, the contention surrounding the possibility of another season within the foreseeable future is still inconclusive. Likewise, there is also no promotional tease regarding another season or its contents thereof made available yet – we will have to wait as the third season gets confirmed and a trailer giving some insight into it hopefully drops soon. While waiting, what you can instead do is check out the official trailer for the second season above to see the new Declan in all his glory, while also catching up with the general vibe and momentum of the story.