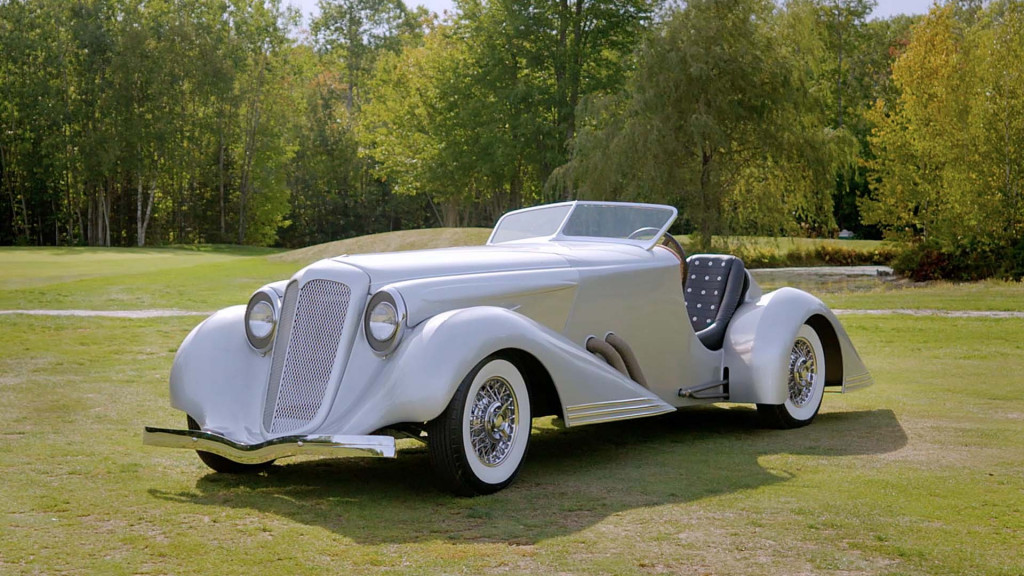 Reality TV, in all its popularity, has spawned numerous formats and genres in an attempt to attract and retain viewer interest. One such innovative show is ‘Bad Chad Customs’. Like most auto-building shows, it focuses on the main artist – in this case, Chad Hiltz or Bad Chad – and the team, working to transform mundane, run-of-the-mill vehicles into the stuff of legends!

The thing that sets ‘Bad Chad Customs’ apart from others, is the fact that Bad Chad and his team are located in a small workshop in a rural town, and working with little more than scrap that they can salvage. They use the most basic of tools, no fancy equipment, to churn out award-winning auto rebuilds!

The show first premiered in the US in 2019 on Discovery Channel. Here’s everything we know about the next season of ‘Bad Chad Customs’.

‘Bad Chad Customs’ season 1 premiered on January 2, 2019, on the Discovery Channel and ended its run on February 6, 2019. The first season consisted of six episodes of an hour each. As far as the next season goes, here is the thing. The show was soon renewed for its second season, owing to the positive reviews from fans. ‘Bad Chad Customs’ season 2 premieres on August 17, 2020, at 10 pm ET/PT.

The show stars eponymous Bad Chad, Chad Hiltz – master artisan and auto builder. Others in the show include his shop manager and fiancée, Jolene MacIntyre, his son Colton Hiltz, as an apprentice, along with longtime friend and builder Aaron Rand, and his expert mechanic Alex Gould. Together they transform scrapyard junk into award-winning custom cars – almost by magic! With only the most basic of equipment, insanely tight deadlines, and very little money, Chad excels at innovating and his creative mind and ingenuity often supply solutions to seemingly insurmountable odds. In season 2, the entire crew is making a comeback.

What Can Bad Chad Customs Season 2 be About?

Living in a small town in rural Canada, Chad Hiltz creates one-of-a-kind rebuilt auto masterpieces with little more than grit, imagination, and creativity. He and his team, which includes fiancée Jolene and son Colton, work on some of the most surprising “makeovers” for cars that the audience has ever seen! At the top of his creative form, Chad can take scraps and parts from wildly different vehicles and models to incorporate into his current auto design and turn out something magnificent. Chad Hilz is an expert at transforming worthless-looking materials into fully functional automotive masterpieces that can take you up and down the road. He has what we call unparalleled vision when it comes to creativity and ingenuity at utilizing waste materials to give birth to worthy structures.

Chad’s creativity seems to have no boundaries, using parts from aircraft, boat, non-automotive related materials, even kitchen cabinets, making them serve his purposes and putting together his unique and thrilling auto creations. As one of Chad’s neighbors said, admiringly, “Chad Hiltz could build a Bugatti out of a chicken coop”. Already quite the legend in his small community, Bad Chad has been known to dismantle a dysfunctional aircraft, ships, and other non-automotive builds and give them a form of unique automotive creations.

Apart from everything else, ‘Bad Chad Customs’ also highlights the existing and evolving relationship between Bad Chad and Colton. While he was growing up, Colton was able to spend only limited time with his father. But their mutual love for cars has always been a common ground, and working with his father now, as a full-time apprentice, Colton is trying to rebuild his relationship with his father and to learn the family business.

In season 2, Chad and his newly branded ‘Hiltz Auto Co’ team try to complete a record seven builds in under six months. The crew’s foremost challenging build is to overhaul a 1957 Cadillac into a futuristic roadster. Next, Chad tries his hands at the first-ever motorcycle build to create a unique customized vehicle for a body shop owner. Other projects tackled in the season include dump trucks and open-wheel racecars, among others.

Check out the teaser for season 2 below: