Bad Mothers Season 2: Everything We Know 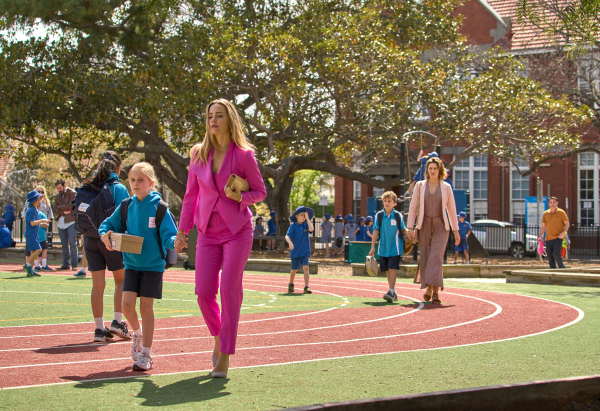 ‘Bad Mothers’ is a soapy Australian suspense-drama that has been compared to ‘Desperate Housewives’ and ‘Big Little Lies‘ — minus the star-studded cast. It is about a bunch of mums, who often forget about the whereabouts of their kids while nursing bad hangovers. The show originally premiered on the Nine Network in Australia, after which it was taken up by Sundance Now to air for its US audience. With its first season having ended, read on to know everything about ‘Bad Mothers’ season 2.

Bad Mothers Season 2 Cast: Who Can be in it?

Leading the cast in ‘Bad Mothers’ is Melissa George as Charlotte, Tess Haubrich as Sarah, Daniel MacPherson as Anton, Don Hany as Kyle, Steve Bastoni as Tom, Mandy McElhinney as Maddie, Shalom Brune-Franklin as Bindy, Jessica Tovey as Danielle, and Kate Lister as Phoebe. Season 2 is expected to see the return of the entire lead cast.

Bad Mothers Season 2 Plot: What Can it be About?

‘Bad Mothers’ is a glamorous and humorous drama that dives deep into the issues of modern motherhood. It tells the story through the eyes of four women who juggle multiple problems, including love, family, professions, cheating, and ….. finally, murder! The tale starts off with Sarah who is a local GP and a doting wife and mum. She has a perfect life but things take a drastic turn when she discovers that her husband Anton is involved with her best friend Charlotte.

To make matters worse, Charlotte turns up dead, and Anton ends up getting arrested as the prime suspect. Sarah’s life spirals out of control but then she finds support in an unlikely bunch of mums, who call themselves ‘The Bad Mothers Club’. Sarah finds solace amidst the chaos as she builds new friendships with the outgoing Danielle, the party-lover Bindy, and the fierce mum Maddie. However, as Sarah attempts to leave her old life behind, she is stopped by a major concern — Anton claims he is innocent. Sarah, therefore, decides to tackle the mystery on her own to clear her cheating husband’s name.

‘Bad Mothers’ was branded as Nine Network’s biggest drama launch in 2019 and it ranked no.1 in its slot. Shannon Cooper, VP of Programming, Sundance Now, said to Deadline, “Sundance Now subscribers are looking for their next streaming obsession, and with its entertaining mix of comedy, drama, and plenty of surprises, Bad Mothers is a perfect addition to our slate. We’re excited to partner with Red Arrow Studios International, Jungle Entertainment and Filthy Productions to bring this high-quality drama to US audiences.”

The first season ends on a satisfying note, with solid answers to the main murder mystery. New story arcs that can be explored in season 2 are Sarah and Kyle’s unresolved feelings, Sam and Bindy’s complicated relationship, and Danielle’s pregnancy.