What is the Net Worth of the Baeumlers? 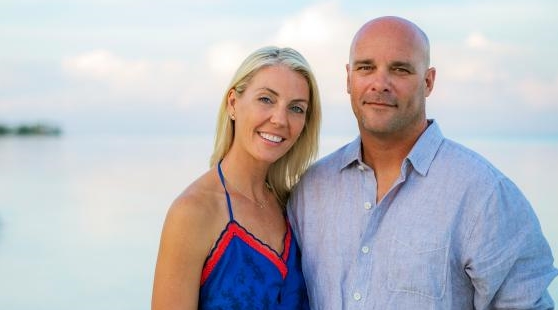 HGTV’s ‘Renovation Island‘ is the perfect addition to the channel’s roster of DIY shows, and we see the Baeumlers on a tropical island. The virtual Caribbean trip sees Bryan and Sarah, who visit the tiny island of South Andros and fall in love with the spectacular location. They move there and decide to renovate the sixties era holiday resort. ‘Renovation Island’ is all about their adventures during this process. However, working on a resort is no cheap affair, and the Baeumlers are likely to have spent a fortune. So, can they afford it? How much are they worth?

How Did Bryan and Sarah Make Their Money?

Bryan and Sarah are quite famous for their reality television stints, even before ‘Renovation Island.’ They’ve appeared in several shows for HGTV Canada, including ‘Disaster DIY,’ ‘House of Bryan,’ ‘Leave It to Bryan,’ and ‘Bryan, Inc.’ All of these have nicely supplemented Bryan and Sarah’s incomes. Of course, before the foray into the entertainment industry, Bryan had his own air cargo business, besides running contracting projects on the side.

Soon, he transitioned to a home construction business, which translated to the numerous television gigs which followed. As an enterprising man, it is not surprising that Bryan’s made quite a lot of money. Sarah’s appeared alongside her husband in quite a few of these shows, too, augmenting the family wealth.

While Bryan and Sarah have amassed quite some wealth from past projects, the couple has not spared any expenses while renovating the hotel either. They paid $2 million for the resort and then estimated they’d need $4 million to renovate it. You know what they say about the best-laid plans because Bryan later came clean that the entire renovation process cost them more than twice what they’d estimated. Thus, it is likely that Bryan and Sarah’s project led them to spend nearly $10 million. Here are Sarah and Bryan in front of their new hotel.

Sarah and Brian Baeumler Net Worth 2020:

Bryan and Sarah’s net worth as of 2020 is estimated to be around $20 million. However, the hotel must have taken a significant chunk of this, which means the couple might be worth around $10 million now. Bryan’s admitted that they are pretty deep in the project because they’ve bought the hotel outright. Moreover, the couple’s plans have hit a snag due to the coronavirus pandemic.

The Caerula Mar Club, their hotel, earned rave reviews and would have pulled in a great business. Unfortunately, the couple had to shut their resort due to travel restrictions. Bryan says that they’ve factored in that there won’t be profits at the start, and have contingencies in place, including staff management.

Bryan and Sarah are looking forward to opening their resort by October 2020, and the room rates start at around $385 a night, while the beach villas will cost you nearly $865 a night, or more. Thus, once the place is back in business, the Baeumlers will not only recover the cost of purchase and renovations but will also make a tidy profit that will add to their already impressive wealth. Here’s a picture of the resort while it’s closed for business.