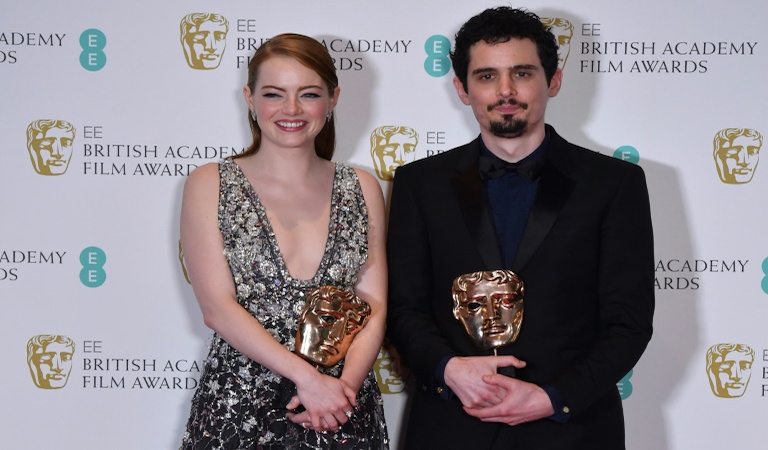 The winners of the EE British Academy Film Awards have been announced at the ceremony hosted by Stephen Fry at the Royal Albert Hall, London, on Sunday 12 February 2017.

Casey Affleck won Leading Actor for his role in Manchester by the Sea, which also earned its writer/director Kenneth Lonergan the award for Original Screenplay.

The ceremony was hosted for a 12th year by Stephen Fry and held at London’s Royal Albert Hall, and featured performances by Cirque du Soleil and Sheku Kanneh-Mason, winner of the BBC Young Musician 2016.

Supporting Actress went to Viola Davis for her role in Fences. All four actors are first-time BAFTA winners.

Outstanding British Film was won by I, Daniel Blake, directed by Ken Loach.

Ava DuVernay’s film, exploring race in the US criminal justice system, 13th, won the award for Documentary. Kubo and the Two Strings took the award for Animated Film, and Film Not in the English Language was won by Hungarian holocaust drama, Son of Saul.

Writer/director Babak Anvari and producers Emily Leo, Oliver Roskill and Lucan Toh received the award for Outstanding Debut by a British Writer, Director or Producer for Under the Shadow.

The EE Rising Star Award, voted for by the public, went to Tom Holland.

The Special Award for Outstanding British Contribution to Cinema was presented to film distributor and exhibitor Curzon for its work in bringing art house and foreign language cinema to British audiences.

Here’s the full list of winners (winners indicated with***)

Outstanding British Film
American Honey
Denial
Fantastic Beasts and Where to Find Them
I, Daniel Blake***
Notes on Blindness
Under the Shadow

Best Special Visual Effects
Arrival
Doctor Strange
Fantastic Beasts and Where to Find Them
The Jungle Book***
Rogue One: A Star Wars Story