Is Bake It Like Buddy Renewed for Season 2 on Discovery? 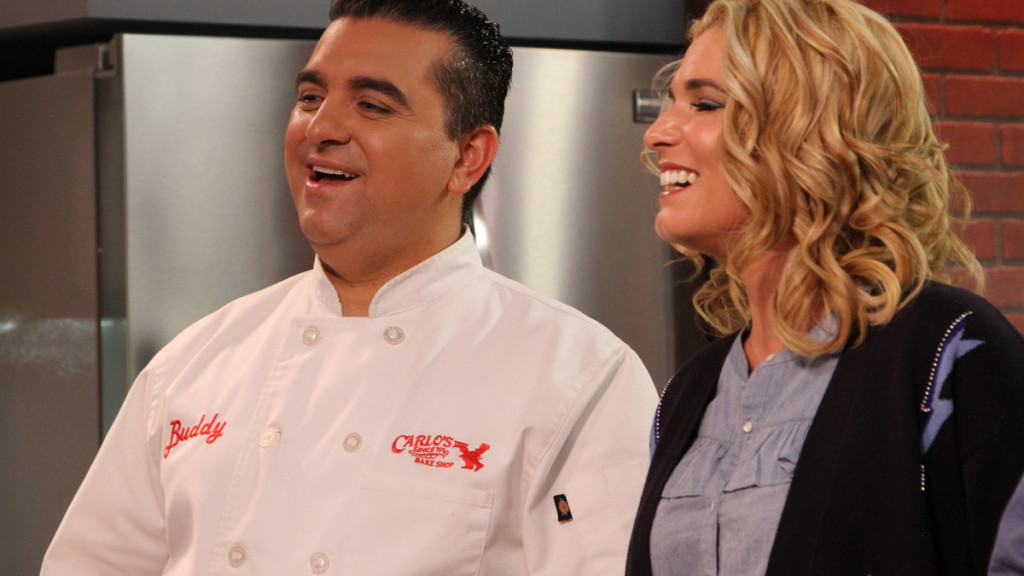 Cuisine has always been a pivotal element of every culture – so it is no surprise that food and cooking has also been a part of popular media. We seem to think that the live-TV addition to the canon of cookbooks and travelogues that detail recipes from across the world, one would think, was a recent phenomenon. But it used to exist in almost exactly the same formula before TV was invented.

Cooking shows were quite a frequent feature on radio channels in the mornings of the 1920’s – and the likes of Betty Crocker Cooking School of The Air would continue to exist till the 1940s when television had taken over the domain in both the US and the UK. Frugal Gourmet and its ilk would continue to dominate the scenes at least till the late ’70s. While the early generations of the show were mostly stale in innovation – cooking reality TV is a different thing altogether.

Like in other sub-genres of reality TV, cooking reality TV occupies a rather wide spectrum – covering everything from the cutthroat talent-show competition with confessionary sections, to more lighthearted celeb cooking shows, to non-competitive documentation of eateries as businesses (a blend of cooking and real estate).

Buddy Valastro’s recent cooking show, ‘Bake it Like Buddy’ on Discovery is something of a traditional baking competition show: it does not try anything particularly new but capitalizes well on everything cooking reality TV represents.

Bake It Like Buddy Cast: Who is in it?

Shows about cooking and baking have long been into the reality game show domain, but in its modern manifestation, every successful show with cooking as the core theme needs a known face – the chef. Reality show chefs are the perfect example of branding, in that their name becomes synonymous with how much traction a show gains right off the bat. Take for example the status of cultural icons to which Guy Fieri and Gordon Ramsay have been elevated, and you can figure how much chefs spell star power today.

‘Bake it Like Buddy’ does not make short of this criteria, as the name itself points out. The central star and host in the show is Buddy Valastro, Italian-origin Impractical Jokers’ chef and TV personality with over 20 game shows under his belt in over a decade, discounting appearances on shows like ‘Impractical Jokers’. Anyhow, as the name itself affirms, the ‘Cake Boss’ star Buddy Valastro as the host is intricately related with the identity of the show, and we are certain to see him back at the helm when a new season arrives. The other prominent cast member is judge Ralph Attanasia III, who also co-starred Buddy in ‘Cake Boss’.

The show has also featured a number of star contestants in the debut season – ‘Sweet Genius’ and ‘Bake You Rich’ star Chad Durkin, for example, but we do not know the whereabouts of the contestants for the next season currently. We will have to wait for further updates from Buddy Valastro’s creative team or Discovery Family for a more detailed look into the cast for season 2.

Bake It Like Buddy Plot: What is it about?

Structurally, Bake it Like Buddy does not particularly do anything innovative – it is the usual game show where two expert baking teams face off against each other. These duels of baking, one episode apiece, consists of an episode-specific task they must complete against time. The two twists that this show brings to the plate is firstly to scrap the round-based system popular with game shows this side of the spectrum. Instead, Bake it Like Buddy focuses on only one realistic task at hand: the contestants are given four hours to plan, bake, and design a cake based on a daily theme.

The consistents are teams of two rather than individuals – usually family duos ranging from people who are bakers by hobby or passion to veteran professionals in the field. Buddy and his team both mentor the contestants throughout the episode and proceed to judge them at the end, handing out a $1000 prize to the winner of the day’s competition. Shows like these are not known for changing their format over seasons, even more so for this show. Bake it Like Buddy relies on daily themes (e.g. Halloween or Sci-fi) to bring flavour and variety, so expect the show’s core structure to remain the same in the second season.

Bake It Like Buddy Season 2 Release Date: When will it premiere?

Bake it Like Buddy season 1 premiered on September 8, 2018. Given the positive reception it garnered, a second season would be very likely, and we would expect roughly a year of production time. This brings an estimated release date for Bake it Like Buddy season 2 sometime in Q4 2019. However, the network has not officially renewed the show yet – so by the book, a release date remains TBD.

While you wait for Discovery Family to shed light over the show’s production status for season 2, you could go watch the debut season that is just as fresh and rich with curious cakes and baking wonders. Check out the promo clip for it below and also watch it on Amazon’s Prime Video.