Bake Squad Season 2: Everything We Know 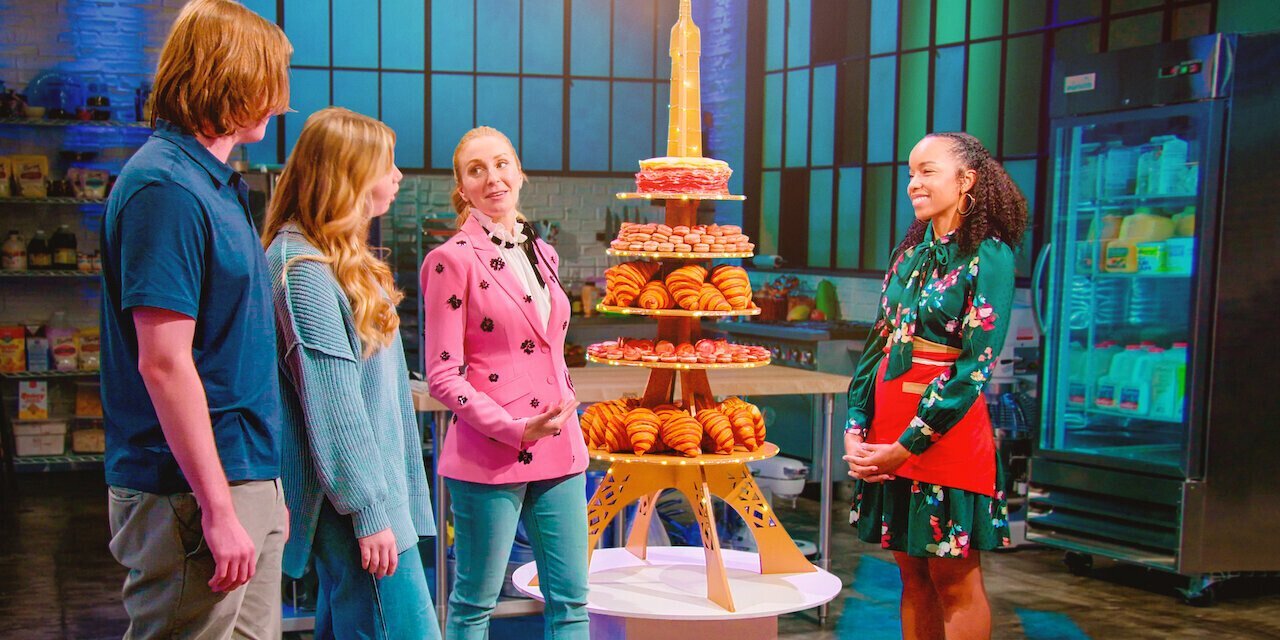 In each episode of ‘Bake Squad,’ four experts whip up four different delectable desserts to win over the clients who have to pick one of the creations for a special occasion. The desserts have to be rich, appealing, creative, and delicious, of course. The idea is to be the highlight of the celebration, be it a wedding or a birthday. The bakers are chosen by chef and television personality Christina Tosi. The reality series first premiered in August 2021.

Apart from being visually stunning and awe-inspiring, the series is a feel-good watch. It beautifully captures the emotional aspect of the celebrations and throws light on the entire process of creating the sweet marvels, right from conception of an idea to executing it. It is no wonder that the fans are hooked and can’t wait to get their hands on another season. So, will there be a second installment? Let’s find out!

‘Bake Squad’ season 1 landed in its entirety on August 11, 2021, on Netflix. The first season comprises eight episodes with a running time of 33-36 minutes each.

As far as the second season is concerned, here is what we have found. Netflix has not yet made a formal announcement regarding the show’s future and is unlikely to do so for another 2-3 months. The streaming giant typically waits a few months to gauge how a show performs before ordering a new round. But it seems like a second outing is a strong possibility for this series.

Netflix has been focusing on increasing its library of content for unscripted shows, and cooking and baking series are a part of that expansion. Shows like ‘Nailed It!’ have proven to be quite successful on the streaming platform, and its sixth season is already queued up for release on September 15, 2021. Moreover, Netflix will add new shows such as ‘Baking Impossible’ and ‘School of Chocolate’ to its list of offerings sometime in Fall 2021.

In addition to all this, the magnetic presence of Christina Tosi is enough to keep viewers hooked. She is famously known for being a judge on seasons 6,7, and 8 of ‘MasterChef.’ So, if the series meets the renewal criteria for Netflix and is greenlit before the end of 2021, we can expect ‘Bake Squad’ season 2 to release sometime in Q2 2022.

The series is helmed by Christina Tosi, who is the founder and CEO of the popular chain of dessert and bakery restaurants called Milk Bar. In the mid-2000s, she was hired by David Chang of Momofuku, who eventually encouraged her to start Milk Bar. In 2014, she was named by Food & Wine magazine as one of the “Most Innovative Women in Food and Drink.” You might recognize her from shows such as ‘MasterChef Junior,’ ‘Chopped,’ ‘Unique Sweets,’ and ‘The Mind of a Chef.’

The four expert bakers who compete to impress the clients are Ashley Holt, Maya-Camille Broussard, Gonzo Jimenez, and Christophe Rull. Ashley is a self-taught pastry chef, a cake artist, and the owner of Sugar Monsters Sweets in Brooklyn, New York City. She is the winner of ‘The Next Great Baker’ season 3 and also appeared in two seasons of ‘Cake Boss.’

Maya is a pie specialist and the founder of Chicago-based bakery Justice of the Pies. Christophe Rull is a French-born pastry illusionist who features in ‘Holiday Wars’ and ‘Halloween Wars.’ Finally, there is Gonzo, who is a chocolatier and the co-owner of Miette et Chocolat in Colorado. He is known for his unmatched skills in creating highly realistic and experimental chocolate art.