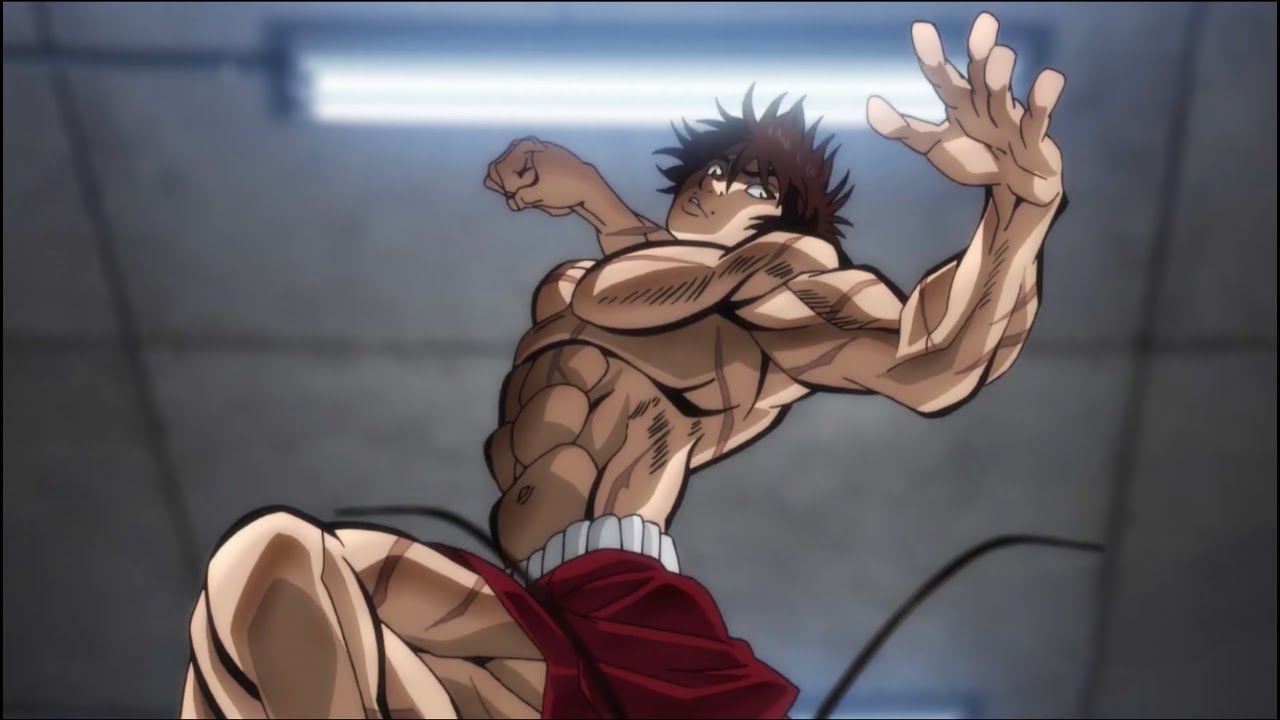 Based on a manga series written and illustrated by Keisuke Itagaki, ‘Baki Hanma,’ alternatively known as ‘Hanma Baki: Son of Ogre,’ is a Shounen action-adventure original net animation or ONA. It’s the anime adaptation of the third manga series in the ‘Baki’ franchise as well as Netflix’s third ‘Baki’ series and serves as the sequel to ‘Baki: Dai Raitaisai-hen.’

In the anime, Baki is an 18-year-old grappler who relentlessly trains to prepare himself for an ultimate showdown against his father, Yuujirou “Ogre” Hanma, “the strongest creature on Earth.” In the first season of the ONA, Baki abducts the President of the United States so that he would be sent to Arizona State Prison, where the Strongest Man in America, Biscuit “Mr. Unchained” Oliva, is supposedly incarcerated.

Baki desires to challenge Oliva to prove his worth as a fighter, but once he reaches the prison, he realizes that things are much more complicated than he initially thought. Following the first season’s release, ‘Baki Hanma’ has received positive reviews for the crisp animation and brutal fighting sequences. If you are wondering whether there will be a season 2, this is what we know.

‘Baki Hanma’ season 1 premiered on September 30, 2021, on Netflix. It comprises 12 episodes of about 24-minute runtime each. Studio TMS Entertainment developed the series, with Toshiki Hirano helming the directorial team and Tatsuhiko Urahata doing the series composition. As for season 2, this is what we know.

Neither the producers of the ONA nor the Netflix executives have yet confirmed the development of a second season of ‘Baki Hanma.’ However, Netflix is known for heavily investing in the anime industry, and the ‘Baki’ franchise has emerged as one of its most popular anime projects of recent years. Furthermore, the first season of ‘Baki Hanma’ ends on a cliffhanger, with a group of excavators finding a giant humanoid trapped in a saline rock formation. This is supposed to be Pickle, an individual belonging to a primitive species of humanity from the Jurassic/Cretaceous era, who serves as the primary opponent in the third saga of the manga series.

Itagaki’s ‘Baki Hanma’ manga series has 37 volumes divided among five sagas. The first season of the ONA adapts ‘Combat Shadow Fighting Saga’ and ‘Superior Prison Battle Saga’ (known together as ‘Oliva’s Fortress’). So, there is plenty of content available for future adaptations. Ultimately, it all depends upon the viewership number that the show generates. If it manages to replicate the success of the previous renditions of ‘Baki,’ a renewal is very much a possibility. And if that happens in the next few months, the audience can expect ‘Baki Hanma’ season 2 to come out sometime in 2022.

Baki Hanma Season 2 Plot: What Can It Be About?

In the season 1 finale, Baki wins his fight against Oliva, who later accepts his loss in front of the entire prison population. Oliva then forces the teenage fighter to leave as soon as possible to reclaim the title of the strongest fighter in the prison. Meanwhile, Yuujirou and Gerry Strydum converse about Baki’s victory over Oliva and the inevitable confrontation between the father and son. In Colorado, excavators find Pickle trapped and perfectly preserved in the rock salt layer 701 meters underground.

In the prospective season 2, the third saga of the manga series, ‘Wildman War – Pickle Wars Saga’ (also known as ‘The Prehistoric Menace’), might undergo anime adaptation. After Pickle is freed, he will be taken to Mitsunari Tokugawa to fight in the underground arena in Tokyo. He will quickly garner notoriety, which will set him up for a fight with Baki.