When Will Ball in the Family Season 6 Premiere on Facebook Watch? 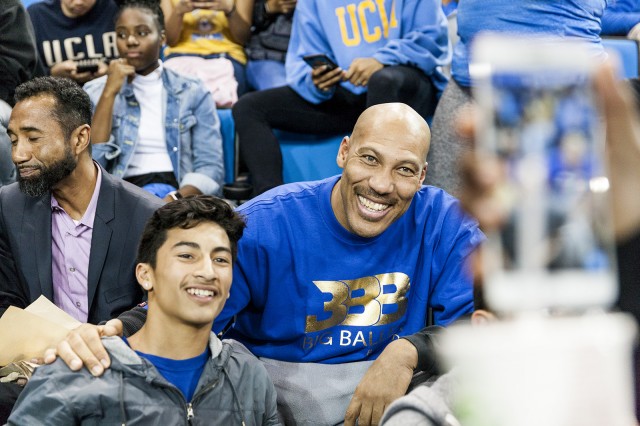 ‘Ball in the Family’ is a reality TV series that documents the ups and downs in the professional and personal lives of the iconic basketball clan, namely, the Ball family. It airs on Facebook Watch. A Bunim/Murray production, it is produced by LaVar and Tina Ball.

After spanning four successful seasons and 82 episodes, it was announced on June 12, 2019, that the show had been renewed for a fifth season, which aired in August 2019. Now the question is, will there be a ‘Ball in the Family’ season 6? Let’s find out.

Ball in the Family Cast: Who is in it?

Executive produced by Gil Goldschien, Julie Pizzi, Farnaz Farjam, and Steve Ezell, ‘Ball in the Family’ revolves around the five Ball family members. Lonzo Ball, the eldest son and the former guard at the University of California Los Angeles (UCLA) and the Los Angeles Lakers, is now the current guard for the New Orleans Pelicans. Joining him is LiAngelo Ball, the middle son and former guard for UCLA Bruins, BC Prienai of Lithuanian Basketball League and Los Angeles Ballers of the Junior Basketball Association (JBA).

Season 6, as and when it happens, is expected to see all the Ball family members reprising their original roles.

What is Ball in the Family about?

The primary essence of ‘Ball in the Family’ is the pursuit of understanding one’s potential to the fullest. This aspect forms an essential part of the everyday lives of Lonzo, LiAngelo, LaMelo, and their father LaVar Ball. Amidst the regular struggles of adolescence, teenage love, and vulnerably, we witness how the Ball siblings are constantly tested by their strict yet loving dad. While the patriarch stands firm on his goal of self-realization, this belief sometimes lands his family is risky, messy situations.

If you know LaVar, you might recognize his playing style, which was mainly steered by his focus on ruthless individualism. And this adamant attitude is what pushes him to follow the principle that there’s nothing in this world that cannot be achieved. The same faith has led Lonzo to become the starting point guard for LA Lakers, LiAngelo to be a prominent figure at UCLA, and LaMelo to score 92 points in a high school game. As per LaVar’s ideology, when your family is set to become a dynasty of sportsmen, it is inevitable that you hold on to your stubbornness and determination.

‘Ball In The Family’ begins by throwing the spotlight wholly on LaVar and his uncompromising, tough attitude. Yet affectionate and considerate, both as a husband and a dad, he helps Lonzo in navigating his recruitment days with the Lakers, strives to improve the image of his Big Baller Brand, and guides Tina through her recovery after her stroke. Detailing the minutest details of the unique Ball family, the show not only humanizes the clan but attempt to paint a picture, which surpasses their prominence as basketball icons.

Season 5 picks up the story from where the fourth part left off and we witness some big changes within the dynamics of the members. For example, one of the biggest transitions we see on the latest installment is Lonzo and LaVar’s conflicts regarding the Big Baller Brand. As per Lonzo, the brand is now simply “demolished” — a statement to which LaVar completely disagrees. Along with this, the new season delves deeper into the dynasty’s public personal life. According to Facebook, “The Ball family is BACK… and nothing is the same. Everything they’ve hustled for is on the line, and Season 5 is gonna be the wildest one yet”.

Season 6, when it is renewed, will continue the story further and document the various trials and tribulations as the Ball family struggles to keep up with their ambitions.

Ball in the Family Season 6 Release Date: When will it premiere?

After its premiere, the show received generally positive reviews from critics. Haley O’Shaughnessy (The Ringer) appreciated the series saying that it “Combines everything you’d expect with a touch of nuance and sympathy.” Myron Medcalf  (ESPN) stated that the series draws its inspiration from other Bunim and Murray titles, such as ‘Keeping Up with the Kardashians’. However, he did add that it is a bit different in terms of execution. According to him, “Unlike the Kardashians, who never really care about authenticity, Ball in the Family tries to be sympathetic to the Ball patriarch while showing his brashness isn’t just there to generate social media buzz.”

Viewed by more than 26 million people on its premiere date, ‘Ball in the Family’ is one of the platform’s wildly appreciated unscripted series. Additionally, it holds an immense scope to explore this incredible family and their ambitious journey further. Therefore, we are confident that it has a long way to go and shall be renewed for more seasons in the future. And if everything falls in place, ‘Ball in the Family’ season 6 is most likely to premiere sometime in August 2020.

Ball in the Family Trailer:

While we wait for an update on ‘Ball in the Family’ season 6, you can watch the season 5 trailer below. You can also head to Facebook Watch if you wish to catch up on all the previous episodes.