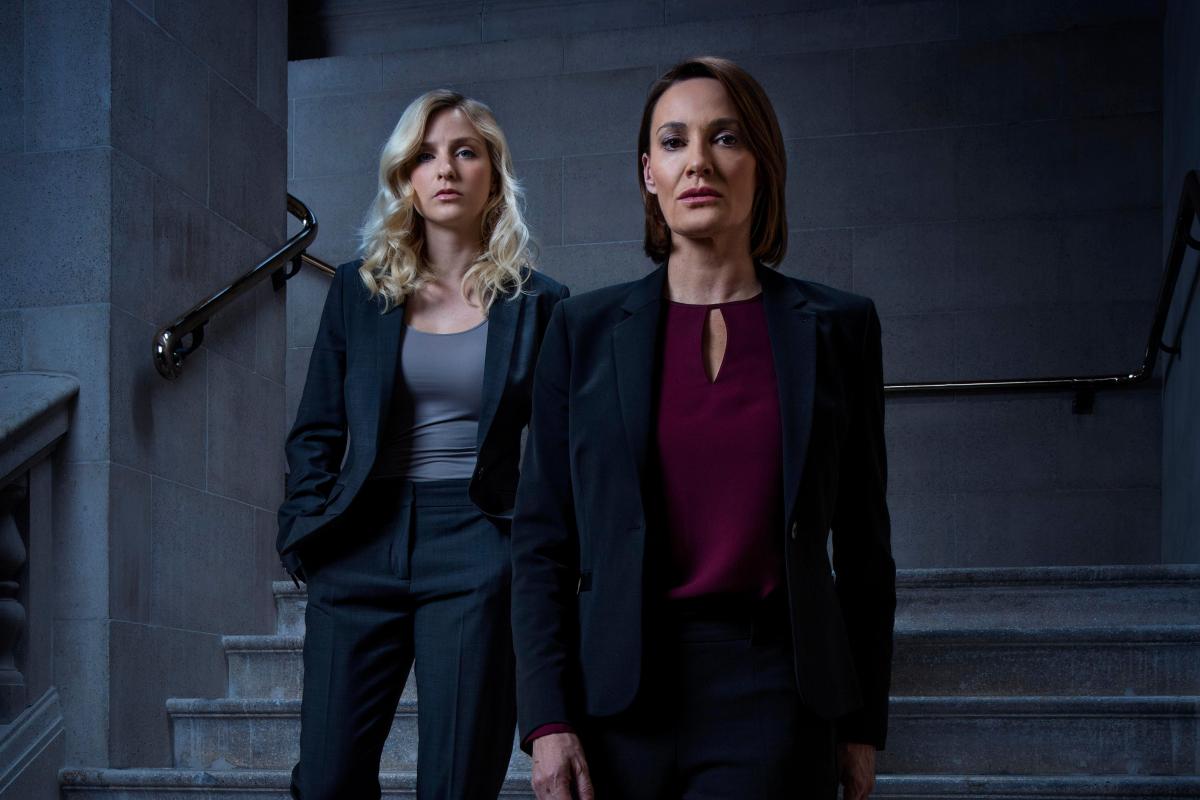 Did you know that in the UK, one out of every three books sold is a crime novel? Yes, the British are fascinated with this genre, a craze that can be traced back to the mid 19th century. Of course, we can credit the genesis of this popularity to Sir Arthur Conan Doyle’s Sherlock Holmes franchise. This category slowly seeped into the world of entertainment as well. Be it TV or movies, British crime dramas are exceptional, perfect, and almost always seamlessly executed.

Adding to this exhaustive catalog is ITV’s brilliantly written four-part series, ‘Bancroft’, which released on December 11, 2017, and concluded after airing for four consecutive dates. Created and written by Kate Brooke, it revolves around Detective Superintendent, Elizabeth Bancroft, who tries to take down a devious criminal gang. Meanwhile, another cold case is re-investigated by Detective Sergeant Katherine Stevens.

Bancroft Cast: Who is in it?

‘Bancroft’ features Sarah Parish as DSI/DCS Elizabeth Bancroft. Parish is a talented English actress who is best known for her roles as Dawn Rudge in ‘Peak Practise’, Allie Henshall in ‘Cutting It’, Annie Naylor in ‘Trust’, and Natalie Holden in ‘Blackpool’. Other notable mentions include her performances in ‘Doctor Who’, ‘Mistresses’, and ‘Broadchurch‘.

Bancroft Plot: What is it about?

Detective Superintendent Elizabeth Bancroft, an intelligent, smart, and efficient police official, is highly admired and respected by her colleagues. Ambitious and ruthless, she doesn’t hesitate to bend the law when the situation demands. She is extremely protective of her son Joe. At the peak of her career and with the reputation of a ‘good cop’, she does have her own troubles. Although she genuinely loves Joe, she slowly becomes isolated and estranged from him. She also makes a dangerous pact with crime boss Daanish Kamara and hence, comes under the strict scrutiny of Superintendent Cliff Walker, who strongly believes that she deserves the title of a corrupt cop.

Next, when Katherine reopens an old, unsolved case regarding the murder of Laura Fraser, past memories begin haunting Elizabeth and also brings back Tim Fraser into her life. Fraser and she were involved in a relationship, following Laura’s death, which did not end well. We also witness Katherine’s illicit affair with a married man and her renewed interest in Joe. Elizabeth’s life becomes further complicated when Joe is implicated in a horrific double murder case. As the world crashes around her and the repercussions of past incidents begin to resurface, she vows to protect her son but also has to face a terrifying antagonist.

Season 1 concludes with answering one major question — what was Elizabeth’s motivation behind the murder she committed in 1990? It also ends with Katherine being shot in the head by Bancroft after the former learns the truth. Although Elizabeth does the act during an armed raid and tries to pin it on a mobster, she doesn’t know that Katherine recorded the whole incident.

Now, with season 2 under the works, we hope that the next installment will connect the loose threads left behind after the season 1 finale. What would be the repercussions, now that Katherine has survived and is in a coma? Is Tim Fraser actually Joe’s father, like Bancroft confesses in the first part? Is there more to her corruption-packed and murderous past? We hope that the next season gives answers to all these questions.

Bancroft Season 2 Release Date: When will it premiere?

‘Bancroft’ season 1 released on ITV on December 11, 2017. And the channel has already commissioned it for another renewal. The next season will likely comprise four parts as well and shall see most of the original cast members reprising their previous roles. We are hopeful that ‘Bancroft’ season 2 will release sometime in December 2019.

‘Bancroft’, after its release in 2017, was one of the channel’s best-performing dramas during the year, with an average of 6.7 million and a 25.1% share of the available audience. And hence, we are hopeful that season 2 should also generate a similar response. Catherine Oldfield, Executive Producer of Tall Story Pictures, said that, “that the audience took to Elizabeth Bancroft in all her terrible, distorted glory in such numbers is fantastic. Kate has loads of brilliant twists and turns in store for this new series and I can’t wait to see what Sarah and the cast do with them.’

While we wait for an update on ‘Bancroft’ season 2, check out the season 1 trailer to refresh your memories. If you haven’t seen the show yet, head over to ITV to catch all the episodes of the previous season.