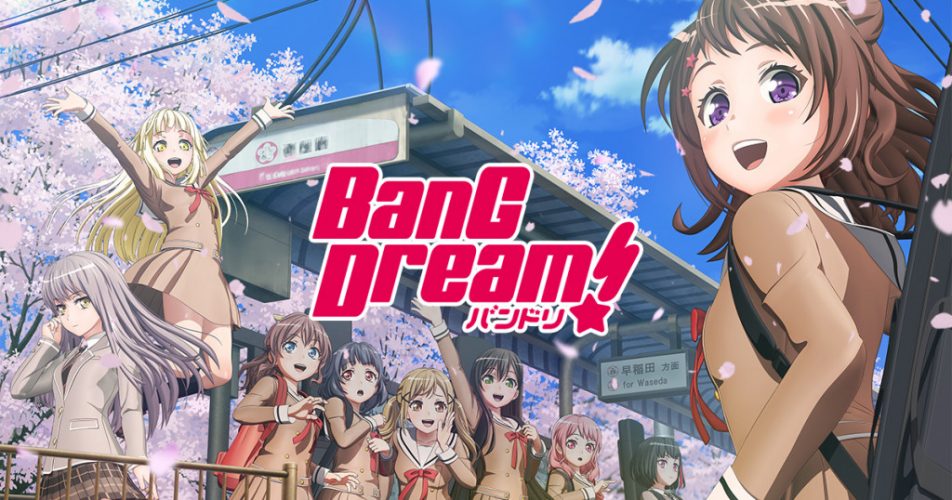 BanG Dream! (also known as Bandori in Japanese) is an anime television series which is part of the BanG Dream! Multimedia franchise created in January 2015 by a Japanese entertainment company called Bushiroad. The franchise, interestingly, consists of a real, all-girls band called Poppin’Party, which was formed in February 2015. The franchise also encompasses other bands, live concerts, music CDs, video games, a light novel series, several manga series and much more.

A couple of years after the formation of the franchise, anime studios Xebec and Issen announced plans to make an anime television series with Poppin’Party, and Season 1 of BanG Dream! premiered on January 21, 2017. It immediately became a hit, and was followed by the release of a special episode, titled BanG Dream!: Asonjatta!, on November 22, 2017.

In 2018, an anime miniseries, titled BanG Dream! Garupa☆Pico, was released, much to the delight of fans, and subsequently, a second and third season were announced, which were to be animated by an anime studio called Sanzigen. Season 2 then made its way to viewers’ screens on January 3, 2019, and now fans of the franchise are eagerly waiting for the third season. Here’s everything you need to know about Season 3.

BanG Dream! Season 3 Release Date: When will it premiere?

BanG Dream season 2 premiered on January 3, 2019 and ran till March 28, 2019. As far as the next season goes, we already know that it has been commissioned. The wishes of all the fans came true when after just one season, the anime was renewed for two more seasons. BanG Dream season 3 is all set to premiere on January 8, 2020. Considering the popularity of the show, it is expected that the studio not end at season 3 and would continue the series for more seasons.

After creating a massive buzz in Japan, BanG Dream! went on to amass a massive international fanbase. As a result, the creators of the show were forced to create an English dub for international fans, despite the difficulties involved in translating songs. The English dub was released for television by Animax Asia, and both Season 1 and Season 2 can be streamed online on HIDIVE.

The show primarily revolves around the origins of Poppin’Party and their progression as a band.

It starts off with a particular focus on a girl called Kasumi Toyama. When Kasumi was a child, she had gone camping and had heard the mysterious rhythm of the “Star Beat” while admiring the night sky. The sound left her mesmerized, and since then Kasumi embarked on a quest to rediscover it once again.

Years later, Kasumi finds herself enrolled at the Hanasakigawa Girls’ High School, still searching for something which will give her that sensation again. After trying myriad activities in search of the sensation, Kasumi hits the jackpot when she chances upon a star-shaped guitar in the storage room of an old pawn shop. Subsequently, Kasumi also attends a live concert and is thrilled to see what concerts have to offer. She then convinces herself that she has found her true calling, and decides to form a band. However, this proves to be far from easy, and after crossing many hurdles and making new friends, Kasumi and her friends finally form Poppin’Party, which bursts onto the music scene and takes Japan by storm.

After a promising start, the band runs into problems as Kasumi and the other band members graduate to the second year of high school. Burdened with new duties and part-time jobs, Kasumi and her fellow bandmates struggle to find time for practice. As the band ponders on the situation and their uncertain future, things take a dramatic turn when a mysterious stranger pushes them into the spotlight once again. As Poppin’Party returns to the stage, other all-girls bands like Afterglow, Pastel*Palettes, Roselia, and Hello, Happy World!, also arrive on the scene, filling Japan with brilliant music.

Owing the numerous bands in BanG Dream!, the show has dozens of characters. However, only the members of Poppin’Party serve as the main characters in the show, and below, we’ve provided you with a brief backgrounds on each of the members.

Kasumi Toyama: A student at the Hanasakigawa Girls’ High School, Kasumi’s desire to rediscover a childhood sensation leads to the formation of Poppin’Party. It all starts when Kasumi chances upon a red, star-shaped guitar in the basement of a pawnshop, and after she experiences a live concert, she decides to form a band. Kasumi serves as the lead singer and guitarist of Poppin’Party and plays a red ESP Random Star.

Tae Hanazono: The second guitarist of Poppin’Party, Tae is a skilled guitarist who has been playing from childhood. Tae is shown to have an exceptional love for music and works part-time at a live house. After Kasumi voices her desire to form a band, Tae comes onboard and teaches Kasumi the basics of playing a guitar. Tae plays a blue ESP Snapper, which she buys using money from her part-time work.

Rimi Ushigome: The bassist of Poppin’ Party, Rimi is the younger sister of Yuri Ushigome, who is part of another all-girls called Glitter☆Green. She uses a pink ESP Viper bass guitar, which was handed down to her by her elder sister.

Saya Yamabuki: Another student at the Hanasakigawa Girls’ High School, Saya is the drummer of Poppin’Party, and uses a Pearl drum kit. Apart from managing her studies and performing for Poppin’Party, Saya also helps out in running her family’s popular business – the Yamabuki Bakery.

Arisa Ichigaya: The final member of Poppin’Party, Arisa is the band’s keyboardist and uses a Roland JUNO-DS61 keyboard. An incredibly smart girl, Arisa gets good grades in school despite the time she spends with Poppin’Party. She is also shown to have a sharp tongue, and often clashes with Kasumi on many issues.

Apart from Poppin’Party, there are six other bands in the franchise, namely, Afterglow, Pastel＊Palettes, Roselia, Hello, Happy World!, Glitter☆Green, and Raise A Suilen, and each band has released numerous singles, including original songs and covers. At real live concerts, the voice actresses of Poppin’Party and Roselia play their characters’ respective instruments, while the members of the other bands provide vocals (the music, in these cases, is played by a stand-in band).