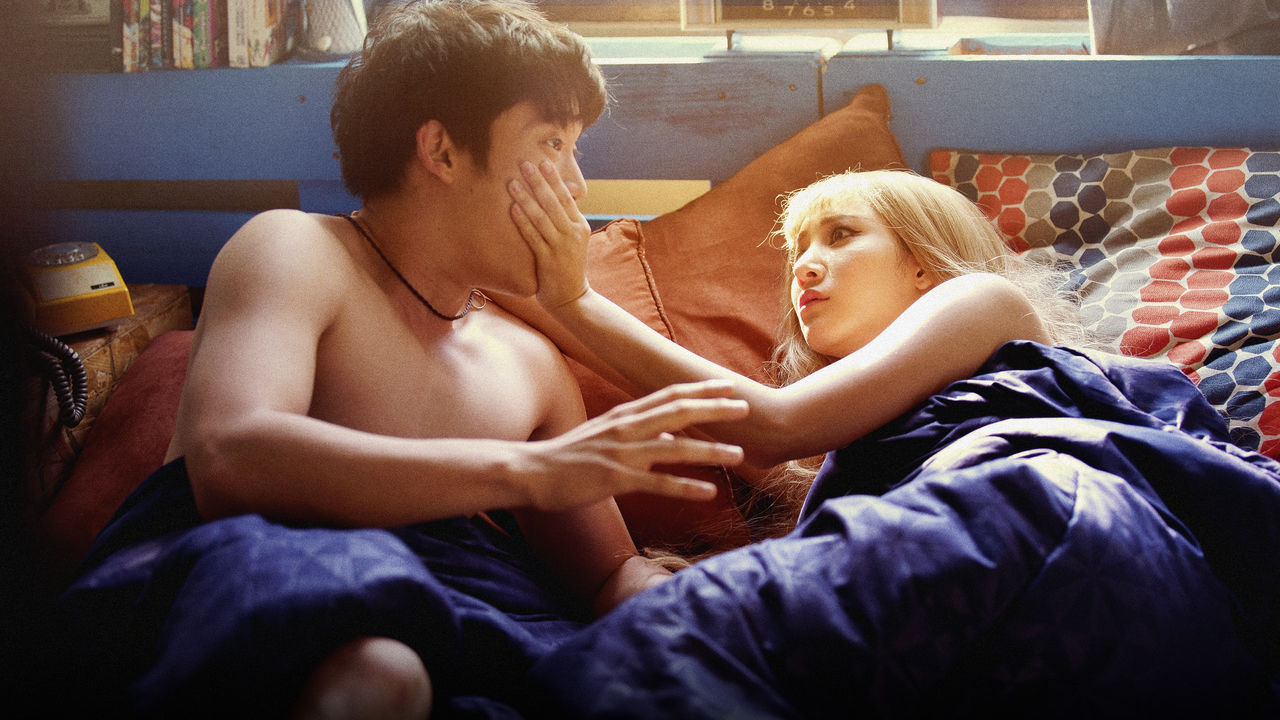 A colorful tale of romance, fun, love triangles, and heartbreaks, ‘Bangkok Love Stories: Innocence’ is set in the crowded, happening urban district of Bangkok, Silom. It is centered around a group of 20-something young adults and is mainly targeted toward the teenage generation. Bathed in plenty of glittering lights, bright shades, and heavy drama, the series, complete with subtitles, is available for its international audience on Netflix.

Bangkok Love Stories Innocence Cast: Who is in it?

Bangkok Love Stories Innocence Plot: What is it about?

The show begins by introducing us to Claudia, employed in a papaya-salad restaurant. She often indulges in arguments with her co-worker and carries a mean pestle, which she usually uses to scare off rowdy customers and sometimes, to grind food. Enter JC, who works at the KFC, next to Claudia’s workplace. When he successfully saves her from a tattooed muscleman, who tries to sexually assault her, we see an evident spark between the two. However, nothing much happens that night and she goes home and has a conversation with a photograph of a seemingly dead man.

On the other hand, JC is searching for the girl of his dreams. Eve works at a hostess bar (the US counterpart of strip clubs, minus the nudity or pole dancing.) One night, after she is wasted from having too many beers, Danny (the bar owner’s timid nephew) helps her off the sidewalk. He mistakes her for a hostess and harbors a crush on one of the women employed under his aunt. Mednoon, a forever flirt and Simon, a reserved gay man, are best friends. When they visit a stripper club, he catches the attention of a mysterious stripper, named Mr. K.

That’s it. These are our main characters and almost the entire story revolves around how they meet, how the chemistries develop, and how they tackle the multiple ups and downs in their relationships. Narrated in a quirky tone, some of the plus points here are decent performances, good cinematography, and of course, hot youngsters! The romances are cute and most of the time, the people are happy — which makes it a light, refreshing watch. Packing quite a punch in its character narratives, storytelling, concepts of love, and humorous, culture-specific jokes, it is a good watch for anybody who wishes to explore Asian dramas. There’s also a brave attempt to touch on topics such as sexual orientation and LGBTQ visibility. Hence, if you do want a gist of Asian culture from an emotional aspect, you should definitely give it a try.

‘Bangkok Love Stories: Innocence’ season 1 premiered in Thailand on November 14, 2018. The show debuted for its international audience on Netflix on March 8, 2019. The entire first season comprises 13 episodes, with a run time of 45 minutes (approximately) each. A light, breezy depiction of Thai culture, it introduces a bit of a different approach to the otherwise conventional genre of Asian shows — including tear-inducing Korean romance, spooky Japanese horror, gritty Indian suspense, or fast-paced Chinese action.

Will ‘Bangkok Love Stories: Innocence’ get renewed? Netflix is yet to come up with an official announcement. However, we do know that the platform is constantly pushing its way into the Asian entertainment market and constantly adding new shows. Moreover, the series has favorable approval ratings among the audience, proving that it received fairly good responses after its release, mainly from the 18-25 demography. Hence, we would not be surprised if the makers decide to go for another season and continue to tell the stories of these enthusiastic youngsters. And if this happens, we can expect ‘Bangkok Love Stories: Innocence’ season 2 to release sometime in November 2019. We shall update this section with more concrete news as and when we learn more.

While we wait for an update on ‘Bangkok Love Stories: Innocence’ season 2 release date, check out the trailer for season 1 here. Also, if you have not watched the show yet, head over to Netflix to catch up on all the episodes of the previous season.