When Will Bar Rescue Return to Paramount? 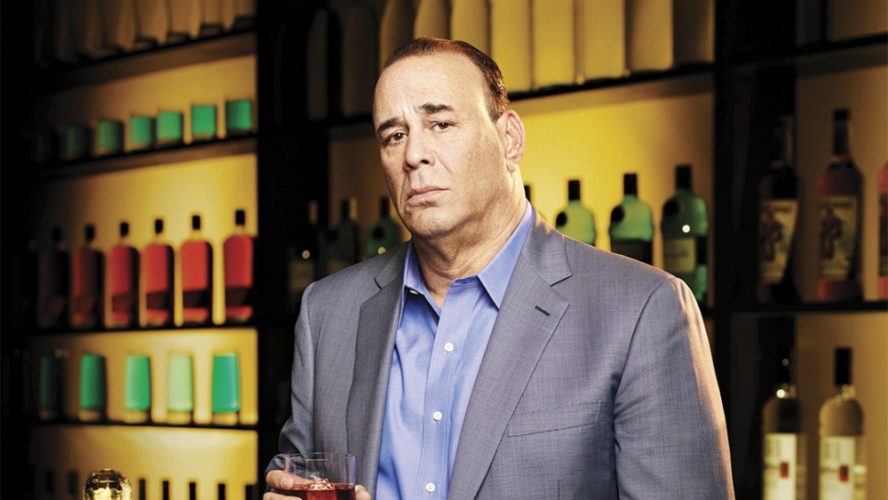 Bar Rescue — does the name sound a bit shady to you? Somehow, do you feel, it is about rescuing trouble makers in dank, dark pubs, somewhere on the dingy streets of Texas? Straight out of a cowboy flick? Well, that is not it. Bar Rescue follows the renovation and remodeling of failing bars in order to bring them back on track.

Some of the techniques used in this endeavor include the rebranding of existing marketing strategies, replacing bad staff, upgrading old furniture, and removing health hazards. This is Spike TV’s first food and beverage-themed show that emphasizes on the host’s “in-your-face” attitude and unique dynamics to lend bars one last chance to transform themselves into a profitable business. Each episode takes up one particular bar — which can be located in any city across the US.

After the fifth season, its telecast was moved to Paramount Network. In the UK, Bar Rescue previously aired on 5Star, but now is available on Spike UK. The show is created by Darrin Reed and directed by Neal Gallagher. Each episode of the series has a run time of 41 to 42 minutes.

In May 2019, the show was renewed for a seventh season. Here’s when ‘Bar Rescue’ season 7 will release on tv screens.

Bar Rescue Season 7 Release Date: When will it premiere?

You can view the complete list of episodes here. As far as the next season goes, we have good news for the fans. On May 2, 2019, the network ordered a 12-episode seventh season of Bar Rescue. On January 10, 2020, Paramount announced that Bar Rescue season 7 will release on March 1, 2020.

Who is the host of Bar Rescue?

Bar rescue is hosted by veteran nightlife expert and food and beverage industry consultant Jonathan aka Jon Taffer. He comes from a family of entrepreneurs and had worked previously as a bartender and a drummer.  Gradually, he progressed to become a bar manager and finally opened his first bar in 1989.  His immense expertise led him to be selected as the president of the Nightclub and Bar Media Group in 2010. Then, in 2011, he started hosting this reality television series.

Also known as the Gordon Ramsay of the bar and nightclub business, Taffer, in his lifetime, has started, upgraded, and owned around 600 bars and clubs. His eye for minute details — such as the right rhythm of the music, the height of bar stools, and the technique to perfectly pour alcohol — has helped beginners as well as established businessmen in successfully flipping their business.

Along with Taffer, the show is also frequently visited by experienced and celebrity chefs, talented mixologists, sometimes, a master of whiskey, and other specialists. Some of the notable names in his rotating crew are P.J King, Russel Davis, Mia Mastroianni, Nicole Taffer, Tom Bonello, and others. His wife Nicole also gives an occasional appearance as a mystery shopper in order to rate the quality of the renovated bar.

In season 7, Taffer will return to resume his hosting duties.

What is Bar Rescue about?

Bar Rescue starts with owners of failing bars submit an application on the channel’s online platform to request Taffer to offer his expertise in saving their establishment. At times, Taffer’s team also contacts sinking bars and confirms with them if they want to be featured on the show.

Taffer and his team then assess the current status of the bar by scrutinizing its mode of operation, service quality, and branding procedure. In order to get a more accurate and real-time view, crew members enter the bar in disguise, order drinks, and food, and take personal note of the services offered, ambiance, and overall standards. As part of this surveillance process, the team installs hidden cameras in the kitchen as well as the customer area, after taking approval from the owner.

Once Taffer takes all the above factors into account, he reveals his and the team’s identity and discusses the major areas of improvement with the bar owner and his staff. Improvement areas can range from food and beverages’ quality to managerial issues, cleanliness concerns, cost cuttings, and services.

The crew also assists the employees by providing them a first-level training, after which he subjects the bar to a stress test. This test involves inviting several patrons in order to check if the staff can effectively use their newly acquired skills — under pressure — on a crowded, busy night.

The main USP of this show is Taffer’s direct, no-nonsense attitude, through which he confronts employees so that they take quick, result-inducing actions. His methods include the use of market research tools, technological know-how, and scientific performance measurement methods. Once everything is over, Taffer meets with the team to formulate a new plan for running the bar.

Then begins the second phase of training after the new plan is executed. Staff members also learn how to incorporate the changes in the newly created menu. After this step, the bar is closed for some days in order to allow time for interior redesigns, structural remodel and cleaning activities. Once everything is completed, including complete rebranding and renaming, the bar is reopened for customers. Viewers can come to know about the success of the whole process via an epilogue segment toward the end of the show.

It is not necessary that bars keep the changes as suggested and implemented by Taffer. They can go back to their original names, food menus, and operational procedures. According to sources, although most of the bars successfully run after the renovation, a few of them had to close down as well.

While we wait for season 7 to land on tv screens, check out the season 6 trailer to refresh your memories. If you haven’t seen the show yet head over to Paramount Network to catch all the episodes of the previous seasons.