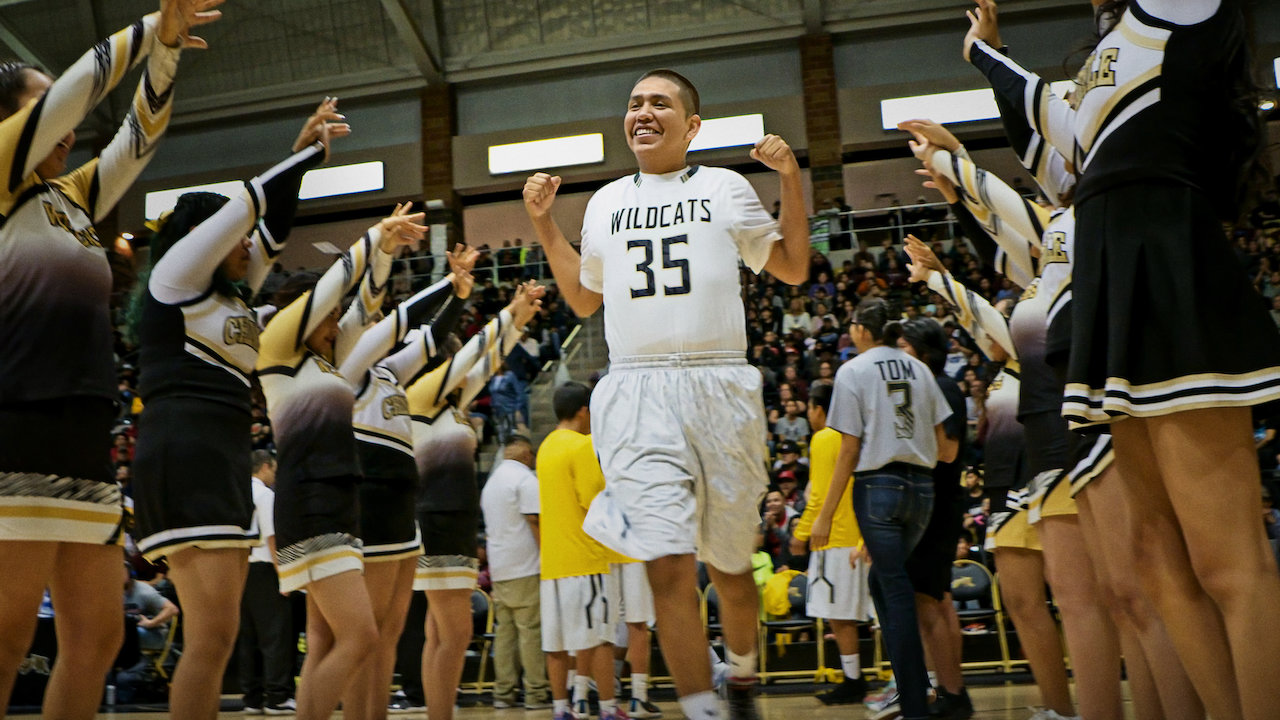 Sports is not just about the game itself, but it is more than that. It is an emotion. This is a point that ‘Basketball or Nothing’ looks to make. The non-scripted reality television documentary series airs on Netflix and first premiered on August 2, 2019. The show has been filmed in Chinle in Arizona. The series has been conceived of by Matt Howley of WorkShop Content Studios and Rickie Fowler’s Main Event Productions backs the project.

‘Basketball or Nothing’ documents the lives and struggle of the Chinle High School boys’ basketball team, which is based out of the Navajo Nation reservation, the largest indigenous area in America.

Netflix is not a premier content provider for no reason. The platform attempts to ensure that their curated library has something for everyone, and this show, ‘Basketball or Nothing’, comes as the part of a drive to attract sports fans to the popular streaming service. One of their other successes on the platform has been ‘Losers‘, which is about profiles of athletes who have managed to turn their defeats and agonies into human triumph, in a society which champions winning above everything else. Another fantastic addition to Netflix’s sports repository has been ‘Forumla 1: Drive to Survive‘. This has been a joint production with F1 and gives an inside look into the drivers, managers, and the teams, as they live life on the fast lane, both on and off the racecourse. There are plenty of rants and curses flying around as everyone has everything to lose in one cutthroat season of Formula 1 racing.

With Netflix’s past track record, one can expect only good things to come from shows like ‘Basketball or Nothing’.

Basketball or Nothing Cast: Who is in it?

Since ‘Basketball or Nothing’ is an unscripted reality television documentary about a high school boys’ basketball team, so most of the cast is made up of the team members of Chinle High School’s team, their coach, other trainers, and medical experts who are involved in the game.

Basketball or Nothing Plot: What is it about?

The official synopsis of ‘Basketball or Nothing’ reads “Follow the Chinle High basketball team in Arizona’s Navajo Nation on a quest to win a state championship and bring pride to their isolated community.” It is evident that there is not much on the reservation, there is no football or baseball team, all they have is a high school basketball team. With the median household income being less than $30,000, the residents lack water and electricity sometimes. Thus, this sport becomes the outlet for all the kids who wish to escape life there, which is filled with drugs, alcohol, and suicides.

It is harder for Navajo reservation kids to play basketball due to their naturally shorter stature, so what they lack in height, they have to make up for in speed and make sure that they outrun their opponents at every moment of the game. Their playing style is called ‘Rezball’ and the show focuses how the team faces pressure to win the championship under the guidance of their coach while using the state of the art gym as a place where they can escape life’s problems. Winning under such pressure and circumstances might seem like hard work, but the members are prepared to go the distance since when they are out there playing, they feel as tall as everyone else. Ultimately, it comes down to how badly they want to win, and the answer is ‘pretty badly’ since the players view the state championship as more than just a title, insofar as it is a way to bring pride to their community.

Netflix spoke about the show and the popularity of the team, saying, “With their aim set on an Arizona State Division III Championship, the Wildcats’ games attract more than 6,000 people to a town populated by only 4,500 residents. Some fans hitchhike to these games and others travel distances of up to 80 miles.” The CEO of WorkShop Content Studios spoke about the show, saying, ” ‘Basketball or Nothing’ tells a story that, while unfamiliar to the majority of Americans, is a story that deserves to be told and felt. As an athlete and part Native American, Rickie helped us ensure that the series remained real and true to the team and its loyal fans on the reservation.” Rickie, the pro golfer, and producer of the show, whose grandmother happens to be Navajo shared his views, saying, “These Navajo kids face many obstacles and hardships both on and off the court. Working with Tom and The WorkShop Content Studios provided a great opportunity for me to help tell their stories.”

Basketball or Nothing Season 1 Release Date: When will it premiere?

‘Basketball or Nothing’ Season 1 premiered on August 2, 2019 on Netflix. The show was well received, especially by basketball fans around the globe. As far as the next season goes, we don’t have an official announcement yet. Though considering how easily the makers can follow Wildcat for another season next year, we expect the show to get renewed. The show’s title is “Basketball or Nothing”, which could also be indicative of the fact that the makers can follow another team in the next season. If the show does get renewed, we expect ‘Basketball or Nothing’ Season 2 to release sometime in August, 2020. We will update this section as soon as we hear more.

Basketball or Nothing Trailer:

While we wait for season 2, check out the trailer for ‘Basketball or Nothing’ below. If you are a fan of sports, we definitely recommend you check out this docuseries to see how socioeconomic problems doesn’t come in the way of competitive sportsmanship.