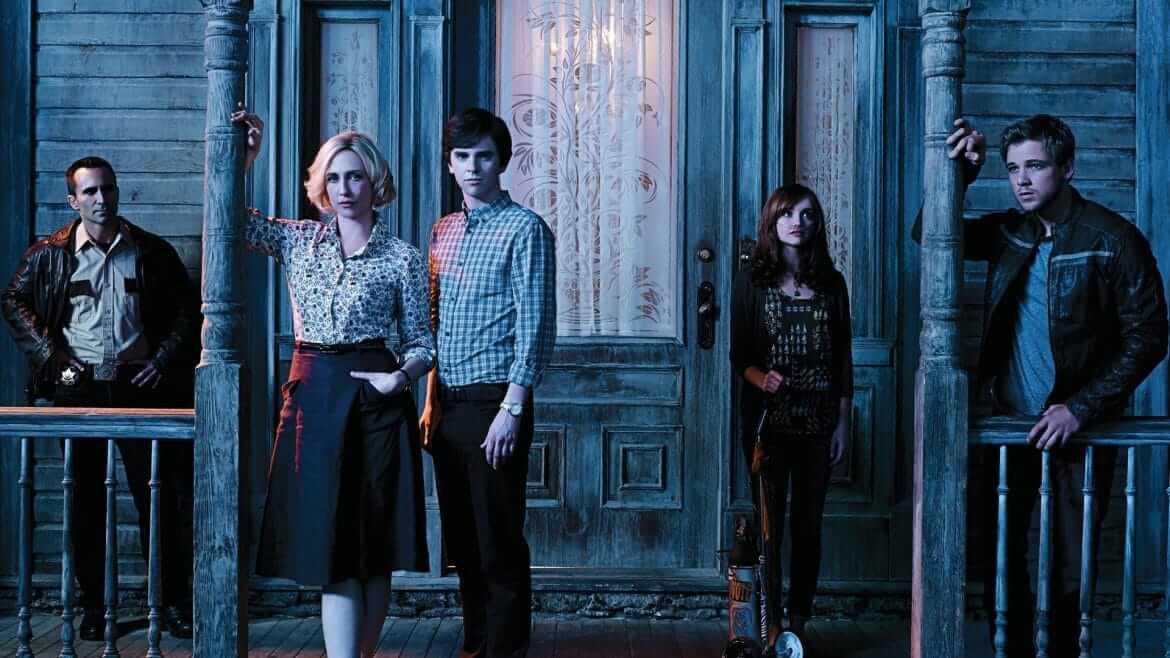 It’s a sin to have not watched Alfred Hitchcock’s ‘Psycho’ and call yourself a cinephile. It is quite simply one of the greatest American films ever made; a landmark achievement that defined and set the standards for a genre. ‘Bates Motel’ is a TV series based on this movie, wherein its developers Carlton Cuse, Kerry Ehrin, and Anthony Cipriano explore the lives of Norma and Norman Bates prior to the events in the film. Set in the fictional town of White Pine Bay, Oregon, the show is a contemporary prequel to the Hitchcock flick. The first season aired on March 18, 2013, and the fifth season concluded on April 24, 2017 on the cable network A&E.

The filming of ‘Bates Motel’ took place outside Vancouver in Aldergrove and Fraser Valley, British Columbia. The channel decided not to include any pilot episode and started by ordering ten episodes in chronological order for the first season. The series was renewed on June 15, 2015 for a fourth and fifth season, making it the longest-running original scripted drama series in A&E’s records. The spectacular performances of the protagonists and some high quality film-making led the series to be nominated for the Primetime Emmy Awards, Saturn Awards, and People’s Choice Awards.

Bates Motel Cast: Who Are in It?

Bates Motel Plot: What Is it About?

The plot follows the life of the mother-son duo after they move from Arizona to Oregon, following the death of Norma’s husband. Norma purchases the Seafairer Motel in the town of White Pine Bay and renames it Bates Motel with hopes of starting afresh. However, problems soon arise after she gets sexually assaulted by the motel’s previous owner. Norma stabs the intruder to death, but instead of disclosing the incident to the cops, she, along with Norman, decides to secretly dispose of the body. The incidents draw the attention of Sheriff Romero to the Bates family.

We are then slowly given a wider view of the twisted dynamics of the family’s relationships, as Norma attempts to hide her younger son’s occasional hallucinations and blackouts. Norman starts school and befriends Emma, who is somewhat drawn to him. Dylan, Norman’s brother, arrives at the motel in the second episode. Even his relationship with Norma is troubled. As the series progresses, we see that Norman’s behavior becomes more and more disturbing, triggering a chain of shocking events that we saw in the Hitchcock classic. .

Throughout the four seasons, the plot revolves around Norman Bates and his transformation into a serial killer. We know that he murders Marion Crane in ‘Psycho’. But how did this happen? What were the incidents in the past that led to this? Seasons 1-4 focus on this very aspect, and it portrays a mother who fiercely tries to hide her son’s condition that makes him a threat to the society.

Norma had an extremely tragic past: she was raped by her own brother, resulting in the birth of Norma’s half brother, Dylan. She again married another abusive man due to which Norman had a traumatic childhood. The endless violence and disturbances were the core reasons for Norman’s frequent blackouts, as he gradually transformed into a violent individual; a frightening embodiment of his mother’s subconscious. Norma knew that something was definitely wrong, but she never made an attempt to get medical help for her son as it would have separated him from her.

The series manages to delve deep into Norman’s psyche, which eventually leads to a solid finale that does complete justice to the original film without trying to ape any aspect of it. It reflects on how scars and trauma are capable of creating great evil, sometimes even making us weirdly sympathetic towards the monster hidden behind the mask of a meek 17-year-old teenager. It shows us how horrors can sometimes take human forms. Considering the stature of the film and its iconic director, and knowing that every single aspect of the show would be scrutinized, one can say that this has to be one of the boldest television projects in recent times, and we’re glad the creators haven’t disappointed us in any way.

Bates Motel Season 6 Release Date: When Will it Premiere?

Bates Motel Season 5 premiered on February 20, 2017, and concluded on April 24, 2017. The writers had already planned that they would be concluding this series with season five. The heartbreaking finale does leave us wanting more, but it beautifully concludes this twisted tale of a weird mother-son relationship. We hope for some more spin-offs or sequels in the near future, but as of now, the show has officially ended, and there won’t be a sixth season. If by any stroke of luck some other network picks up the show, rest be assured that we will update this section with Bates Motel Season 6 release date.

Watch the trailer of season 5 below. In case you haven’t watched the show, all 5 seasons are now streaming on Netflix.