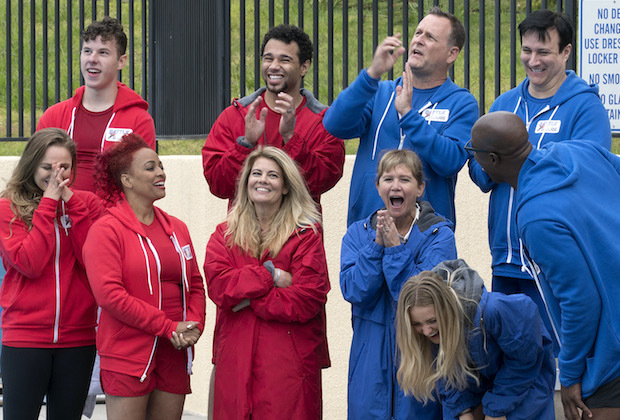 ‘Battle of the Network Stars’ is a reality tv series that aired on ABC from 1976 to 1988. The competition-based show features stars and celebrities from ABC, CBS, and NBC, where they engage in sports-themed face-offs against one another. A revived version, titled ‘Battle of the Network Reality Stars’, debuted on Bravo in 2015. Later, in 2017, ABC introduced another reboot that premiered on June 29, 2017.

The revived counterpart of ‘Battle of the Network Stars’ follows the same premise as its predecessors. In this reality competition series, television stars come together and get involved in several sporting events. Produced by Trans World International, this athletic contest is a fun-packed series of physical challenges among our favorite celebrities.

Who’s the Host of Battle of the Network Stars?

‘Battle of the Network Stars’ is hosted by Mike Greenberg and Joe Tessitore. In season 1, the reboot ditches the original concept where contestants are pitched against one another in a network vs. network format. Here, the teams comprise tv characters attributed to each celebrity, which they had enacted in notable tv shows. These include cops vs sitcoms, White House vs. lawyers, television moms and dads vs. tv kids, among others — again distributed between two main categories – blue team vs red team.

Some of the famous celebs featured in the first season include Vivica A. Fox, Paul Johansson, Nicole Eggert, Taye Diggs, Thomas Calabro, Danny Bonaduce, Beverley Mitchell, and Barry Williams, to name a few. Other contestants include stars from shows like ‘Modern Family‘, ‘Pretty Little Liars‘, ‘Scandal‘, ‘Melrose Place’, ‘Beverly Hills, 90210‘, ‘The Goldbergs‘, ‘How to Get Away with Murder‘, ‘Buffy the Vampire Slayer’, ‘The Incredible Hulk’, ‘The West Wing’, ‘Dallas’, ‘CHiPs’, ‘Law & Order‘, and many more — thereby, reviving our memories of classic tv shows.

Across the episodes, Cassidy Hubbarth and Cari Champion serve as the sideline reporters. Super Bowl 50 winner DeMarcus Ware and MMA fighter plus Olympian Ronda Rousey are credited as the team captains.

If season 2 happens, we expect the hosts, coaches, and reporters to reprise their roles. However, the participating team members shall be replaced by an entirely new cast of tv stars.

What is Battle of the Network Stars About?

Two teams consisting of five members each are grouped together in this competition show. In season 1, there are a total of 20 teams, adding up to 100 celebs, competing against each other. Every team has a professional athlete to coach them throughout the season. They are assigned to the team as per their roles in their respective tv series. For instance, the actors who have played a comic role are allocated one team while those you have starred as lawyers are put together in another team. The groups often include at least one veteran actor or actress who previously competed in the original ‘Battle of the Network Stars’ and the episode displays archived footage of their previous appearance(s). The venue remains the same as that of the parent series, which is Pepperdine University in Malibu, California.

Described by ABC as “an ode to ABC’s Wide World of Sports”, ‘Battle of the Network Stars’ brings together 100 of fan-favorite tv stars from 14 different network and cable companies. They participate in this fast-paced competition to test their athletic skills and take sportsmanship to a whole new level as they compete to experience “the thrill of victory and the agony of defeat”. This much-awaited reboot of the original pop-culture hit, which is based on the ’70s and ’80s tv classics, introduces a fresh whiff of nostalgia as celebs blend sports with fun-packed, hilarious antics.

Battle of the Network Stars Season 2 Release Date: When will it premiere?

Even though fans were excited to see their favorite stars return on tv, the show did not manage to garner impressive ratings. And to date, almost after two years, the creators have not come up with any news on a renewal and neither have they announced a cancelation. However, since the original series aired for 12 seasons, we are still hopeful that it might be actually recommissioned. But nothing is certain yet. We shall revisit this section as and when we learn more about ‘Battle of the Network Stars’ season 2.

Battle of the Network Stars Trailer

While we wait for an update on ‘Battle of the Network Stars’ season 2 release date, watch the season 1 preview trailer below. Additionally, head to ABC if you wish to catch up on all the previous episodes from this fun-packed series.