Where to Stream Batwoman? 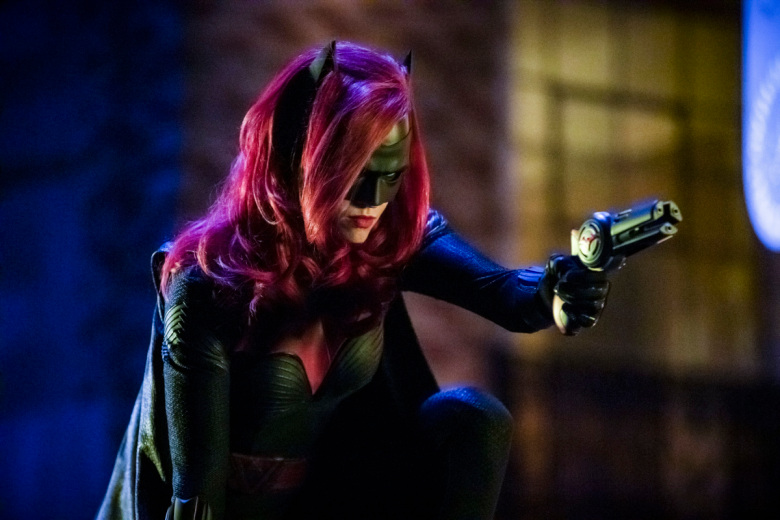 Move over Batman, Gotham has a new protector. ‘Batwoman‘ follows the exploits of Kate Kane as the new caped crusader who fights crime after Bruce Wayne disappears for over three years. While the tale itself is fascinating, the series has received increased attention because Batwoman is a homosexual superhero. The network has also chosen an openly gay actress to play the part, which makes the representational politics in ‘Batwoman’ an exciting study. Curious to find out where you can stream the show? We have the answers right here, but first, let us briefly tell you about the show.

What is Batwoman About?

‘Batwoman’ is all about Kate taking up the crime-fighting mantle. However, before she can defend Gotham, she has to face her demons. As the caped crusader, Kate faces threats from various quarters, including her sister, Alice. Aided by the likes of Luke Fox, Batwoman must stop the bad guys and save the day.

Kate also has to deal with her sexuality, her love life, and her secret about being a vigilante superhero. Over the episodes, we are introduced to the rogue’s gallery. Batwoman realizes that Gotham’s labyrinthine criminal enterprises cannot be stopped easily.

Is Batwoman on Netflix?

Netflix has a fantastic roster of content, and quite a fair number of shows from The CW due to a deal they have in place. However, ‘Batwoman’ is not among the shows available on the platform. Instead, you can check out ‘Arrow,’ the series that started the entire universe to which Batwoman belongs.

Is Batwoman on Hulu?

Hulu keeps making smart additions to its roster and tries to ensure that various customers are satisfied. While ‘Batwoman’ is not on the streaming platform, you can check out ‘Marvel’s Runaways,’ which is a fascinating show about young heroes taking the fight to their parents, who happen to run an evil outfit.

Is Batwoman on Disney Plus?

Disney Plus is the latest offering from the House of Mouse, bent on collecting all their content under one umbrella. Naturally, ‘Batwoman’ is not available since it is a DC series, but you can check out ‘Avengers Assemble,’ an excellent animated series recounting the adventures of the earth’s mightiest heroes.

Is Batwoman on Amazon Prime?

Amazon Prime has a globally sourced roster of films and shows that cater to varying tastes. ‘Batwoman’ might not be available as is, but you can purchase and stream the series on the platform. Check it out here.

Where Can I Stream Batwoman?

‘Batwoman’ is on The CW, so you need not worry if you aren’t subscribed to the major streaming platforms. Catch it on The CW site, DirecTV, or FuboTV. Apart from that, the show is also available on HBO Max, HBO’s new streaming platform.

Can I Stream Batwoman Online For Free?

You can use HBO Max’s week-long free trial to stream ‘Batwoman.’ Notably, you’ll have to binge-watch the 20 episodes within 7 days. On that note, we’d like to urge our readers to pay for any art they consume.