Batwoman S01 E11: Everything We Know 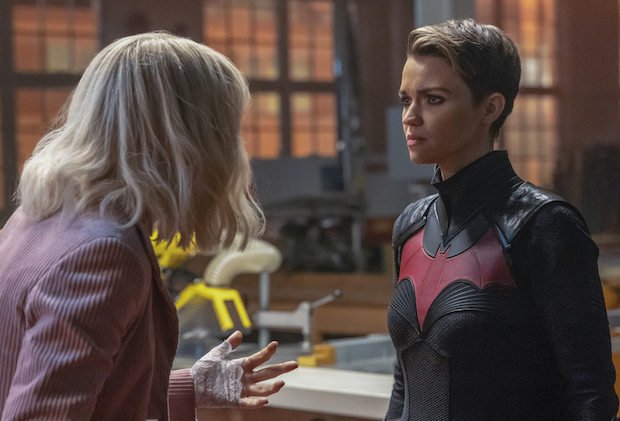 ‘Batwoman‘, as the name suggests, is a superhero in the same vein as Batman. In fact, she belongs to the crime-fighting ‘Bat-family’. The DC comic character happens to be the cousin of billionaire Bruce Wayne, who we all know as the Caped Crusader of Gotham.

After Bruce, and his alter ego, Batman disappears, Kate is forced to face her own demons, and step up to the task, becoming a new beacon of hope for the crime-infested city. ‘Batwoman’ has garnered strong praise for its representational politics, and is currently on Season 1.

The show is back after a break, and fans must be wondering about what goes down in the most recent episode. We are here to tell you that, right after walking you through when and where to watch the upcoming episode.

Titled, “An Un-Birthday Present”, the episode sees the Kane sisters tackling demons from their past on their birthday, while an unexpected guest suddenly shows up in Gotham.

‘Batwoman’ is on The CW, so the simplest way to see it is with a cable connection. If you don’t have one, you can always head to The CW site or app, and stream the episodes. Since cord-cutters are on the rise, options have been made available to them as well, including DirecTV, Fubo TV, and YouTube TV. Some of these platforms have free trial periods before they charge you for services.

Amazon Prime subscribers can buy and stream the episodes of the show.

You can check out the promo for the upcoming episode below. It seems that one should really be careful about what they wish for because Kate’s wish seems to come true, but it leads to a whole lot of trouble in Gotham.

Episode 10 starts with a subway that has been hacked and is about to crash into a wall. Gotham really would be a deadly place to live in, if not for the heroes. Batwoman steps right up, preventing the crash with the help of her bike and grappling hooks. However, one of the hooks come undone, but she is saved by a handsome cop.

As is the nature of voyeuristic media practices, the two are soon coupled together in the press, and a possible romance is hinted at. This visibly upsets Kate, who is gay. Meanwhile, Mary is still mad at her about Catherine’s death. Though Kate tries to comfort her, she seems fixated on proving her theory of a face-swapping individual. Her quest ends in most people calling her crazy.

Batwoman, or Kate, now has an even more important task. She has to find the hacker, who has broadcasted a message to Gotham that the city needs to pay them to protect their secrets. Using her investigative skills, Kate confronts the hacker, who turns out to be a teenage girl in Gotham Prep. Named Parker, this girl pulled off the hack to get her parents’ attention, after they’d disowned her for being gay.

Parker rants about identity and acceptance, saying she does not expect Batwoman to understand her. This forces Kate to reckon with her own identity as an individual, and as a hero. Batwoman reveals to a magazine that she is a lesbian, hoping to share a bit about herself with the people, so they can be happy with who they are. She also manages to console her sister, somewhat.

However, trouble is around the corner. Alice, who just got locked up, for threatening Parker in order to get Batwoman’s identity, seems to have come back to Kate’s office. However, this woman claims to be Beth, who has returned from a semester abroad. The way she is a little forceful with Kate gives rise to suspicions. It remains to be seen how the character of the new Beth develops in the upcoming episodes.