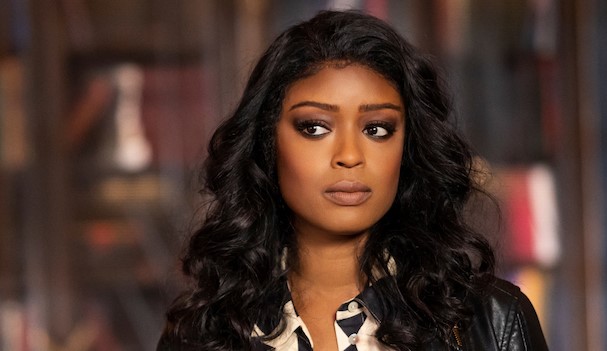 The seventh episode of ‘Batwoman’ season 3 reinforces Mary’s identity as Poison Ivy despite Ryan desperately attempting to cure her. She manages to kidnap Marquis in order to kickstart their mission to produce the cure. As expected, things go awry at the Jeturian during Jada’s last interaction with Marquis. If you haven’t watched the television premiere, a detailed recap is available at the bottom. Now, let’s dig into what episode 8 of season 3 possibly has in store!

After a long hiatus, ‘Batwoman’ season 3 episode 8 will release on January 12, 2022, at 9 pm ET on The CW. The show usually follows a weekly release cycle, and the network drops a new episode, every Wednesday.

‘Batwoman’ season 3 episode 8 will air on The CW. So, all you have to do is tune in to the channel at the specified date and time. You can also watch the upcoming episode on The CW’s official website and The CW app. If you want to live-stream it, you can do so on YouTube TV, Fubo TV, Hulu+Live TV, DirecTV, or Xfinity. Moreover, you can rent or purchase individual episodes or entire seasons on iTunes, Google Play, Microsoft Store, Amazon Prime Video, Spectrum, and Vudu. Previous seasons are available to watch on HBO Max.

The eighth episode could focus on the Wilders, considering how chaotic things have turned out to be. Marquis has resorted to foul play to become the CEO of Wayne Enterprises. Jada survives death by a margin during Marquis’ aggressive escape from the lab. Ryan has failed to cure Mary, who has destroyed the vial containing the treatment mixture. It will be interesting to see what the upcoming episode has in store for the three of them individually and also as a family. We expect Mary to execute a devious plan set to cause terror everywhere. Here’s a promo that will prepare you for episode 8!

In the seventh episode, titled ‘Pick Your Poison,’ Jada finally starts the cryostasis process. Marquis is captured and kept at the Jeturian, but he breaks free as soon as the freezing process begins. Jada informs Ryan that her brother is looking for her. Sophie tries to find a cure for Mary’s ailment that has turned her into Poison Ivy and is told that Jada has been working to create one. Ryan and Sophie suspect that Mary is with Alice, who is spreading the nanobots around.

When Marquis shows up at Wayne Enterprises, he immediately tries to outmuscle Luke. Ryan shows up seconds later to discover that Marquis has the cure, and he forces her to leave Wayne Enterprises in exchange for it. Luke racks his brain over finding the remaining four nanobot trackers. All of a sudden, Luke recalls that Mary lives above GC Jitters, so he tracks her Jitters rewards card, which leads them to the pub. There, Mary and Alice find a man whose blood could be used for testing before kickstarting the transfusion.

Batwoman catches up with their pace and tries to convince Mary to take the cure. However, she binds her, which causes the vial to break. Moreover, they can no longer access Batman’s gadgets except the bat suit and the batmobile. A news broadcast shines the light on Marquis, who is the new CEO of Wayne Enterprises. Mary watches the broadcast while embracing her new identity as Poison Ivy.