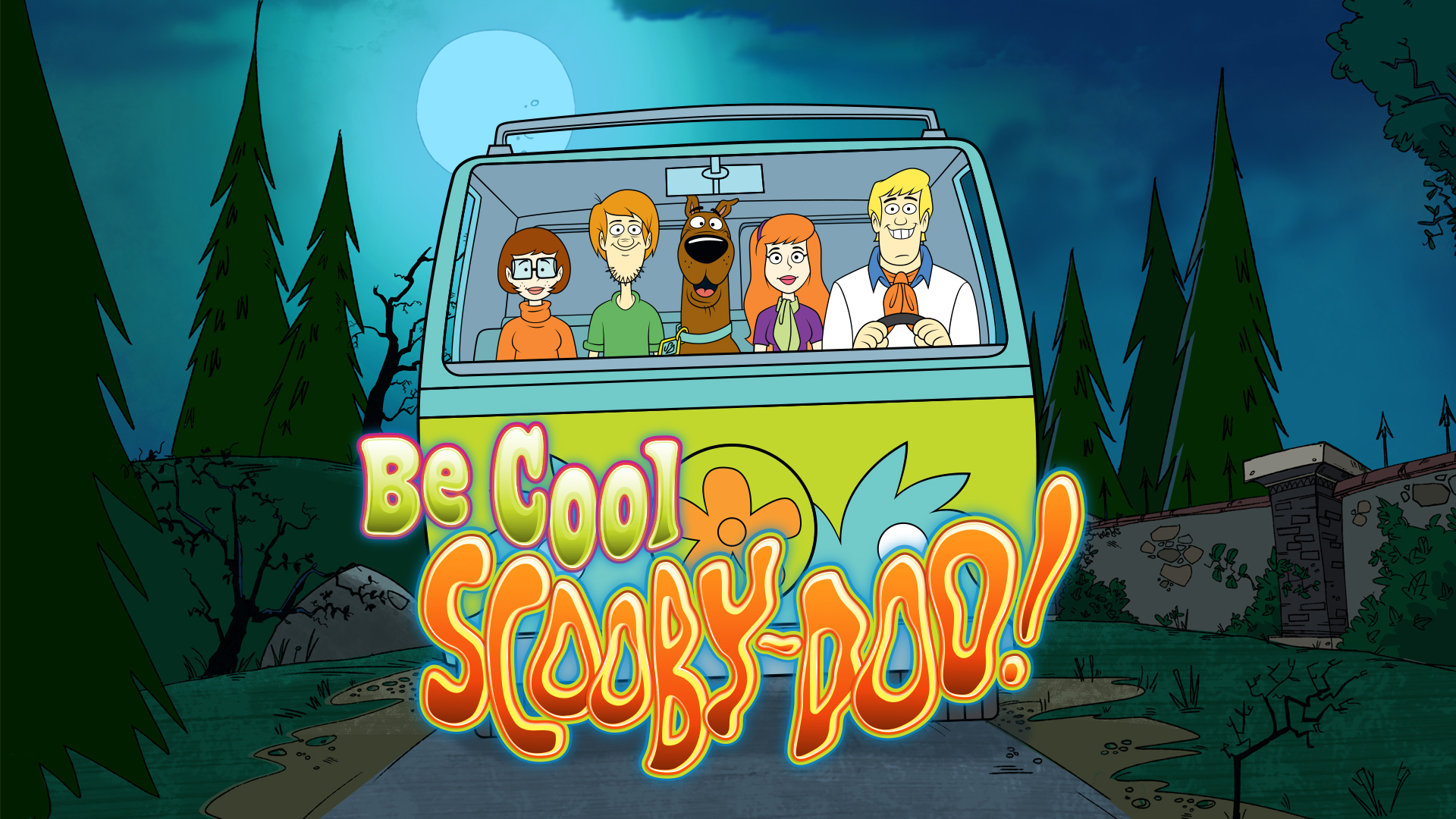 ‘Be Cool, Scooby-Doo!’ is an American animated series from Warner Bros. Animation. It is the twelfth spin-off of the Hanna-Barbera original ‘Scooby-Doo’ animated series. Originally scheduled to air on Boomerang, the series premiered on Cartoon Network on October 5, 2015. It was announced on March 7, 2017, that the remaining unaired episodes would be released on Boomerang’s video-on-demand channel. The final eleven episodes were aired on the Boomerang television network in March 2018.

The Scooby-Doo gang decides to go travelling during their last summer break and encounter adventures and monsters on the way. This particular version is regarded as more comedic than the previous one called ‘Scooby-Doo! Mystery Incorporated’.

Be Cool, Scooby-Doo! Cast: Who is in it?

‘Be Cool, Scooby Doo!’ consists of the usual Scooby-Doo gang, namely Fred Jones, Daphne Blake, Shaggy Rogers, and Velma Dinkley and of course, the star of the series, Scooby-Doo the great Dane. The voice of Fred Jones and Scooby-Doo is provided by Frank Welker, who is, in fact, the only remaining original cast member. Grey Griffin does the voice of Daphne Blake. Matthew Lillard gives his voice to Shaggy Rogers. That makes this the first Scooby-Doo series not to star Casey Kasem in the voice of Shaggy.

Kasem had given voice to Scooby from 1969 to 2009. Due to declining conditions of health, Casey Kasem retired from voice acting when ‘Mystery Incorporated’ was being made and eventually passed away on June 15, 2014. Kate Micucci voices Velma Dinkley, making it the first Scooby-Doo series where anyone other than Mindy Cohn gives voice to Scooby.

Be Cool, Scooby-Doo! Plot: What is it about?

‘Be Cool, Scooby Doo!’ is about the adventures of the Scooby-Doo gang, who set out on a journey in the Mystery Machine after having completed their senior year of high school. This might as well be their last summer vacation together. On the way, their journey is hampered time and again by dangerous monsters.

The series has broadcast two seasons so far. Season 1 had a total of 26 episodes while Season 2 had 26 episodes. Season 1 begins with Velma getting an invite at Kingston University where the dean wants the Scooby-Doo gang to find out why the ghost of Elias Kingston, the founder of the school, has been haunting the library. In another episode, the gang goes to Minor League Baseball only to figure that a ghostly baseball player is scaring away all the fans. In the episode called “Kitchen Frightmare”, a Yeti haunts the opening night of a restaurant that a friend of the Scooby gang is opening, and they must solve the mystery before the first plates are served. The dream of meeting aliens becomes a nightmare when they come to a place that has higher security than Area 51. Season 1 ended with the episode titled, “The People vs. Fred Jones” where Fred is accused of being the mastermind behind a recent mystery and the gang must prove his innocence.

Season 2 also has 26 episodes. In each episode, the Scooby gang is led to different adventures and mysteries which they must solve. The first episode of Season 2 is titled “Some Time Fred”. Fred needs rest and fresh air. So the gang is on a vacation to the beach, but a monster shark is on the loose terrorizing the people on the beach. The friends along with Scooby-Doo must solve the mystery but they must not get Fred involved. In another episode called “Renn Scare”, the gang goes to a Renaissance fair where they act like the middle-ages but the spirit of a jester attacks the fair and it’s up to the gang to solve the problem. The friends go on a 3-day trip on a train but a monster from different world appears and the gang is called to action.

Season 2 ended with the episode called “Professor Huh? Pt. 6 ¾”. The mystery arises out of a figure from Fred’s past called Professor Huh? An old acquaintance of Fred’s, called Rose, also appears with her gang to solve the mystery. Each and every mystery takes us to a different location with a wide variety of adversaries that the gang must outwit. For the lovers of the Scooby-Doo universe, this is an inexplicable delight and it also takes some of us back to our childhood days.

Be Cool, Scooby-Doo! Season 3 Release Date: When will it premiere?

‘Be Cool, Scooby-Doo!’ Season 2 premiered on the streaming site of Boomerang on September 28, 2017, but the final eleven episodes were broadcast on the Boomerang television channel, concluding on March 18, 2018.

There is no information yet about a possible Season 3 yet. But fans of Scooby-Doo can be hopeful as there can be no end to the adventures of Scooby Doo since it is one of the greatest franchises in the animated world. A new spin-off called ‘Scooby Doo and Guess Who?’ is already out and streaming on Cartoon Network and Boomerang channel. Another news that brings hope is that the Boomerang streaming service intends to expand itself, which means they will be generating more content in the coming days. As soon as we receive any information on ‘Be Cool, Scooby-Doo!’ Season 3 release date, we will update it here in this section.

Since there is no news on ‘Be Cool, Scooby-Doo!’ Season 3, we do not have a trailer yet. But you can take a look at the Season 1 trailer here to refresh your memories: