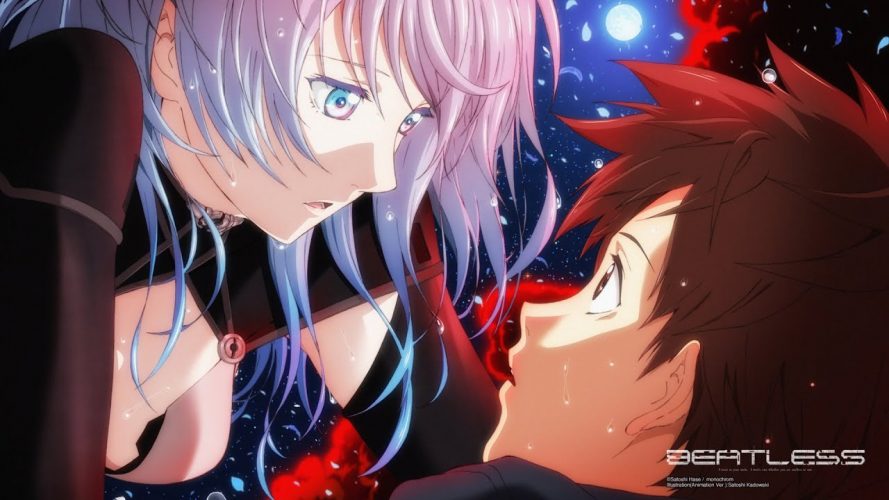 Beatless is a Japanese science fiction anime television series which is based on a serial novel of the same name. Written by Satoshi Hase and illustrated by Redjuice, the novel series was first published on June 10, 2011 and the final chapter was published a year later on July 10, 2012. The novel became quite a hit in Japan and went on to inspire three spin-off manga series. Years later, a Japanese anime studio called Diomedea announced plans to adapt the novel series into an anime television series and subsequently, Season 1 of Beatless made its way to viewers’ screens on January 13, 2018. It was deemed to be a success by fans of the manga series and new viewers alike and understandably, the show was renewed for a second season. Season 2 of Beatless then premiered on September 26, 2018 and since then many have been wondering whether the show will have a third season. Here’s everything we know about the prospects of Season 3 thus far.

Beatless Season 3 Release Date: When will it premiere?

Beatless season 2, titled Beatless Final Stage, consisted of only four episodes and premiered on September 26, 2018 and ran until September 28, 2018. In the time which has elapsed since then, a third season has not been announced and it is unlikely that it ever will. The reason is that with Season 2, Diomedea finished adapting the light novel series and hence a third season seems unlikely.

That being said, considering the fact that Beatless has three spin-off manga series, there is a slight chance of Diomedea picking those up and adapting them into new seasons. Whether this will happen is a mystery as of now and will remain a mystery till Diomedea makes an official announcement on the future of the show. We’re keeping our ears open for news on Beatless season 3 release date and we’ll update this section as soon as we hear something reliable.

For those who like watching anime shows in English, the bad news is that neither season of Beatless has an English dub yet, in spite of the show’s popularity among international audiences. Of course, there’s every chance of the show receiving an English dub in the near future, but for now, it is only available in Japanese. If you want to watch Beatless, you can find the original Japanese version with English subtitles on Amazon Prime Video.

Beatless is set in a distant future where ultra-advanced artificial intelligence (AI) and technology allow for the creation of humanoid robots known as hIEs. Despite being physically and intellectually more capable than human beings, hIEs mostly have a subservient role to humans in society and act as public and personal servants for humans.

In this backdrop, the show follows the story of a 17-year-old boy named Arato Endou. Arato is shown to be a kind-hearted boy who, in spite of societal biases, treats hIEs as equals and wishes to befriend one someday. However, Arato’s weak financial position does not allow him to get a hIE.

This all changes when a routine trip to the grocery store turns nightmarish for Arato. While at the store, Arato is savagely attacked by a hacked hIE and almost dies. However, he is saved by another hIE named Lacia who decimates the other hIE with a weaponized coffin. Soon, Arato comes to know that Lacia is one of the highly advanced hIEs to have recently escaped from the mysterious MemeFrame Corporation.

After saving Arato from certain death, Lacia strikes a deal with him wherein show vows to protect him if he registers her as his personal hIE. Indebted to Lacia, Arato accepts the deal, and his life with Lacia gets off to a good start. Over the course of the show, Arato also develops feelings for Lacia, but has difficulties in having a relationship with her owing to the fact that she doesn’t have a soul. The show not only shows viewers the evolving relationship between Arato and Lacia but also the many adventures and misadventures the duo undertake in their lives.

Arato Endou: The male protagonist of the show, Arato is a 17-year-old boy who believes in treating robots as equals to humans. Born to a hIE researcher in 2087, Arato is in high school when the events in the show take place. He comes into contact with Lacia after she saves him from a hacked hIE that almost kills him. As far as Arato’s personality is concerned, he comes off as naive and gullible, but in actuality, he is a very responsible character. Arato is also unassuming and unassertive and gets easily influenced by his younger sister Yuka and his best friend from school, Ryo.

Lacia: The female protagonist of the show, Lacia is a highly advanced hIE built specifically for combat. More specifically, Lacia is one of the few Red Boxes in the show – beings whom humanity does not fully understand. With light lavender hair and a beautiful face, Lacia doesn’t exactly come off as a killing machine, but she is brutal in combat and can decimate her enemies with relative ease. She is armed with a coffin-shaped weapon called the Black Monolith, which is an extremely advanced piece of hardware equipped with a quantum computer. The Black Monolith is capable of changing forms to adapt to almost any situation – it is a fearsome weapon indeed. Lacia comes into contact with Arato after she saves him from getting killed by a hacked hIE and she forces him to register her as his property so that she can hide from the mysterious MemeFrame Corporation from where she escaped. As far as Lacia’s personality is concerned, she is shown to be extremely dedicated. After spending some time with Arato and receiving his love confession, Lacia makes sure that it is impossible for her to continue living without Arato.