Where to Stream Beauty and the Beast? 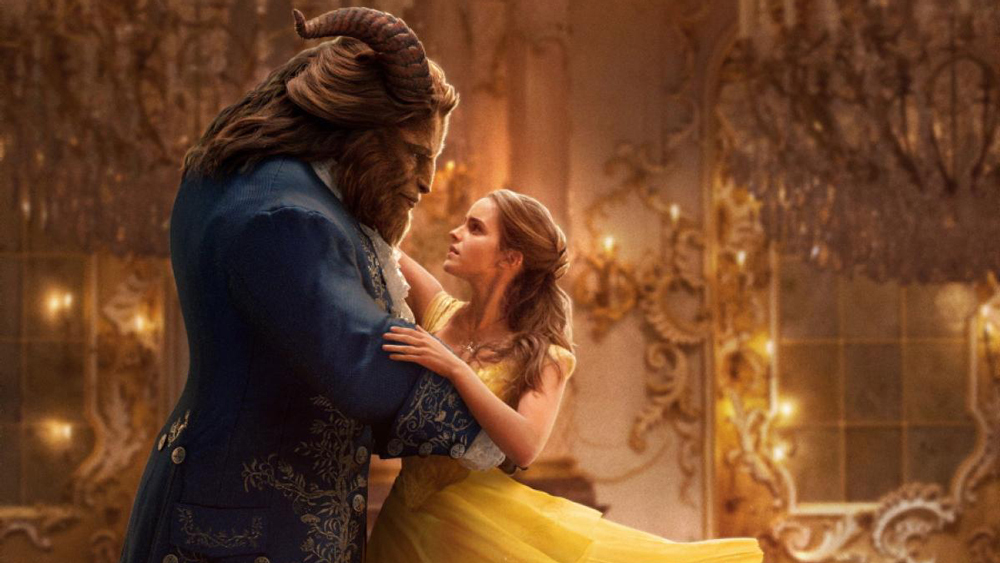 The power of love lies in the fact that it is redemptive. It redeems not just the one who loves, but the one who is loved as well. This is the lesson enshrined in the 18th-century fairy tale of ‘Beauty and the Beast’ by Jeanne-Marie Leprince de Beaumont.

Some stories become an indelible part of our culture, and this tale has reached a level where almost everyone on earth is familiar with how the story plays out. Considering its popularity, it comes as no surprise that Disney already had an animated version of the movie out in 1991. The 2017 film, which was made with a lot more budget, and conceptualized as a live-action remake, gained immense praise for the performances, the visual style, the faithfulness to the original, and the elements of the Broadway musical that ‘Beauty and the Beast’ so effortlessly ingrained.

Directed by Bill Condon, the movie once again tells the viewers the story of the prince who is returned to his human form, from his beastly one, due to the redemptive and transformative power of love – not just what he feels for the common girl (played here by Emma Watson), but also because of what this girl feels for him. The love allows the girl to look past the beastly elements and find the humanity that rests within, and this very fact helps the Beast get in touch with his own humanity.

What is Beauty and the Beast About?

The story of ‘Beauty and the Beast’ begins with a beautiful enchantress showing up as a beggar woman to a castle, while a ball is going on. She offers the cruel and selfish prince a rose in return for some shelter from the storm. On being refused, the enchantress reveals her identity and decides to punish the prince for his lack of compassion. Thus he is turned into a beast and his servants are turned into household objects. She then erases the castle and its memories from everyone’s minds, as if the prince never existed. The final nail in the coffin is a curse placed upon the rose, and the beast gets a warning that the only way he can lift the curse is by loving another, and earning their love, before the last petal of the rose falls.

The story then jumps to a few years later and we see Belle, the beauty, rejecting advances of an arrogant former soldier Gaston. As events unfurl, Belle’s father, Maurice, is forced to take shelter in the Beast’s castle but is imprisoned by the creature because he stole a rose for Belle from the Beast’s garden. However, Belle decides to save her father and offers to take his place instead. Thus, the beauty and the Beast meet.

Although they get off on the wrong foot, with Belle discovering the cursed rose, causing the Beast to scare her off into the woods, things soon take a sweeter turn. When Belle is attacked by a pack of wolves, the Beast selflessly saves her, getting injured in the process. As Belle nurses his wounds, they develop a friendship. Meanwhile, in the village, Maurice tries to get help to rescue Belle, but refuses Gaston’s offer, because he realizes the former soldier has ulterior motives. Gaston, the vengeful soul, leaves Maurice to the wolves, where a hermit called Agathe rescues him, but to no avail as Gaston convinces the village people that Maurice is mad and needs to be thrown into an asylum.

Belle and the Beast get along famously all this while, even sharing a romantic dance. Using one of the enchantress’ gifts to the Beast, Belle realizes her father is in danger, and the Beast not only lets her go rescue him but gives the magical mirror to her as well, in order to prove to the townsfolk that Maurice is not crazy. However, Gaston realizes that Belle loves the beast, and in an act of jealousy, accuses the creature of using dark magic to win her over. The gullible villagers agree to his plan of an onslaught on the Beast in his quarters. Belle and Maurice, however, escape and rush to the Beast’s aid.

Although the Beast is initially too depressed to fight Gaston, Belle’s return cheers him up and he defeats the monstrous man. However, Gaston fires a fatal shot from a bridge before falling to his death. It seems as though all is over, as the last petal falls and the Beast dies as well. Belle cries over her loss and professes her love for the Beast. Fairy tales rarely end on such sad notes, and this one does not end here either. Agathe reveals herself to be the enchantress who had cursed the prince and undoes the curse. The prince gets his human form, his castle, and servants back, and the people’s memories are restored. Thus, the kingdom is back to normal, and the prince and Belle host another ball for the people.

Now, relive the fairy tale as we tell you where to watch ‘Beauty and the Beast’.

Is Beauty and the Beast on Netflix?

Netflix has one of the finest content libraries out there, and it is logical to expect the premier service provider would have ‘Beauty and the Beast’. It was available on the platform but was removed in March 2019. This is most likely because it is a Disney movie, and with Disney+, their own streaming platform coming out, all this content will be hosted there. But that is nothing to worry about. If you are in the mood for some fairy tales, watch ‘Once Upon a Time‘ to see your favorite characters from fairy tales interact with regular humans in a gripping and enchanting tale.

Is Beauty and the Beast on Hulu?

Hulu has a quickly expanding library, but they do not have ‘Beauty and the Beast’ yet. But if you wish to see a movie that combines some of the finest elements of fairy tales, and still manages to remain humorous and adventurous, then do check out ‘Shrek‘.

Is Beauty and the Beast on Amazon Prime?

Amazon Prime has an enviable library that is perhaps only outdone by Netflix at the moment. However, the streaming platform, too, does not have ‘Beauty and the Beast’ available for free. Don’t let this get you down, because Prime users have the option to rent or purchase and watch ‘Beauty and the Beast’ using the platform. It costs $3.99 to rent the HD version of the movie and $2.99 to rent the SD version. If you want to purchase it, both versions cost $14.99. Unless you are intent on keeping the classic in your library, we recommend you rent the HD version to enjoy the visually rich film. You can watch ‘Beauty and the Beast’ here.

Where Can I Stream Beauty and the Beast Online?

No subscriptions to the major streaming platforms? No worries! You can still stream ‘Beauty and the Beast’. All you have to do is head to Fubo Tv and stream the movie there. However, do note that you must have a subscription to the platform in order to watch it.

Where Can I Watch Beauty and the Beast Online For Free?

‘Beauty and the Beast’ is a timeless classic, so you may have seen it already, and paid for it. But this is the kind of movie that deserves a re-watch. Thus, if you are unwilling to spend again on the same movie, we totally understand and have you covered. Go over to Fubo Tv and sign up for their week-long free trial period, and use this time to watch ‘Beauty and the Beast’.

However, we strongly urge all our readers to pay for any art they consume, considering the amount of effort that goes into it.