Behind Every Man on OWN: Everything We Know 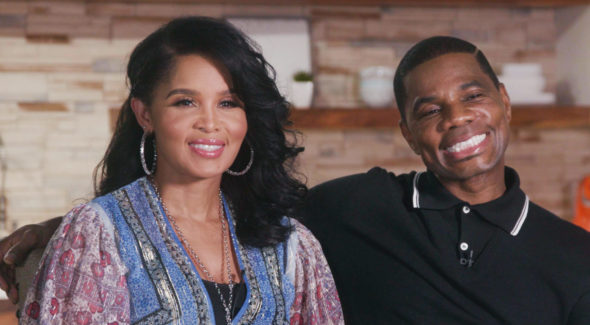 “Behind every great man is a great woman” — OWN has transported this phrase to the small screen with a heartfelt show, ‘Behind Every Man’. The channel has added the reality drama to its ever-expanding slate of unscripted programming — created to inspire and infuse hope. This particular series is about powerful Black women who have supported their famous male partners, through thick and thin. The first outing of ‘Behind Every Man’ features a star-studded line-up. Curious to know if any of your favorite celeb couples are highlighted in season 1? Well, we have you covered!

Behind Every Man Season 1 Release Date:

‘Behind Every Man’ season 1 releases on November 7, 2020, at 10 pm ET/PT on OWN. It joins the network’s lineup of Saturday night unscripted hits. Each episode spans a runtime of one hour and airs weekly every Saturday at the same time slot. The first season consists of five episodes and wraps up with its finale on December 5, 2020.

Each episode of ‘Behind Every Man’ throws the limelight on one celebrity couple. The focus is primarily on the strong Black women, who have stood as firm support behind their famous partners. The episodes narrate the passions, struggles, and sacrifices, made by the women to stand by the men they love.

One of the most successful gospel artists, Kirk Franklin’s path to stardom is the result of the unrelenting support and faith of his wife, Tammy Franklin. On the other hand, Ne-Yo is a Grammy winner and a prominent R&B artist. But he is lucky to have a strong mother who fought through her own challenges to raise him. Now, he is married to Crystal, who is equally supportive.

Wyclef Jean is a Haitian American and a renowned name globally. However, the person who has always stayed by his side is his wife Claudinette Jean — who has achieved her own dreams alongside those of her husband. RaaShaun Casey aka DJ Envy is known to many for being a super-talented radio host, DJ, and producer. And his better half, Gia Casey, has struggled through several obstacles in their two-decade relationship.

Finally, Usher Raymond is a multi-platinum R&B artist, and he has risen to the top because of his manager — who happens to be his mum, Jonnetta Patton. Apart from the rest of the pairs who are all couples, Usher and Jonnetta tell a slightly different and emotional story of the strong bond between a mother and her son.

Behind Every Man Trailer