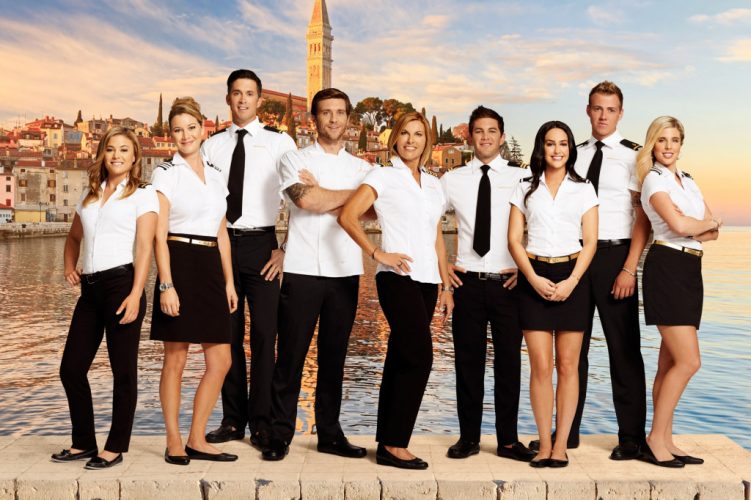 In its originally planned pre-2000’s scheme, Bravo was known both in the UK and in the US for its comprehensive showreel full of shows about performative arts – especially the dance shows. However, it went through a renovation in 2003 or thereabouts, and ever since the decided area of stress, if not the forte, has been reality TV for the now non-premium network. Following suit after the success of ‘Desperate Housewives’, the network picked up what would go on to become of the biggest modern hits of its genre – ‘The Real Housewives’ franchise. Instead of the then prevalent spinoffs from ‘Big Brother’and its formula, these shows go a different route.

Rather than lumping strangers together, the cast of these shows is chosen on the basis of pre-existing chemistry between them. Granted, Bravo is known for its gated community showcasing gigs that virtually paved the way for the Z-listers’ TV like ‘Keeping Up With The Kardashians‘, Bravo also has a handful of similar shows outside the sphere of kvetching, tanning, and gossiping of the high life between aristocrats.

The ‘Southern Charm‘ franchise is a prime example. Also, ‘Below Deck Mediterranean’, which despite what its name implies, does not fashion itself after ‘Baywatch‘. Far from it, ‘Below Deck Mediterranean’ is the reality show proper: a real show about real people, as it only depicts a shipful of a crew and the relationship dynamics between members of the crew- from the captain to the deckhand.  The show is, as a matter of fact, a spinoff to the mainline ‘Below Deck’ series, which also features and depicts the lives of the crew of a mega-yacht below the deck.

As is the case with reality television shows, this series too has seen a steady fan base. This has only grown over the seasons, thanks to the antics that we see on the show. Critics too have received the show favorably, praising the entertaining and voyeuristic look that we get at life on a yacht. ‘Below Deck Mediterranean’ airs on Bravo and first premiered on May 3, 2016.

Below Deck Mediterranean Cast: Who is in it?

Like many of its modish neo-reality television, ‘Below Deck Mediterranean’ scraps the idea of a dedicated narrator making commentaries to make the flow of the episodes more compact and immersive. Instead of the panning or zoom-in cuts where the narrator would traditionally be providing commentary to revise the events or explain the situation, seen especially after an advertisement break, there are the cursory ‘confessionals’ that is characteristic of modern reality TV.

Naturally, all the screen time is distributed between only the crew of the mega-yacht. As strange as it may sound, the biggest screen time is not allotted to the captain at all, but the head stewardess, Hannah Ferrier. This also has to do with the fact that Hannah is about the only part of the original crew from the initial season left, as the rest of the cast has been changed completely, with Sandy Yawn replacing Mark Howard as the captain. Other than them, the current roster consists of Wesley Walton, Adam Glick, and Christine “Bugsy” Drake – who may or may not return in the season 5.

Other cast members who were all part of season 4, but may or may not return in the next season include, Mila Kolomeitseva, the first female chef on the show; Aesha Scott; Anastasia Surmava; Jack Stirrup and Travis Michalzik.

Season 5 is surely going to see some new faces as well. We will have to wait to see who all.

Below Deck Mediterranean Plot: What is it about?

Like the main ‘Below Deck’ series, the show follows a mega-yacht for a closer look at the life of its crew, as it cruises through foreign seas during the charter season. The region varies, and over the course of last 4 seasons, the show has travelled to Greece (Season 1), Croatia (Season 2), Italy (Season 3), and the South of France (Season 4).  Basically, the premise of ‘Below Deck Mediterranean’ follows the crew of the Ionian Princess, a luxury yacht which can be chartered.

We hope to see more clashes and romances blooming below the deck of this luxury yacht and we are sure that the show will not disappoint us.

Below Deck Mediterranean Season 5 Release Date: When will it premiere?

‘Below Deck Mediterranean’ Season 4 premiered on June 3, 2019. As far as the next season goes, we don’t have an official announcement yet. Though considering the popularity of the show, we would be surprised if Bravo doesn’t renew it another season. If renewed, ‘Below Deck Mediterranean’ Season 5 will release sometime in June, 2020. We will update this section as soon as we hear more.

Check out the trailer of ‘Below Deck Mediterranean’ season 4 here to refresh your memories of the show. If you have not seen the series and enjoy reality television with oodles of drama then this is the show for you.