Will There be a Below Deck Sailing Yacht Season 2? 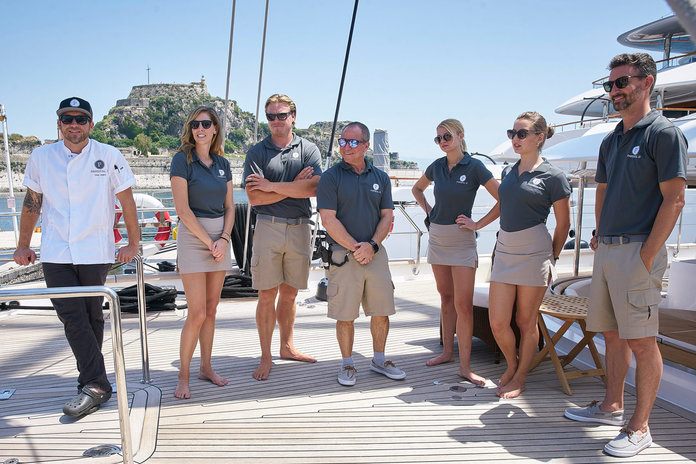 Created as a spin-off to Bravo’s high-seas reality drama, ‘Below Deck’, ‘Sailing Yacht’ embraces the same concept — but with a different set-up and new stars. Its first season takes us to Greece and follows the lives and interpersonal relationships among the crew members aboard a 177′ sailing yacht during its charter season. After a respectable inaugural installment run, you must be dying to know if there will be a ‘Below Deck Sailing Yacht’ season 2. Read on!

Ratings are usually the primary factor in deciding the future of a show. And ‘Sailing Yacht’ seems to have passed this criterion with flying colors. Viewerships saw a constant rise across the episodes, especially after Parker McCown was replaced by Chris Miller. Of course, the numbers started to increase when the drama started getting more intense. These include the explosive romance between Jenna MacGillivray and Adam Glick, the disgruntled Madison Stalker, and crazy guests.

So yes, in terms of ratings, the chances of a renewal are ripe. Moreover, Casting Director, Diana Wallace had posted a casting call announcement in her Instagram handle. This is what she wrote: “Calling all experienced SAILING YACHTIES! Now casting all positions! Email your CV, a photo, and a bit about yourself/your experience to dianawallacecasting@gmail.com, or tag an experienced sailor below!”

Yes, a second edition is almost a guarantee. However, when Bravo goes ahead with a second outing, there is still the roadblock of production schedules because of the ongoing COVID-19 pandemic. Most of the private summer charters have been delayed. Therefore, it is still uncertain if the show will be able to film this year at all. On the other hand, if shooting is pushed to fall instead of summer, we can expect ‘Below Deck Sailing Yacht’ season 2 to release sometime in 2021.

Below Deck Sailing Yacht Season 2 Cast: Who Can be in it?

However, Glick is unlikely to appear in the next season. He said during an interview with ‘Watch What Happens Live with Andy Cohen’: “I think that the learned lessons for me, in the long run, is that after 12 years living and working on the open ocean, I’m f**king over it. I’m ready to have a ranch, I’m ready to live my life on land and grow a beautiful garden. And do the things that I want to do, like feed people organically over a fire. And none of those things can I do on a boat.”