When Will Below Deck Season 7 Episode 14 Premiere? 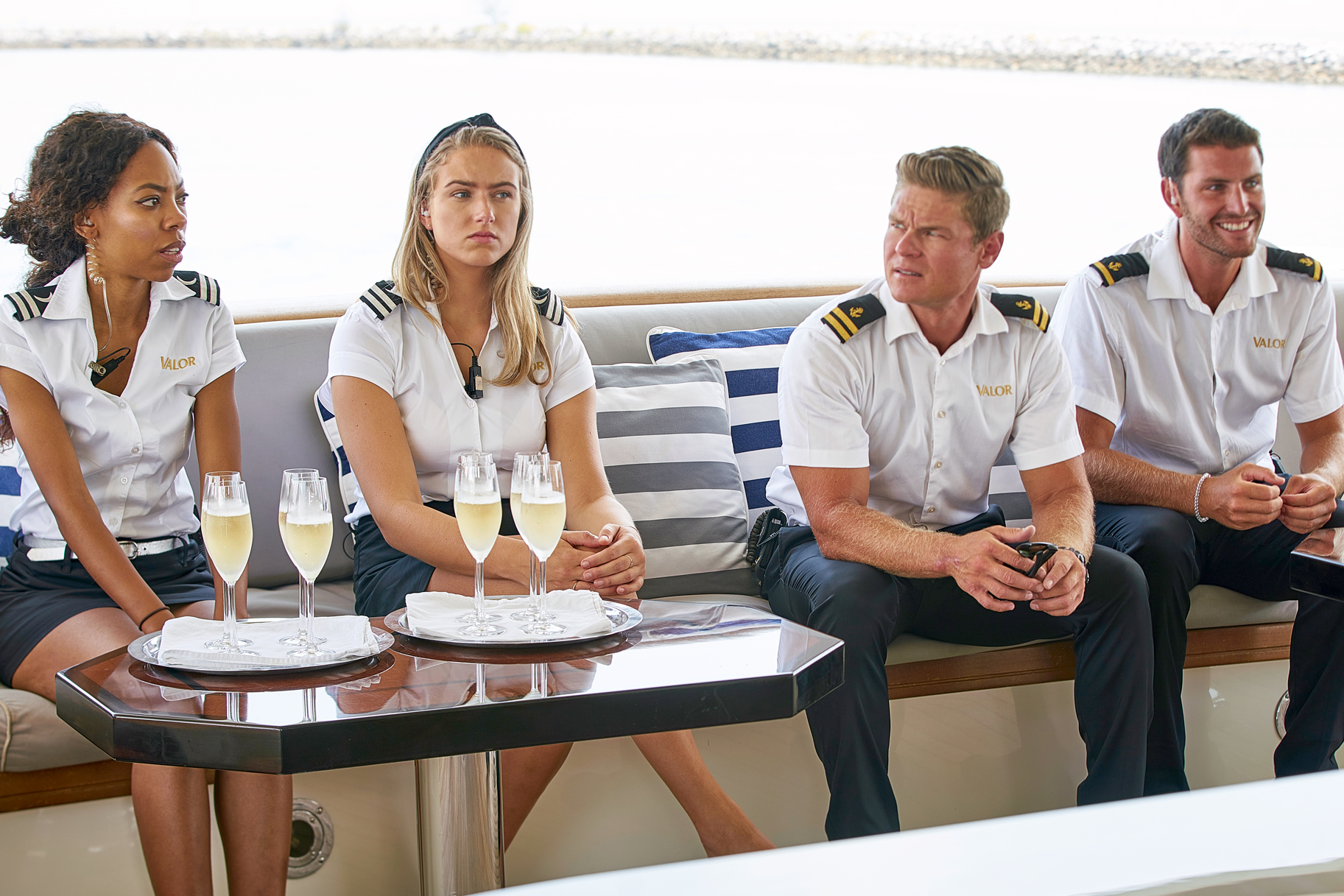 ‘Below Deck’ is a reality tv series that airs on Bravo and chronicles the ups and downs in the lives of the crew aboard a multi-million dollar charter boat. All of these single “yachties” face endless trials and tribulations as they lead a happening life packed with love, drama, and challenges.

After spanning six seasons, season 7 of the series premiered on Bravo on October 7, 2019. We meet Captain Lee, Kate, and Ashton as they start off on an exciting journey in Thailand on the mega yacht “Valor.” While Ashton follows a policy of work hard and play harder and leads the crew, he needs to keep his emotions under check. Chef Kevin continues adhering to his strict rules in the kitchen while Kate’s confrontations in the galley seem to have no end.

Courtney receives increased attention among the crew members and Abbi is finding it difficult to follow the high standards of yachting. Brian and Tanner take up extra workloads. Brian, Ashton, Tanner, Simone, Courtney, and Kate get involved in multiple love triangles and heartbreaks.

Below Deck Season 7 Episode 14 Release Date: When Will It Premiere?

Where to Watch Below Deck Season 7 Episode 14 Online?

Other streaming options include FuboTV, Hulu with Live TV (Bravo), or PlayStation Vue. You can also live-stream the series on your digital devices, such as a computer, phone, Roku, Fire TV, Apple TV or another streaming device through one of the aforementioned services.

Episode 13 of Season 7 of Below Deck is titled ‘Exodus’. It brings in a shocking revelation with Captain Lee discovering after he wakes up that Kate has quit. Following this news, Simone and Courtney attempt to maintain order within the crew. On the other hand, Ashton doesn’t recall whatever happened the night before and confesses to Lee that he is the reason Kate is gone.

Tanner seems to be taken aback after learning about his and Kate’s kiss. Kevin receives a threat from a charter guest, Justine — a professional Chef — who says that he will keep a close eye on him. More drama ensues when Jamie refuses to share her guest cabin with another passenger.

Captain Lee continues to call Kate but they remain unanswered. And just as things start to get crazier, Kate returns wearing the same outfit from the night before. She takes Simone’s radio and announces, “All crew, all crew, here I am!” She then proceeds to apologize to Lee but is also doubtful of continuing to stay on a boat, packed with people who hate her.

Ashton apologizes to Kate and Captain Lee holds a preference-sheet meeting where he describes the next set of guests who want a black-and-gold masquerade party.