When Will Below Deck Season 7 Episode 15 Premiere? 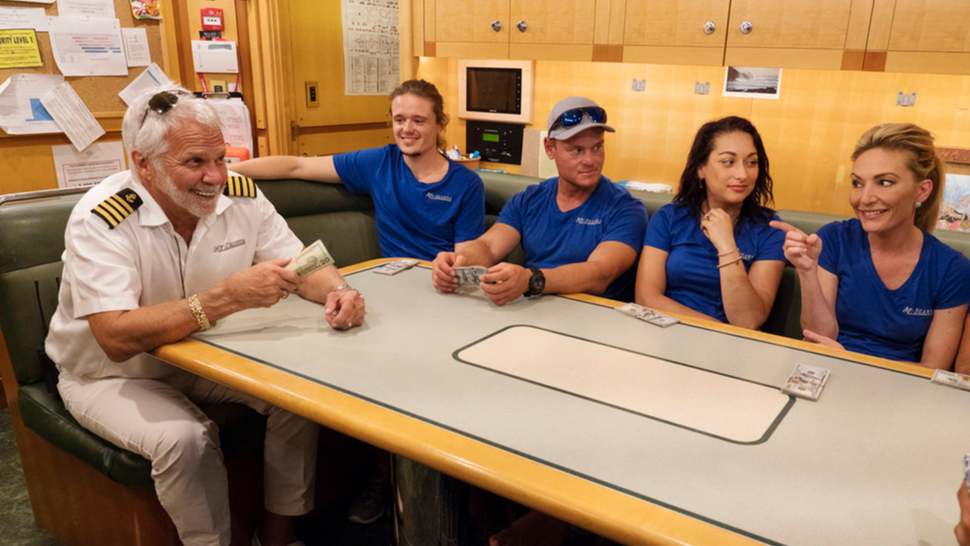 ‘Below Deck’, one of Bravo’s long-time hits, definitely deserves inclusion in your must-watch list if you love high-sea dramas. The reality show, which is currently airing its seventh season, is packed with the perfect dosage of craziness that is a staple when there’s a chunk of energetic crew members on-board a luxury yacht during its charter season.

Of course, the team needs to balance professional goals with personal lives when they are together 24/7 while attending to the lofty demands of elite guests. But season 7 is even wilder. Why? For the first time, a mega-yacht named the Valor cruises the seas of Thailand.

Bravo describes the new season as: “With one demanding charter group after another, the crew is tasked with entertaining playboys and party girls this season; but after a shocking departure, the teams must band together to welcome back a crew member from seasons past.”

Below Deck Season 7 Episode 15 Release Date: When Will It Premiere?

The preview describes the episode as “Alexis Bellino celebrates her recent divorce on Valor. Are Kate Chastain and Tanner Sterback about to hook up?!”  You can also catch a sneak peek of the upcoming episode here.

Where to Watch Below Deck Season 7 Episode 15 Online?

Other streaming options include FuboTV, Hulu with Live TV (Bravo), or PlayStation Vue. You can live-stream the series on your digital devices, such as a computer, phone, Roku, Fire TV, Apple TV or another streaming device through one of the aforementioned services.

Episode 14 of Season 7 of Below Deck is titled ‘Witch Hunt’. In the last episode, we meet a group of demanding charter guests as they embark on the Valor. Kevin meets a new guest and professional chef, Justine, who says that he would be keeping an eye out for the former. This leads Kevin to lose his temper and he asks Justin to “step it up.”

Ashton is completely frustrated when Kate returns and in her signature style, stars interfering in the drama of the deck team. Simone tries hard to polish her skills so that she progresses to become a better second stew — with or without Kate’s help. Ashton has to participate in a photoshoot with the guests and ends up flirting with a charter guest, Molly. The deck crew is completely frustrated with Rhylee and as a result, Captain Lee is forced to take an immediate, drastic decision.