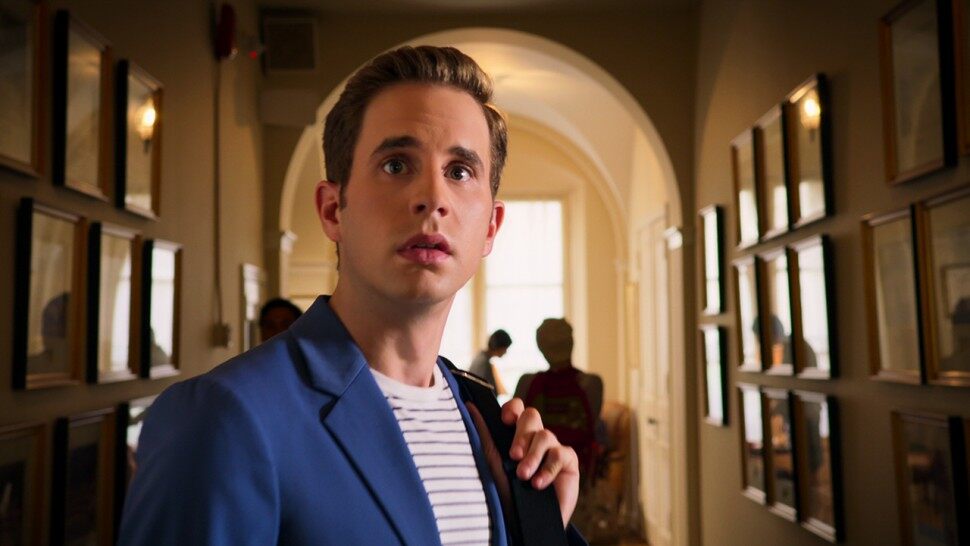 American actor, singer and songwriter Ben Platt was born into a Jewish family in Los Angeles. His father, Marc Platt is a film, television and theatre producer who has produced projects like ‘Legally Blonde’, ‘Into the Woods’, ‘La La Land‘, ‘Mary Poppins Returns’ and so on. Ben Platt began his career in theater as a child artist. When he was only nine years old, he performed in the musical ‘The Music Man’ at the Hollywood Bowl and had the opportunity to work with popular actress Kristin Chenoweth. During his time at the Adderley School for Performing Arts in Pacific Palisades, he performed in a number of productions like ‘Bye Bye Birdie’ and ‘Into the Woods’.

Platt became a theatre persona very early in his life and gathered quite an experience. At the age of seventeen, he played the role of Jean Valjean in Kidz Theater’s production of ‘Les Miserables’. He also portrayed the character of Claude Bukowski in Columbia University’s production of ‘Hair: The American Tribal Love-Rock Musical’. Six weeks into Columbia University, he had to drop out as he was bound by a contract with ‘The Book of Mormon’. He played elder Arnold Cunningham in the 2012 production, garnering critical acclaim for his performance. He again stepped into the shoes of elder Arnold on Broadway at the Eugene O’Neill Theatre.

Platt bagged a supporting role as Benji Applebaum in the 2012 musical comedy ‘Pitch Perfect‘, which was based on the book ‘Pitch Perfect: The Quest for Collegiate A Capella Glory’. In this project, he worked alongside an ensemble cast consisting of some big names such as Anna Kendrick, Skylar Astin, Rebel Wilson, Adam DeVine, Anna Camp, and Brittany Snow. The film went on to become highly successful, both commercially and critically. It also earned him a nomination for Teen Choice Awards in the category Choice Movie: Male Scene Stealer for his work. He reprised his role in the 2015 sequel, ‘Pitch Perfect 2’. He has also appeared in films like Jonathan Demme’s ‘Ricki and the Flash’(2016) and Ang Lee’s 2016 war drama film ‘Billy Lynn’s Long Halftime Walk’.

He starred in the titular role in the 2015 production of the musical ‘Dear Evan Hansen’, which gained immense popularity within no time and had to be transferred off-Broadway. Platt received positive reviews and accolades from critics and audience alike for his performance. He again played the character of Evan Hansen at Second Stage Theatre in 2016. In the same year in December, he played the lead role in ‘Dear Evan Hansen’ on Broadway at the Music Box Theatre’, receiving an overwhelming response from the critics. His performance was praised for being “historic” and as “one of the greatest” by any male performer in a musical. He received numerous awards, including the Tony Award for Best Actor in a Musical.

Platt signed a record deal with Atlantic Records in 2017. He also performed at the 60th Annual Grammy Awards along with Justin Goldner and Adele Stein. He has been a part of Whitney Cummings’ ‘The Female Brain’ (2017) and ‘Drunk Parents’(2019), a comedy film directed by Fred Wolf. Platt was cast in Rob Ford’s historical fiction thriller ‘Run This Town’ (2019), where he shared the screen with the likes of Damian Lewis, Nina Dobrev, and Mena Massoud. The casting of Platt, however, caused a minor controversy.

In 2019, this multi-talented artist focused more on his singing career, announcing his first studio album ‘Sing to Me Instead’. Some of his popular songs are “Bad Habit”, “Ease My Mind”, “Rain” etc. Ben Platt is openly gay. He came out to his family years ago, and came out in public through the music video of “Ease My Mind”. At this point you must be wondering what is the next Ben Platt movie or TV show? Well, here’s the list of upcoming Ben Platt films and TV shows scheduled to release in 2019 and 2020. We can only hope that the latest Ben Platt movies would be as good as some of his recent ones. 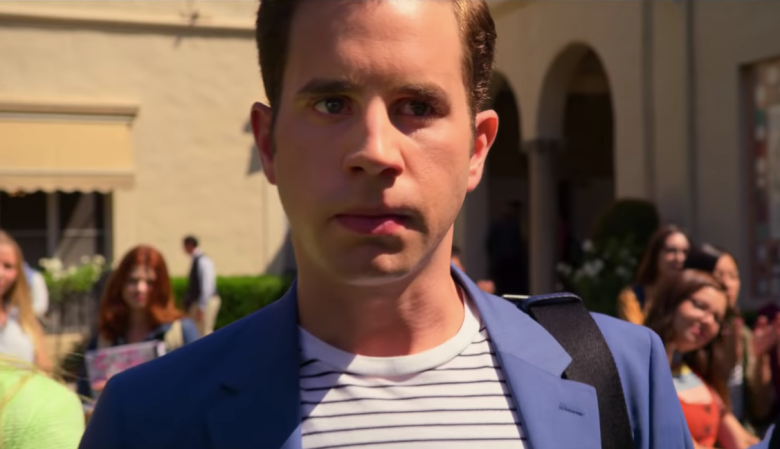 Upcoming comedy web television series ‘The Politician’ is all geared up to premiere on the world’s largest online streaming network, Netflix, on September 27, 2019. Ryan Murphy, Brad Falchuk, and Ian Brennan have created the series. Actors Ben Platt, Gwyneth Paltrow, Jessica Lange, Zoey Deutch, Lucy Boynton, Bob Balaban, David Corenswet, Julia Schlaepfer, Laura Dreyfuss, Theo Germaine, Rahne Jones, and Benjamin Barrett are on board playing some of the main characters in the series. According to the official press release, the series will focus on the political aspirations of Platt’s on-screen character Payton Hobart, a student from Santa Barbara. But first and foremost, he needs to navigate the most treacherous political landscape, i.e, St. Sebastian High School. 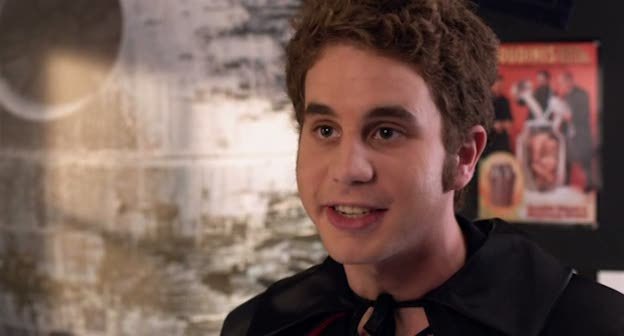 Director Peter Sattler’s ‘Broken Diamonds’ is a forthcoming drama film starring Ben Platt, Lola Kirke, Yvette Nicole Brown, Alphonso McAuley, Lynda Boyd and others in various roles. Steve Waverly has written the script and Keegan DeWitt has composed music for the film. The plot is about a writer in his twenties, whose dreams of moving to Paris is shattered after the death of his father, as now he has to take in his mentally unstable sister. Principal photography for the film began in June 2018 and filming has been completed. ‘Broken Diamonds’ does not have a scheduled date of release yet, but it is set to hit the theaters sometime in 2019 itself.

1. Merrily We Roll Along (TBA) 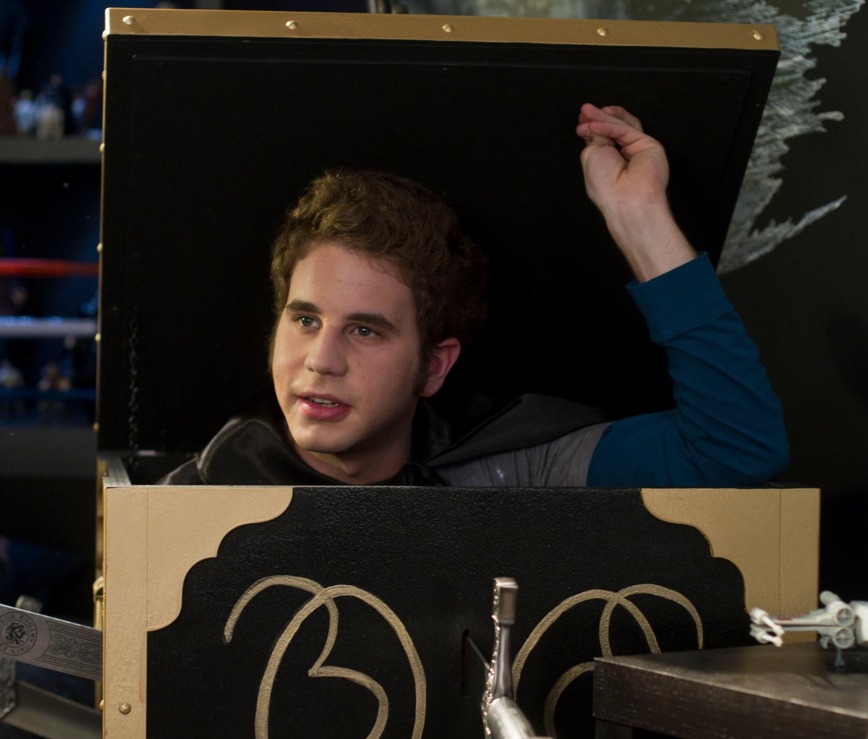 Director Richard Linklater’s musical comedy ‘Merrily We Roll Along’ is definitely going to intrigue the audience. Like his widely acclaimed film ‘Boyhood’(2014), this movie would be filmed over the course of about twenty years and would release somewhere around in 2040. The storyline follows the lives of three friends: Franklin Shepard, a Broadway composer; Charley Kringas, a lyricist who partners with Frank; and Mary Flynn, a writer, and critic. The musical would trace their journeys and friendship over a period of twenty years. Ben Platt is set to portray Kringas, Jenner would be cast as Shepard, and Feldstein as Mary Flynn. This ambitious project is really worth looking forward to, but you definitely need to be a tad more patient than usual.