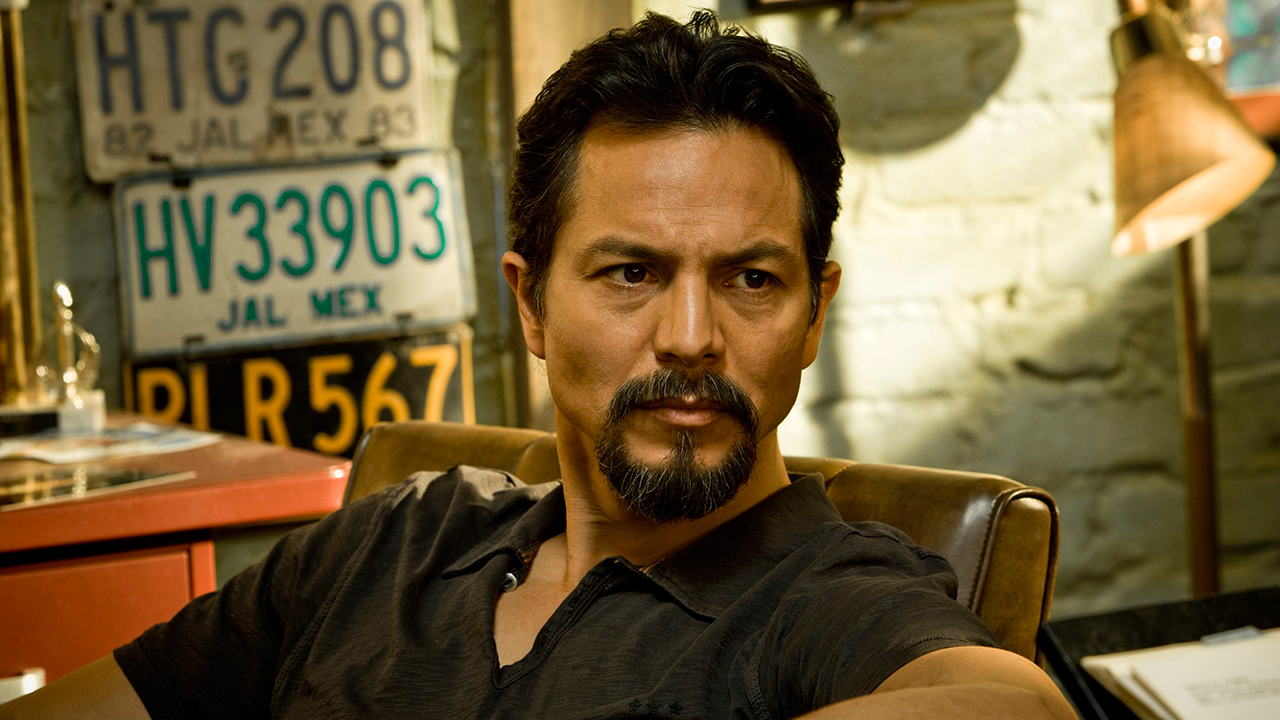 Benjamin Bratt is a Peruvian American actor, activist, and producer. Born in San Francisco, California, acting was perhaps always in Bratt’s genes, as his paternal grandfather was a Broadway actor. After attending the prestigious  Lowell High School in San Francisco, Benjamin Bratt went on to earn a B.F.A. from the University of California, Santa Barbara. He was on his way to getting an M.F.A. from the American Conservatory Theater in San Francisco but left before he got his degree, to star in ‘Juarez’, a television film. There was no looking back for Benjamin Bratt since then, as he went on to gain exposure with roles in films like ‘Demolition Man‘ and ‘Clear and Present Danger’.

Later, he became a globally recognized name when he appeared as the NYPD Detective Rey Curtis in ‘Law & Order‘, for which he received an Emmy nomination. He went on to appear in several films and television shows, like the recently canceled ‘Star’. Benjamin Bratt also tried his hand at lending his voice in animated movies and experienced success. He has films such as ‘Cloudy With a Chance of Meatballs’, ‘Despicable Me 2’, and ‘Coco‘ under his belt. He also appeared in ‘Doctor Strange‘, furthering his global recognition. So now you must be wondering what is the next Benjamin Bratt movie or TV show? Well, here’s the list of upcoming Benjamin Bratt films and TV shows scheduled to release in 2019 and 2020. We can only hope that the latest Benjamin Bratt movies would be as good as some of his recent ones.

Benjamin Bratt stars in the action thriller ‘A Score to Settle’. The story revolves around an ex enforcer who works for a local crime syndicate. After 22 years of wrongful imprisonment, the man is understandably mad, and out for blood. He vows to exact revenge and turns on his mob bosses. However, there is one thing that is diverting his violent plans, and that is his newfound relationship with his beloved son. Bratt plays a character called Q, and Nicolas Cage stars along with him in the movie.

The movie shows Frank (Cage) teaming up with Bratt’s character Q, who used to be involved in a life of crime but has now gone straight. Although this is nowhere close to some of Cage’s better works like ‘Mandy‘, ‘A Score to Settle’ showcases a fine performance from the veteran actor, and from Benjamin Bratt. In the beginning of the movie, we see that Frank suffers from insomnia and his condition is terrible enough to warrant a release from prison. However, the medicine prescribed to him does not help, and the enforcer is back on the street hunting down the guys who made him serve time in prison.

Overall, it is bound to be an enjoyable movie, and the chemistry between Bratt and Cage is something that drives much of the story forward. The plot is not too fleshy, so do not expect a lot there; but if you like Nicolas Cage, then you should definitely catch this one. Benjamin Bratt had first came to our attention with his supporting roles, and the actor plays off his strengths here in ‘A Score to Settle’.

1. The Homecoming: A Musical (TBA)

Benjamin Bratt is all set to play the part of Daphne’s dad in the upcoming project ‘The Homecoming: A Musical’. Not much is known about the project at this point of time since it is still being filmed. Obviously, it will be a musical, so Bratt will have to bring some of his talents from animated movies like ‘Coco’ to the table here. But the reported cast of the movie is an impressive one, with the likes of Phoebe Cates, Maggie Gyllenhaal and Peter Sarsgaard on board. So we expect phenomenal performances from everyone when the movie comes out.