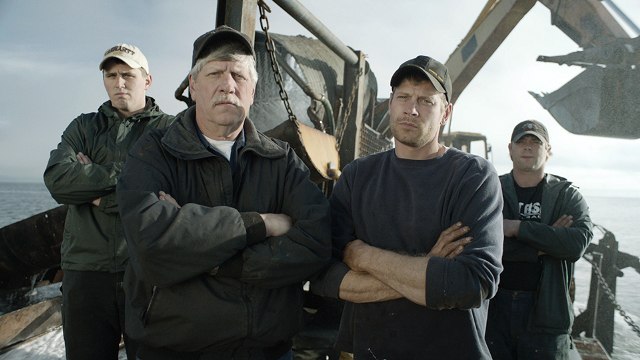 ‘Bering Sea Gold’ is a half-documentary half-reality television series that airs on the Discovery Channel. Created, produced, and narrated by the same men behind ‘Deadliest Catch’, Thom Beers and Mike Rowe, the show takes viewers to the region of Nome, Alaska, where it documents the struggles involved in searching for gold in an ocean environment.

‘Bering Sea Gold’ is a pretty old show – Season 1 premiered on January 27, 2012. Since then, the show has seen a whopping 10 seasons being aired, and it enjoys quite some popularity among viewers. Understandably, fans of the show are now wondering whether ‘Bering Sea Gold’ will return for an eleventh season. Here’s everything we know about it thus far.

Bering Sea Gold Cast: Who is in it?

Being a reality show, ‘Bering Sea Gold’ doesn’t exactly have a fixed list of cast members, but many have stuck with the show for a long time.

As far as narration is concerned, show co-creator Thom Beers narrated the first two seasons, following which Mike Rowe took up the duty. Other participants in the show involve the owners, captains, and crews of the dredging fleets which go about searching for gold in the Bering Sea. Some of them, like Steve Pomrenke, Shawn Pomrenke, Ezekial ‘Zeke’ Tenhoff, and Emily Riedel have stuck with the show for a very long time, with Riedel being the only female participant.

In season 11, we expect the narrator and the veteran participants to all make a comeback. If any changes to the line-up are announced, we’ll be sure to update this section to reflect the same.

Bering Sea Gold Plot: What is it about?

So what exactly is the show all about? Well, it follows the owners, captains, and crews of a fleet of dredgers who head out into the Bering Sea to look for gold. These fleets, of course, are equipped with all necessary equipment like sluicing apparatus, dredges, and cold-water-diving life support systems. In case you’re not aware of what dredging is like, you should know that it’s a very dangerous activity that can often pose serious risks to those involved. Yet, the crews that the show follows are masters at their art, and they make the dangerous activity of dredging look like cakewalk.

While there’s not much drama in the actual, painstaking work of dredging, ‘Bering Sea Gold’, being a reality show, also inserts and documents drama unfolding in the lives of its participants to make crew members more relatable for viewers and to make the show a dramatic and compelling one.

Apart from this drama, the show also brings to viewers some of the conflicts which arise among crew members when it comes to the actual dredging work. Stormy sees, mining location rights, poor underwater visibility, equipment failures, and issues surrounding diver safety all add to the tension in the show, making the search for gold in the Bering Sea an interesting, and sometimes terrifying and tense watch. In fact, the crews often encounter serious life-threatening situations, and while all of these aren’t always caught on camera, Emily Riedel has said in interviews that the going isn’t easy and that her crew have had some close shaves over the years. Yet, the rewards sometimes warrant the risks, and some crews have managed to make one-time scores worth as much as $1.3 million.

As far as reception is concerned, ‘Bering Sea Gold’ understandably caters to a niche audience, and has a decent rating of 6.7/10 on IMDb. That being said, the fact that the show has run for 10 long seasons is a testament to its popularity among its fans. We don’t know what critics collectively think of the show since it doesn’t have a score on review aggregator website Rotten Tomatoes. However, when the show first debuted in 2012, The Hollywood Reporter praised it, saying, “While there’s ample tension in finding out whether each craft will uncover enough daily gold to make the short season profitable enough to pay its protagonists’ bills, the real intrigue found on ‘Bering Sea Gold’ lies in the day-to-day mishaps that befall the cast…Given the realism of ‘Bering Sea Gold’, that should make for one entertaining season, indeed.” In a similar vein, The A.V. Club wrote, “With its multiple-character setup and exotic activity, ‘Bering Sea Gold’ is carefully designed to not be boring.”

Bering Sea Gold Season 11 Release Date: When will it premiere?

Bering Season 11 is all set to premiere on September 17, 2019 on Discovery Channel. The season is expected to last for 12 episodes like previous seasons. Don’t forget to mark your calendars.

While we wait for ‘Bering Sea Gold’ season 11, here’s a clip from the show to give you a glimpse into the harsh but rewarding world of dredging for gold.