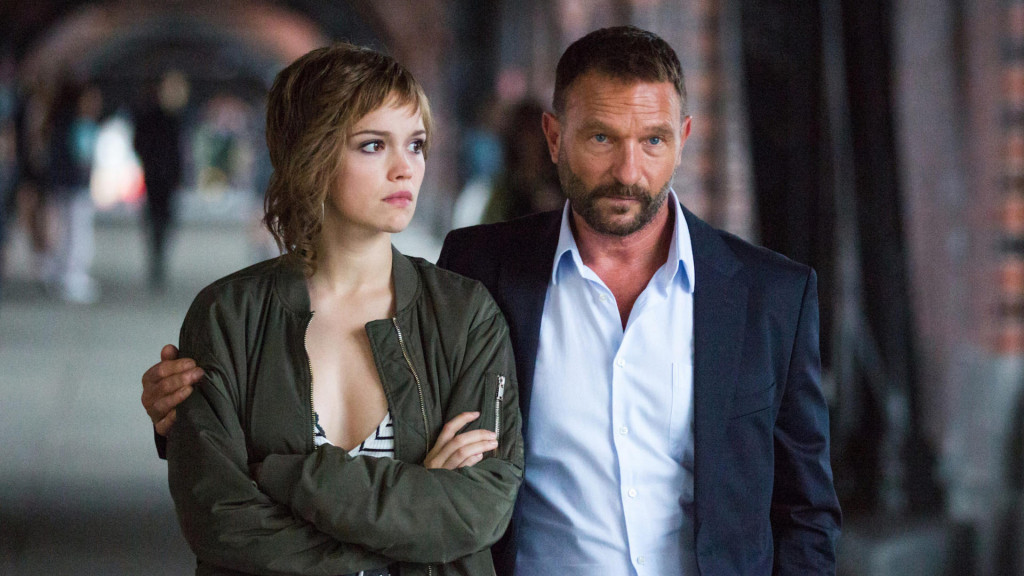 ‘Berlin Station’ is a contemporary spy thriller that follows CIA operative Daniel Miller who has just arrived at the CIA foreign station in modern day Berlin, Germany. The first two seasons saw Miller infiltrating different organizations in order to extract information. Created by Olen Steinhauer, Season 1 of ‘Berlin Station’ premiered on Epix on October 16, 2016. On November 17, 2016, Epix renewed the show for a second season, which premiered on October 15, 2017. Days later, ‘Berlin Station’ again got renewed, and Season 3 premiered on December 2, 2018, and ran till February 18, 2019. Unfortunately for fans, Season 3 also happened to be the last for the show. Here’s why it got cancelled.

Berlin Station Cast: Who is in it?

In the show, Richard Armitage plays the role of Daniel Miller, a CIA operative working undercover in Berlin. Michelle Forbes plays the role of no-nonsense CIA Berlin unit administrator Valerie Edwards, while Rhys Ifans plays the role of CIA veteran Hector DeJean – a man with a lot of secrets. Meanwhile, Leland Orser slips into the shoes of Robert Kirsch, a determined and successful Deputy Chief who digs out intelligence in Berlin using both his wits and force.

There are of course, dozens of other cast members who have appeared in the three seasons of the show. Some of them include April Grace as Jemma Moore, Caroline Goodall as Kelly Frost, Claudia Michelsen as Patricia Schwarz, Antje Traue as Lana Vogel, Thomas Kretschmann as Otto Ganz, Emilia Schüle as Lena Ganz, Natalia Wörner as Katerina Gerhardt, Heino Ferch as Joseph Emmerich, Katarina Čas as Sofia Vesik, Robin Weigert as Jamie Hudson, Anja Antonowicz as Nina Bartek, and James Cromwell as Gilbert Dorn.

Berlin Station Plot: What is it about?

The first season of ‘Berlin Station’ followed Miller’s story as he tried to uncover the source of information for a famous whistleblower named Thomas Shaw. Over the course of the season, fresh-from-Langley Miller, guided by the veteran DeJean, learns to contend with the high stakes, often life-threatening world that field agents have to deal with, as he tries to complete his mission.

The second season, which takes off four months after Miller gets shot at the end of Season 1, sees Miller trying to infiltrate a far-right German political party believed to be planning an act of terrorism right before an upcoming election. After a lot of nerve-wracking drama, Miller succeeds in his mission.

The 10-episode long Season 3 takes place over a span of 11 days, and the plot follows Miller and Kirsch as they embark on a diplomatic mission to Estonia. However, complications arise when the duo find compelling evidence about a covert Russian invasion. They subsequently have to race against time to prevent a chain of events that could potentially lead to another Cold (or, possibly Hot) War. Yet, that’s not the only thing Miller has to contend with. In Estonia, Miller also finds leads about a mysterious spy known as the “Diver”, who he believes killed his mother years ago on the night the Berlin Wall was torn down. Meanwhile, Season 3 also sees ex-military man Torres join the CIA’s Berlin Station. Unlike most of the agents at the station, who have been shaped by their experiences of the Cold War, Torres is portrayed as someone who prefers a more…hands-on approach, based on his earlier service experience as a specialist in Iraq and Afghanistan.

In terms of reception, ‘Berlin Station’ enjoys pretty decent popularity among audiences, and has a rating of 7.6/10 on IMDb. However, television critics did not have much praise for the show, and Season 1 of ‘Berlin Station’ has a score of 60% on Rotten Tomatoes. That being said, reputed publications like The New York Times and The A.V. Club have praised the show. For instance, The New York Times had words of high praise for ‘Berlin Station’, writing, “A well-made but not hugely original mix of spycraft, action and sexy office intrigue, “Berlin Station” is elevated by the surprising, and relatively unnoticed, quality of its core cast: The agents are played by a resourceful, distinctive group that includes Leland Orser, Michelle Forbes, Richard Jenkins, Richard Armitage, Keke Palmer and Rhys Ifans.” In a similar vein, The A.V. Club wrote, “‘Berlin Station’ fares better in mining hot-button issues for drama, but it’s still a slow burn. Olen Steinhauer’s put together another spy thriller with a faded template (does the sun ever shine in Germany?) that still has plenty of bright spots in the cast and story.”

‘Berlin Station’ Season 3 premiered on December 2, 2018 and ended its run on February 18, 2019. On March 29, 2019, Deadline reported that the MGM-owned premium cabler has cancelled the show. Therefore, unless some other network picks up the show, ‘Berlin Station’ Season 4 is not happening. At this point of time, there is no word on whether Par TV is considering shopping the series off for a new home on cable TV or streaming platforms.

That being said, it’s widely believed that limited series on niche networks like Epix are not always intended to be long-running shows. Given this assumed fact, ‘Berlin Station’ was always one of the the shows that was speculated to have its plug pulled as it has already had a decent three season run comprising 29 one-hour-long episodes.

Of course, with Season 4 not happening anytime soon (or ever), there’s no new trailer to look forward. However, here is the trailer for Season 3 of ‘Berlin Station’ in case you have not watched the show and are interested in taking a sneak peek into what it has to offer.