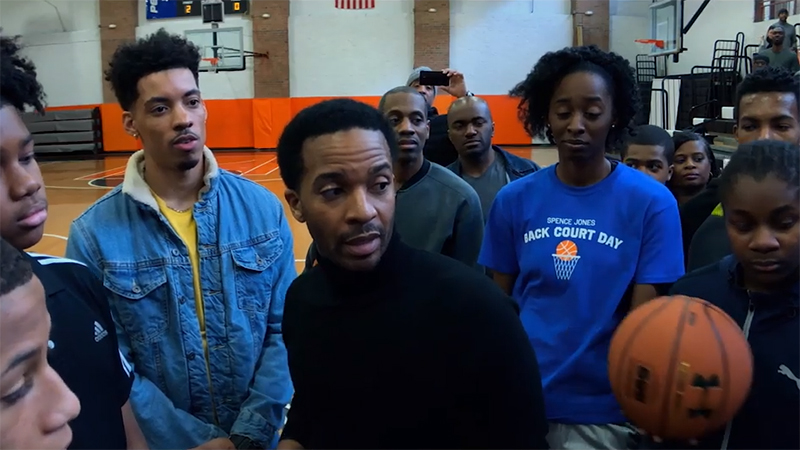 Basketball is one of the most popular sports in the world. Nowhere is it followed as passionately as it is in the United States and Canada. This indoor game has a long history and was first created in America at the educational center now known as the ‘Springfield College’. Basketball has had many tales woven around it, but its invention is also a story worthy of a movie in itself. The man who should receive all the credit for the game is a Canadian named James Naismith. He was a physical education professor at the then YMCA School. To keep his students fit during the long, cold winters, Naismith invented this indoor game. He himself would not have thought that this game would go on to become a multi-billion dollar industry.

Now if a sport is this popular, it is inevitable that movies would be made about it. Sports films have been made for a long time, and they usually focus on a player of the said sport burdened by his personal and professional problems and then getting ahead with a hugely important win. There have been some iconic sports films made in the past like ‘Chariots of Fire’ (1981) and ‘Rudy’ (1993). Many sports movies have pushed the boundaries of filmmaking and produced masterpieces the world will never forget. Like any popular sport, the game of basketball has also seen numerous movies being made using the game as the main theme. So, here’s the list of really good basketball movies on Netflix that are available to stream right now. 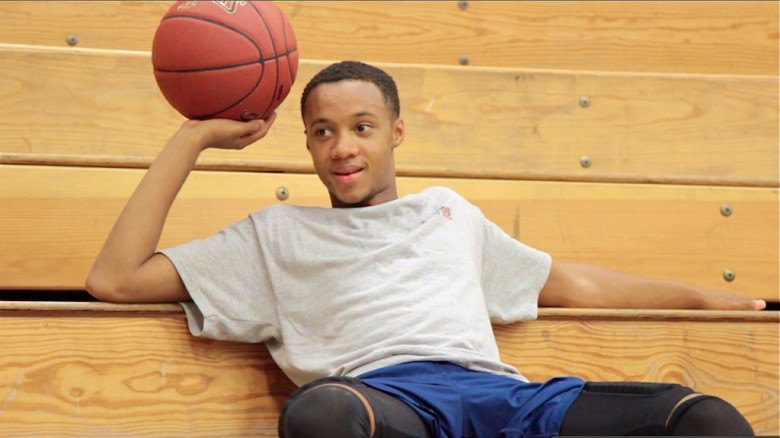 Directed by Mike Nicoll, ‘At All Costs’ is a documentary film which should not have found its place here, but it does because it works like a feature, focusing on the young player Parker Jackson-Cartwright and the founder of the Compton Magic AAU program, an initiative to find out talented basketball players in the area. In the film, we see how immensely the landscape of youth basketball has changed in America, and how commercialized it has become. The increasingly well-equipped training facilities, the competition, all have increased manifold, and it is through the eyes of Parker that we get to experience the inner workings of this world. This film has got mixed responses from the audience and critics. 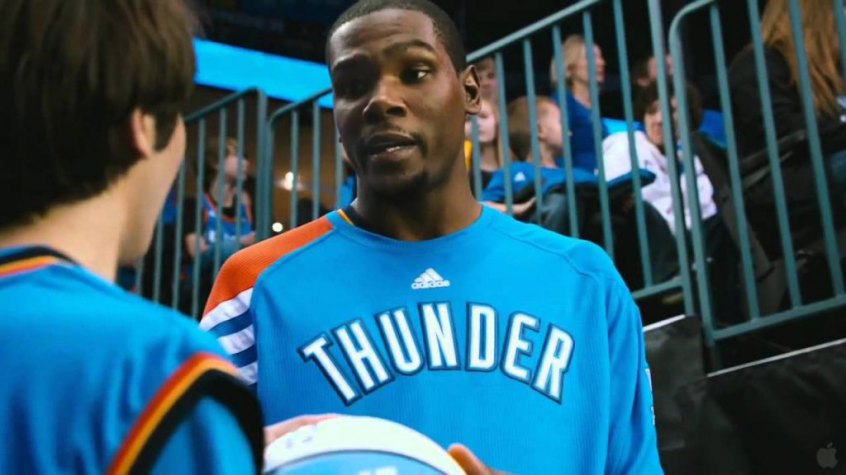 This fun-filled comedy movie directed by John Whitesell revolves around a 16-year-old who is unhappy because he could not make it to the school’s basketball team. Brian, the central character of the movie, instead begins working as a waterboy for the school basketball team. Even in school, he is constantly ridiculed by others because of a funny video of his went viral after his sister shared it with a few of her friends. Then, a miracle happens and one day, while getting a ball signed by Kevin Durant (played by the legend himself), Brian gets all of Durant’s skills and becomes a great player for his school team. Meanwhile, Durant’s form keeps getting poorer and he figures that the key lies with Brian. This movie found great appreciation from the audience, but was never appreciated critically. Besides Durant, it starred other basketball players like Marv Albert, Steve Kerr, Reggie Miller, and the teams of Oklahoma City Thunder and Charlotte Hornets. 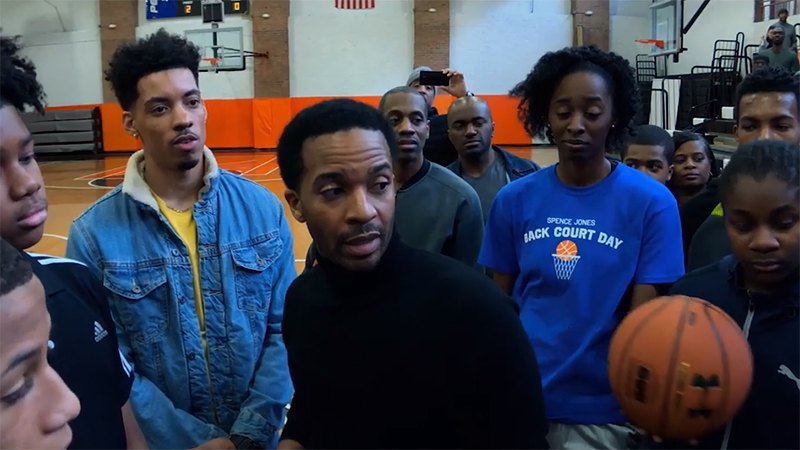 This movie is directed by the great Steven Soderberg and was made after his psychological horror Unsane (2018) failed to make an impact either with the critics or at the box office. This movie premiered on February 8 on Netflix and instantly received critical acclaim. The subject of the movie revolves around a basketball agent called Ray who is trying to not drown in debts when the NBA suddenly goes into lockdown. Along with him is an up-and-coming player called Eric Scott who is supremely talented, but is suffering from severe financial pressures. The movie gives us a look into how the business aspect of the sport is run and how players have become nothing more than commodities for the owners of the teams and even the fans.

Soderberg himself edited and did the cinematography for the film. Interestingly, this movie was completely shot on an iPhone 8, similar to the approach Soderberg took while filing ‘Unsane’. Regarding this film, critics have praised the writing of screenwriter Tarell Alvin McCraney, hailing the fact that he did manage to deal with such an important issue while also making the film entertaining. The movie premiered at the Sundance Film Festival. Soderberg was also praised for his unique approach to the subject. 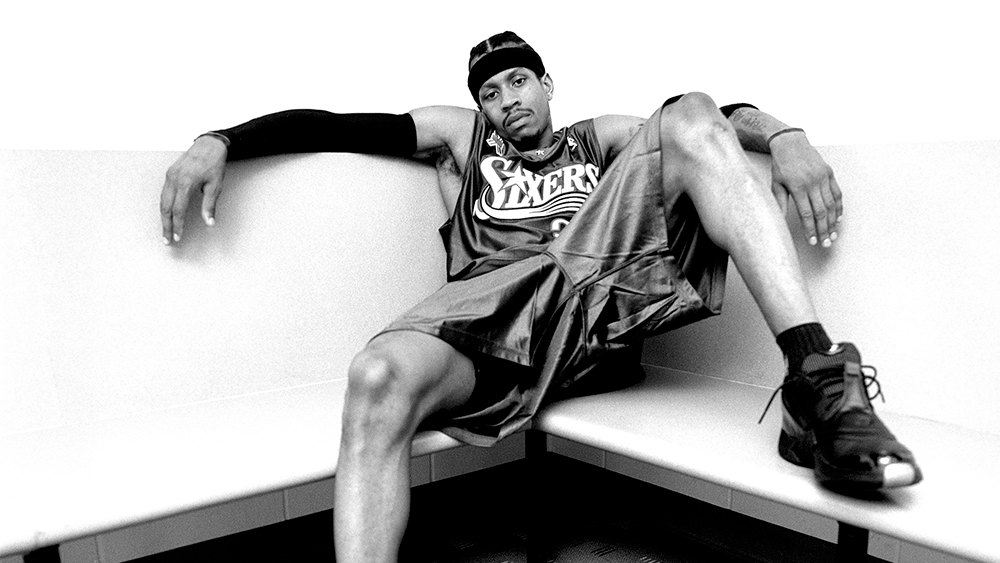 This 2014 documentary on the life of the legendary player Allen Iverson. This movie had to be included here because Iverson’s life is so dramatic and full of ups and downs, it takes the audience on a journey in a way only a few movies can. What Iverson has become to the world of basketball seems to be the crux of this movie. He is someone who has seen the lowest of lows and the highest of highs. He was born to a single mother when she was only 15 years of age. He grew up in the projects watching friends and people he looked up to going to jail for selling drugs. And from an environment like that, he went on to become an NBA-All Star for 11 times and a global icon for the sport of basketball. His influence also goes beyond the game.

Iverson was the one who created a cultural phenomenon in basketball by staying closely connected to the hip-hop culture, by not subscribing to the orthodox views of the authorities and carving a name for himself. The movie has been praised by critics, but some have even pointed to the fact that the documentary could only manage to depict events solely from the player’s perspective . However, we have to remember one thing here: there are always those who are square pegs in round holes, who have never given importance to status quo, and Iverson is just that. And that is what makes him a unique figure. 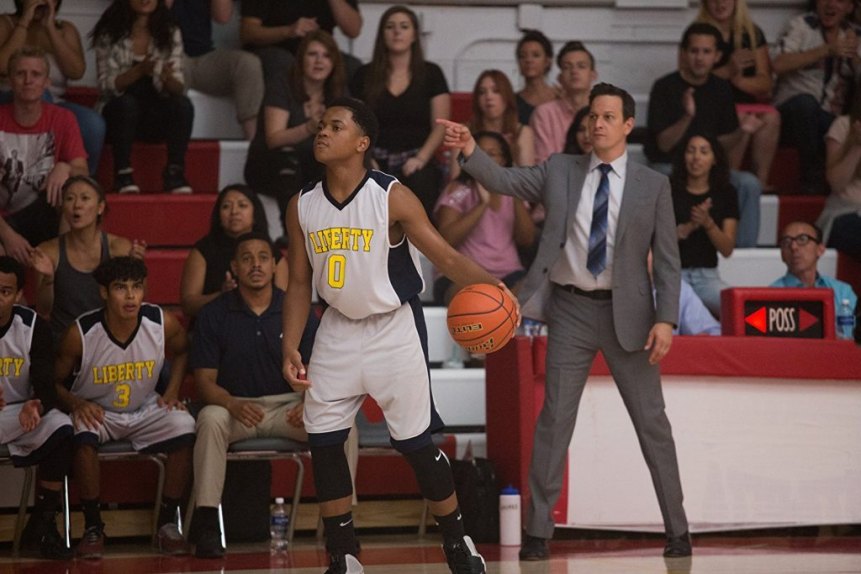 Basketball is a hugely profitable business. It is an industry where millions of dollars are involved every single day. And in such an industry which is so full of cash, it is no wonder that corruption will start creeping in and a lot of dealings will be done in money whose origin nobody is sure of. Keeping this context in mind, here we look at the movie ‘Amateur’, directed by Ryan Koo. It is the story of a teenage basketball sensation who is trying to make it big. He is still in the amateur leagues when he gets recruited by an NCAA prep school. Here, they teach youngsters how to prepare themselves for a life in the NBA.

The lead character in the movie is called Terror Forte and he is played by Michael Rainey Jr. whom we know from the TV series ‘Power’ (2014). Though this movie deals with something this serious, it did not manage to gather much critical acclaim. The writing, characterization, and the story were subjects of criticism. But one redeeming quality of the film was its acting. Rainey Jr. has again proved his mettle in this film, and if given proper chances, he can grow up to be an amazing performer for the screen.