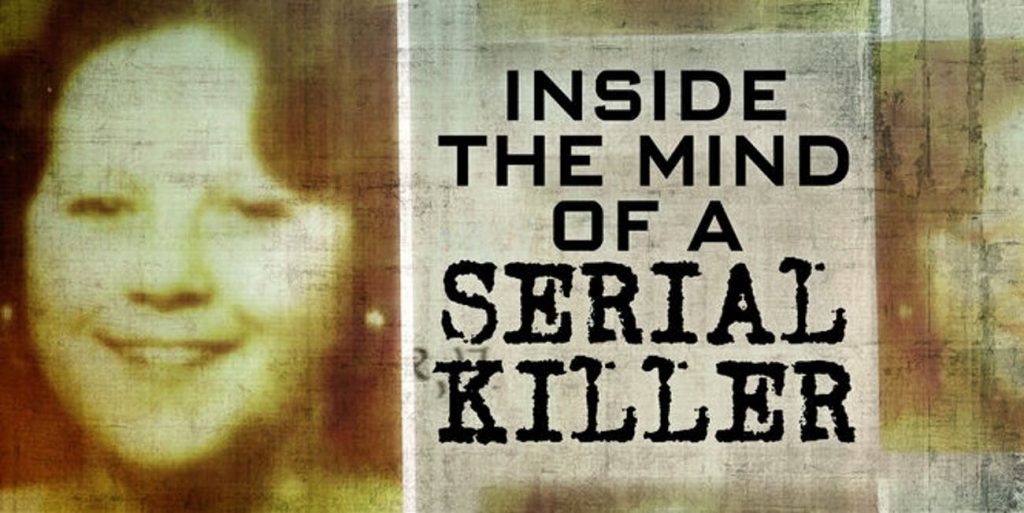 Crimes have always been a matter of fascination for us. Not only people who are artists but also ones who consume art are at times fascinated by the mental capacity of their fellow human beings to have it in them to commit crimes that can have grave consequences later. We all enjoy reading about crimes in the daily newspapers, in magazines, and even watch movies or read books on crime. Murder is one of the gravest crimes anyone can commit, and it leads man to serious consequences in his life. It is just mind-boggling to understand what depths of the human psyche can a person stoop to so that he is able to inflict such pain on a fellow human.

But what about the times when murder is committed not for any material gains, but simply because one has to? What about the times when killing to some becomes a compulsion and nothing else? These people who commit murders because they cannot control themselves and end up committing the same crime over and over again are called serial killers. We can know how they came to be classified into a different category of murderers called “serial killers” if we watch the show ‘Mindhunter’ (2017).

There have been several notorious serial killers in history, and the list surely starts with the famous English murderer who was never caught by the Scotland Yard, Jack The Ripper. Then there are people like Ed Gein, Ted Bundy, and Jeffrey Dahmer who have reached the status of pop culture symbols with rampant use of their crimes in film and television. There are many people who are intrigued by the depravity some criminals can go to where the motive of their murders is nothing else but a psychiatric disorder. If you are fascinated by serial killers and want to look more into their psyche, we’ve got some movies compiled for you. Here’s the list of really good serial killer documentary movies on Netflix that are available to stream right now. 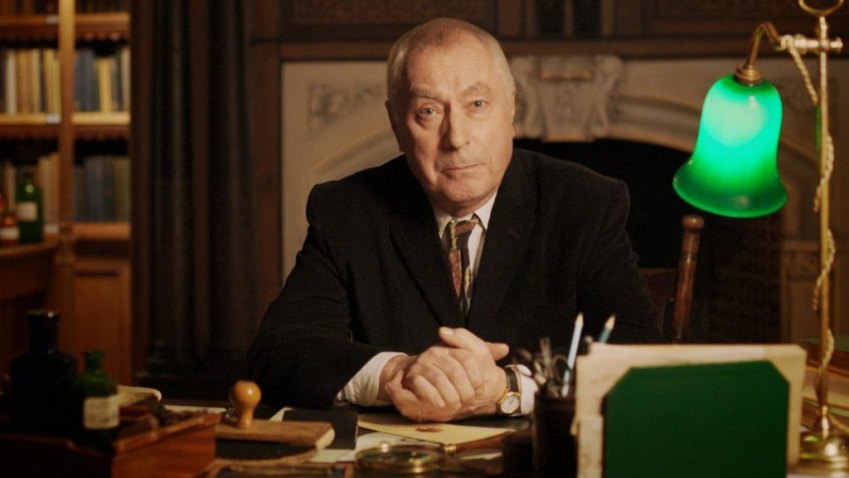 ‘Murder Maps’ is surely one of the most intriguing shows which have been made in recent times and talks of crimes. The show has been made to trace the locations of some of the major crimes that have sent shockwaves across England. Some of them were committed in the Victorian Era. We also get to learn how the field of forensic sciences also started getting developed during those days. Though not all of the episodes are about serial killers, many are, since England has also had its fair share of such criminals.

Season one’s fourth episode, called ‘The Brides in The Bath Killer’ is an account of a man who married many women and proceeded to kill them in his bathtub and went on to claim their inheritance. The second season has an episode on the ‘Blackout Killer’, a sinister Brit who would find his victims as England raged on in the Second World War. Two episodes are also dedicated to the serial killer and necrophile John Christie. For those who want to get a peek into the world of such gruesome serial killers, this show is a must-watch. 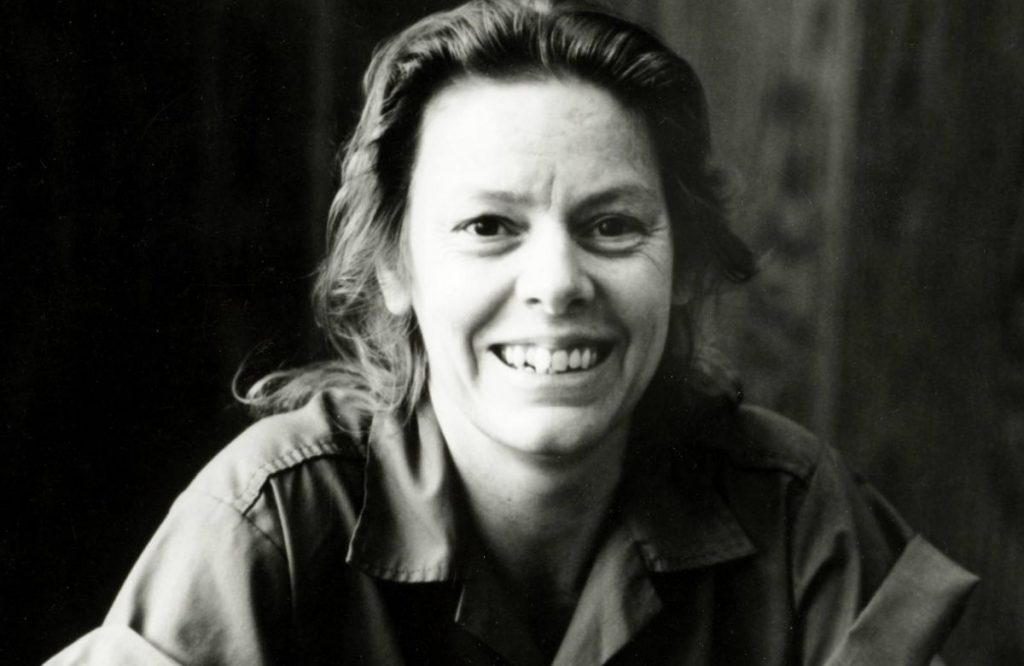 This documentary film was the sequel to Nick Broomfield’s earlier work, ‘Aileen Wuornos: The Selling of a Serial Killer’ (1993). ‘Life and Death of a Serial Killer’ raises some important questions regarding serial killers. It asks whether they have the right to unbiased judgment by courts when dealing with the crimes they have committed. Broomfield questions the reason for giving Wuornos the death penalty as she herself had lost her mind during the trial. Wuornos’ crimes were that she had shot dead seven men, but always claimed that she had committed the murders in self-defense.

It was later understood that Wuornos suffered from severe physical and sexual tortures while growing up and this has had a major impact on her psychology. Moreover, she also spent a long time working as a prostitute and probably experienced unpleasant behavior behaviour from her clients. All such factors should be kept in mind while understanding why a person commits the crime he/she does. Charlize Theron had won the Academy Award for portraying Wuornos in the 2003 film ‘Monster‘, the same year this documentary was released. 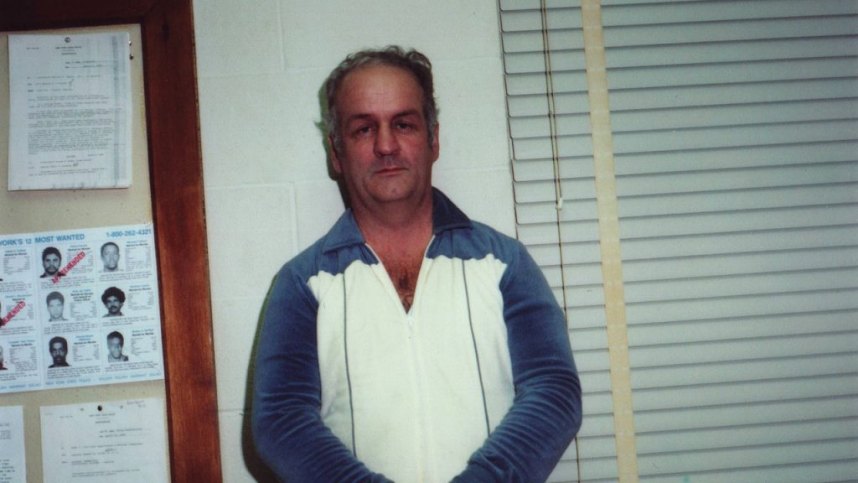 It is one thing to learn about the crimes committed by a serial killer, but to see that man in person, talking about all the horrific crimes he has committed is truly something extremely shocking and disturbing. It also takes a lot of nerves to be able to sit with such a man inside a room and interview him. This is exactly what we shall witness in this 44-minute-long interview with the notorious killer, Arthur Shawcross. Shawcross was a Vietnam veteran who soon turned to a life of crime on returning home from the war. His second wife had noted how he loved starting fires, giving an indication to his troubled mental health.

Later, Shawcross started raping and killing children as young as eight since 1972. Shawcross was once arrested and later released, a stance by the court which led to huge criticisms. In the interview, Shawcross explains his murderous nature and the shocking crimes he committed in detail. It cannot be overstated that it is simply bone-chilling to hear of such brutal crimes from the murderer himself, and one cannot help but wonder what could have happened had this man still been roaming free. 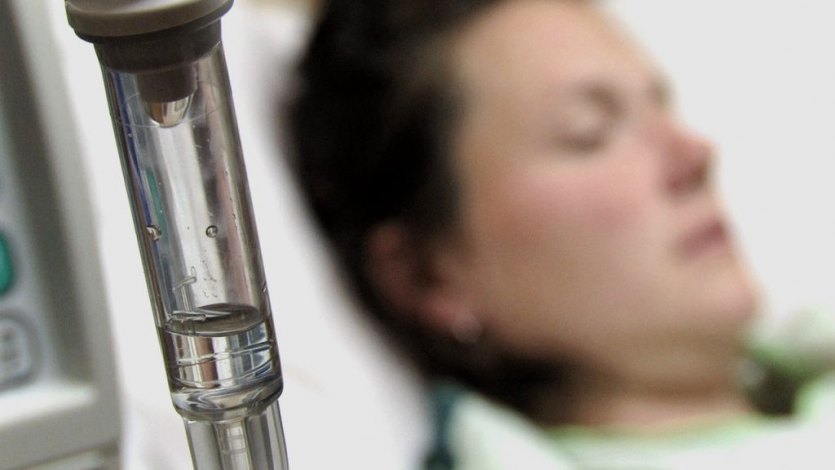 Individuals who are in the medical profession are there to save people’s lives. They are there to see that the patients heal and recover from the ailments they are suffering from. But the world is a strange place, and we have also seen people in the medical profession whose objective is to kill people; who take a sadistic pleasure in seeing that they have successfully managed to take the life of a person put in their charge. This series deals with such crime stories. One such episode talks about the story of one Donald Harvey. This nurse has himself claimed of taking the lives of 87 patients who were put in his charge.

Another episode deals with Beverley Allitt, a nurse who has murdered children as young as sevenweeks old. Another nurse, Daniella Poggliaci, killed several patients and even clicked selfies with their dead bodies. One question which naturally arises when one sees such events is that whether these people would have been killers had they not been nurses? Is the fact that so many lives were at their mercy in the hospital triggered off these urges to kill in them? Sadly, we’ll never know these answers. 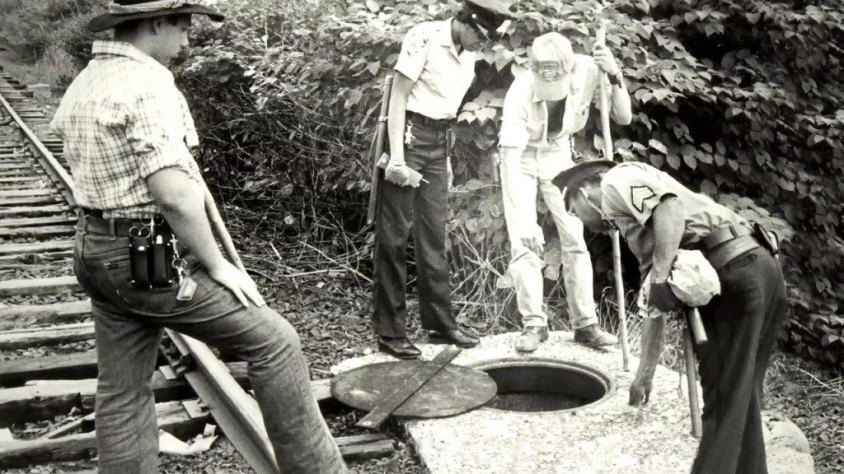 This documentary about legendary killers only goes on to show how deep an impact crimes committed without a particular motive have on society. ‘Killer Legends’ has been written and directed by Joshua Zeman. In this work, he has tried to talk about several urban legends that have developed around murderous stories. The truth of the cases has not been verified in the courts of law. One legend is that of The Hookman. The legend developed after the case called the Texarkana Moonlight Murders remained unsolved.

He talks about another legend called The Candyman. This rumor started after a man called Ronald Clark O’Bryan killed his son for his insurance money and later tried to escape punishment by claiming that The Candyman had killed his son. The Killer Clown is another famous urban legend which started in Chicago and later became a phenomenon all across the world. This documentary is very interesting in this regard, as here we get to see how the unknown is given a legend and myth by people who are afraid of it. These legends are what keep people hooked onto such stories. 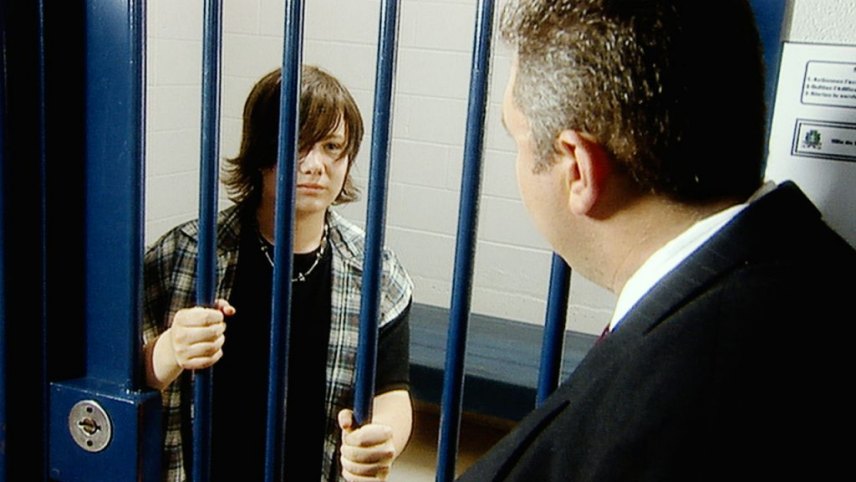 ‘Killer Kids’ is mainly the story of children who have committed crimes too gruesome for their age. These include crimes like murder and rape. But all the episodes in this docu-series are not about serial killings per se. Here, we shall be talking about one particular episode – the second episode of the first season. The episode is entitled “Psychopath Killers”. The episode revolves around three child criminals whose crimes can be categorized under ‘serial killing’. The first criminal is Peter Woodcock. He has murdered four victims in total and was already sexually assaulting children of his age and younger by the time he was a teenager. After being kept in custody for 34 years, Woodcock committed a murder on the day he was released.

Then we are told the story of Guy Georges, a serial killer who was called the “The Beast of the Bastille”. He had brutally raped and murdered seven women during his reign of terror. The last account in this episode is the story of Mary Bell, a woman who had strangled two toddlers to death when she was merely 10-11 years of age. 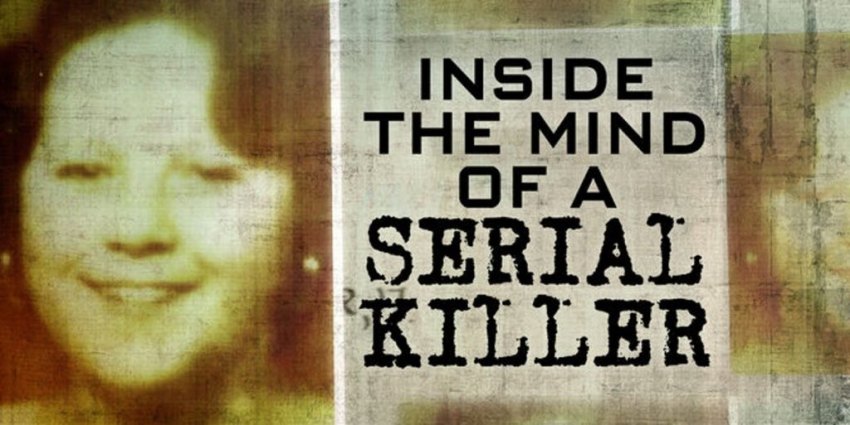 In this documentary series, each episode deals with a serial killer we don’t know much about and proceeds to analyze his/her modus operandi. There is a group of three specialists who guide the viewers through each case. Sometimes, people who have been in charge of a case is also interviewed to get a clearer picture of what exactly happened. The show’s first episode looks at the case of Eddie Leonski, a former soldier who went on to become a dreaded serial killer.

One episode is dedicated to the infamous serial killing spree of one Surinder Koli, who killed and even ate parts of around 19 children whose remains were later discovered at his home. In one episode, we learn about the exploits of a serial killing couple, Michel Fourniret and Monique Olivier, who had managed to kill eight young victims during their run. The unique thing about this series is that here we come to know of many serial killers who have not been as widely represented in popular culture like the others. But their notoriety and ruthlessness is no less shocking in any way. 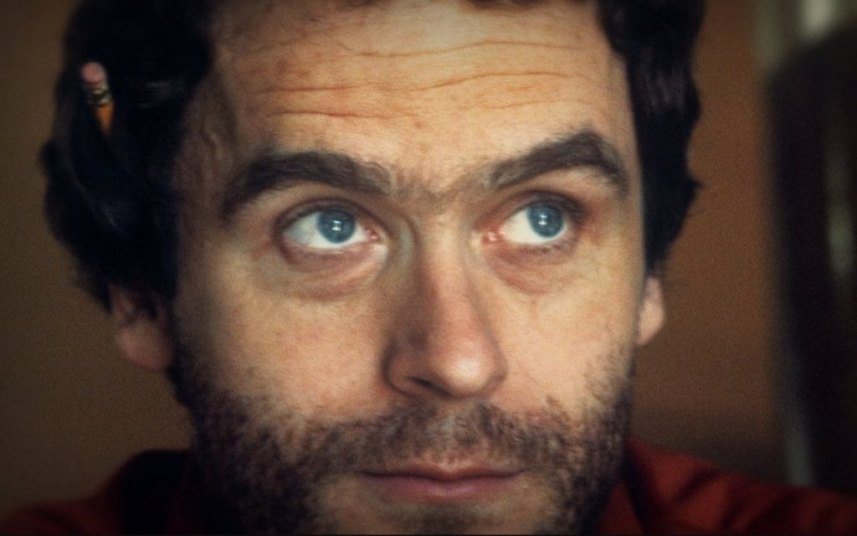 Ted Bundy is one of the most famous serial killers to have ever walked the surface of this earth. His myth and legend spreads far and wide in the world. The series is divided into four parts and has been created and directed by Joe Berlinger. Berlinger had earlier made documentaries like ‘Whitey: United States of America v. James J. Bulger’ (2014). The documentary mainly focuses on the recordings of conversations the police had with Bundy since he got caught. And in these audio interviews, we find a road into the minds of one of the most dangerous serial killers to ever operate on American soil.

Bundy had once escaped from a courthouse where his trial was going on. He later escaped from a vent in the prison where he was captivated. He was so charming that a woman ended up marrying Bundy while his trial of rape and murder was still going on in court. It was only two days before he was sentenced to death by electrocution that Bundy had admitted to killing nearly thirty women. 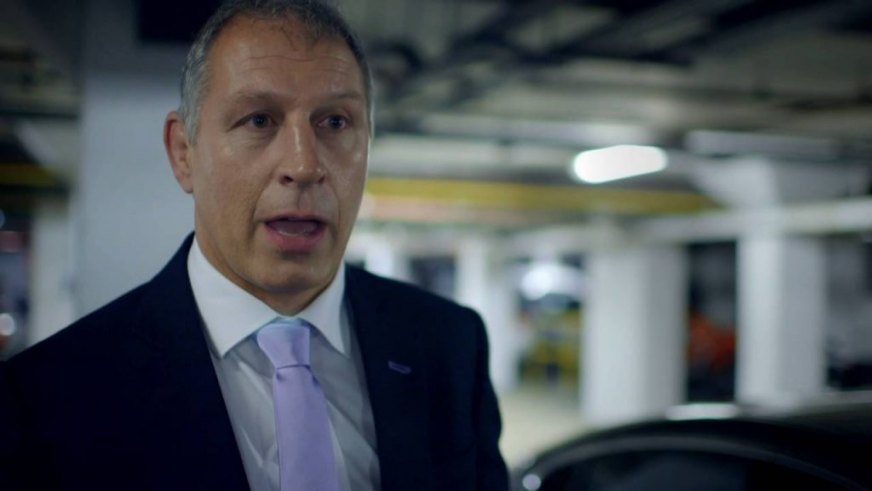 Created by Samuel Cowell, this documentary series consists of two seasons till date and is presented by investigative journalist and former police officer, Mark Williams-Thomas. The first season revolves around the murder of Carole Packman, a woman whose body was never found, and whose husband is still in jail for her murder. It is the second season where this series deals with serial killing.

The second season is about the murder of three women and ponders on the possibility of the infamous serial killer Angus Sinclair being the one behind these crimes. Sinclair is known for double murders dubbed ‘World’s End Murders’ by the media. He had killed two teenage girls after he left a bar called ‘The World’s End’ in Edinburgh.  Williams-Thomas himself uncovers certain evidence which starts pointing towards the fact that Sinclair was responsible for more murders than what he was tried for in court.