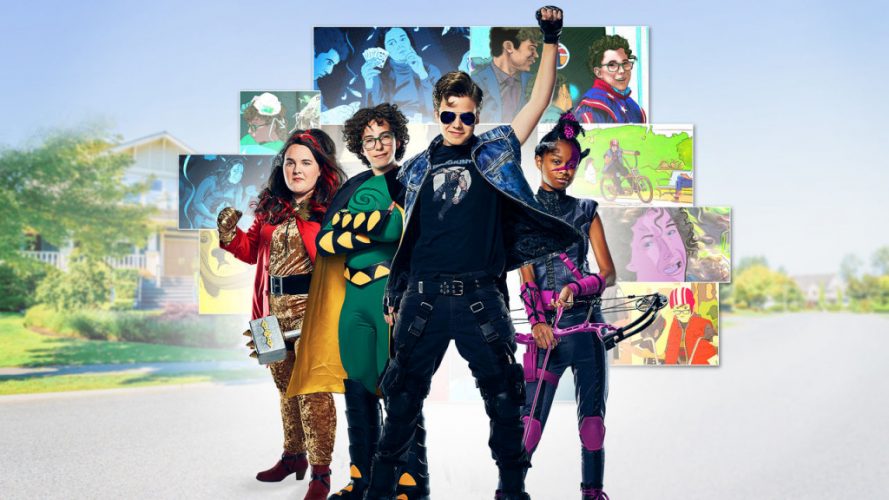 By 2018 itself, Netflix’s library of original productions had reached well over its target of 700 unique shows. It is only natural that not all shows can be the same tier or category in terms of quality and artistic merit, given how prolific Netflix has become purely as a facilitator to new shows, but the streaming giant also seems to be getting palpably better and better qualitatively. It is worthwhile to note that Amazon Prime has its skin in the in-house original productions game too, but much of the qualitative upsurge in the content for Prime seems to piggyback on adhering to a few consistent themes and genres – ‘Bosch’, a crime thriller, ‘Electric Dreams’ and ‘Man in The High Castle’, both adaptation of Philip K. Dick works, and of course – the odd one out: the somewhat campy buddy cop gig, ‘Comrade Detective’. Likewise, Netflix has also diversified when it comes to genre – and Best Worst Weekend Ever, one of the biggest Q4 2018 entries, has also been on the campier side, pitching itself as a comedy aimed at a teenage demographic.

Best Worst Weekend Ever, through and through, is a coming of age limited series, and this show is another addition to the list of ever growing high school dramedies, of which Netflix can’t seem to get enough of recently – cue the recent Everything Sucks!, which also looks very similar both stylistically and thematically. While Everything Sucks did harp directly on the nostalgic value of a bygone era of Geek culture, Best Worst Weekend is about Geek culture without being about nostalgia. This façade is available right at the outset, as the show veils itself under a comic book art stylistically, what with much of the costume on-screen being budget-cosplay standard superhero costume (although admittedly campy), the many comic-book style pop-up boxes with captions in them (written in the comic book typeface) explaining the context or giving introductions to new characters, to the show’s motivating premise itself – the group of teenagers trying to sneak into Comic-Con to meet their favourite author.

Best Worst Weekend Ever Season 2 Cast: Who’s in it?

Best Worst Weekend Ever is the TV series equivalent of a teenage coming of age flick at its heart, and as such it does not blow the budget on casting – deciding to reserve it for the more intricate and technical aspects of the production. The meat of the cast is formed by the four central figures, the protagonists who get almost all the screen time and the limelight. Although the young actors and actresses in these are not household names, at any rate, they do have the support of an impressive CV with many TV and movie gigs in the past. Sam Ashe Arnold (Zed Novak), Brianna Reed (Treece), Cole Sand (Argo) are all very prolific actors with TV and theatrical productions. Brittany Garms (Hallie) starred on Killer Kids as Kimberley Dots, and although she is not very active on-screen compared to the others, she is a very well-known figure in the CA stand-up comedy scene in general.

Best Worst Weekend Ever Season 2 Plot: What is it about?

The show follows a quartet of up-to-no-good protagonists, who dress up and go to comic-con to meet their favourite author. However, one lost dog and one wild party later, things get comically intense, marking their final weekend before high school as an eventful one. Best Worst Weekend Ever – although it was not the level best output from Netflix in 2018 by the general critical opinion – fared extremely well with its audience reception, and were it a standard series, it would have much potential for a continuation through new seasons, since the characters and the world has been established thoroughly. However, Best Worst Weekend Ever was marketed as a limited series. This most likely means that it is self-enclosed, and the ending supports this notion by wrapping up the thread. However, in another sense, a limited series might also point towards an anthology series where we could get another season with a new story and characters but retaining a large part of the cast.

Best Worst Weekend Ever Season 2 Release Date: When will it premiere?

So far, there has not been any official updates as to whether there will be season 2, and consequently, we cannot pin specific air dates on it reliably yet.

Since the tag of a ‘limited series’ forecloses speculations on another season as is, we have to wait for more reliable input from Netflix. Since there has not been any, we can safely assume that production is not going to start for another season any time soon. On top of no confirmation so far, this also leaves us with no teasers, trailers, or other promo materials to point us towards the direction a second season might shape up to take. Fans of the show can wait for official announcements regarding the future of the show, keeping their fingers crossed, and meanwhile stream the OG season on Netflix.

It also means that this is a great time to get up to speed and dig into the show if you have planned to watch it. Watch the official trailer for the debut season here to get a sneak peek into it.