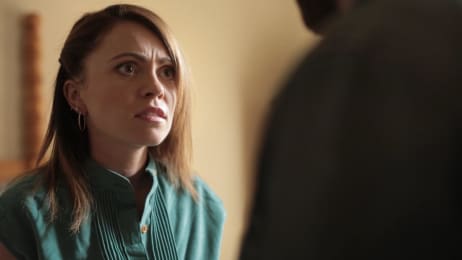 ‘Betrayed’ is a crime documentary series that first premiered on August 24, 2016, on Investigation Discovery. The show is produced by the producers of ‘House of Cards‘, a successful political thriller on Netflix, and is directed by Yoram Astrakhan. The show is based on true crimes and narrated from the perspective of the victims themselves.

The audience has always been compelled towards unsolved crime thrillers. The fascination does not necessarily have anything to do with the crime itself. It has more to do with the way the story is being told. People like to know what was the driving force behind a crime that has been committed.

They need to understand how and why the victim fell prey to the evil intentions of the criminal. Most often, it is seen that the viewers, more than indulging in the crime, indulge in the psychology of the crime itself. But in the end, it all comes down to the narration. No matter how big of a thriller junkie you are, one is bound to get bored with similar documentaries narrated in a similar format.

This is where ‘Betrayed’ comes into the picture. The show is told from the perspective of the victim, which makes the plot even more emotional and relatable to the audience. It also depicts that the crime is in fact, committed mostly by the ones closest to and most trusted by the victim. ‘Betrayed’ portrays the ugly truth of the real world, where the audience gets to see that even those people, whom we think we know the best, can turn out to be the most dangerous people in our lives.

The show has gone one for three seasons already and is well-liked among fans. Naturally, you must be wondering about whether there will be a Season 4. We delve into that right after offering a look at the show’s details.

Betrayed Cast: Who is in it?

There is generally no fixed cast in a crime docuseries. The cast keeps changing in almost every episode. ‘Betrayed’ also follows the same formula. There are several renowned faces that we see in every fresh episode. Rene Michelle Aranda, Mark Anthony Petrucelli, Paul Anderson, Cameron Graham, Claire Montgomery, Ron Smith, Whitney Montgomery, Drew Phillips, and William ‘Will’ Daubert are some names that have been associated with the series, in the past, along with many others.

For ‘Betrayed’ Season 4, there is no announcement of the cast as of yet but, we can assume that many renowned faces will make guest appearances in the show.

Betrayed Plot: What is it about?

Every episode in ‘Betrayed’ is presented from the point of view of the victim. These victims are regular Americans with normal dreams and ordinary lives. Like every other person in the world, they too struggle with their own problems in their married lives, at jobs and in their families.

But, their fates take an ugly turn, when people closest to them do the unthinkable and betray them in the most brutal manner. Usually, the crimes committed are due to some personal gains or some sick psychopathic logic. The reasons vary from instance to instance – it can be an extramarital affair, to win someone’s affection, robbery, personal vendetta, ambitions, jealousy and any number of flimsy reasons that a disturbed mind finds strong enough, to end someone’s life.

Betrayed Season 4 Release Date: When will it premiere?

‘Betrayed’ Season 3 premiered on March 4, 2019, on Investigation Discovery. The series was spread across 10 episodes and the final episode released on May 6, 2019. The series is well received by the audience because of its interesting story-telling format.

Generally, the narration of such crime docuseries is frankly quite bland. The viewers are introduced to the crime, and after an intense proceeding, the puzzle is solved and the murderer is caught. ‘Betrayed’, in that manner, gives the audience something different to look out for.

Here, the victims themselves, guide the viewers through the crime they have already faced. They take us through their relationships and help us understand better who might be the suspect and what could be the real motive behind the hideous act.

There has been no official announcement for the renewal of Season 4 yet. As the latest season of the show has premiered in 2019, we can assume there is some time till the next season. But, if we have to make a guess, we believe that ‘Betrayed’ Season 4 might release sometime in April 2020.

The show is unlike other regular crime documentaries that the audience is so familiar with. If you are a crime-thriller junkie, then you can get under your blankets with the lights off and popcorn in hand, and stream the series for a truly thrilling experience.

There is no official trailer for ‘Betrayed’ Season 4. However, the trailer provided below will give you a better idea of the series.