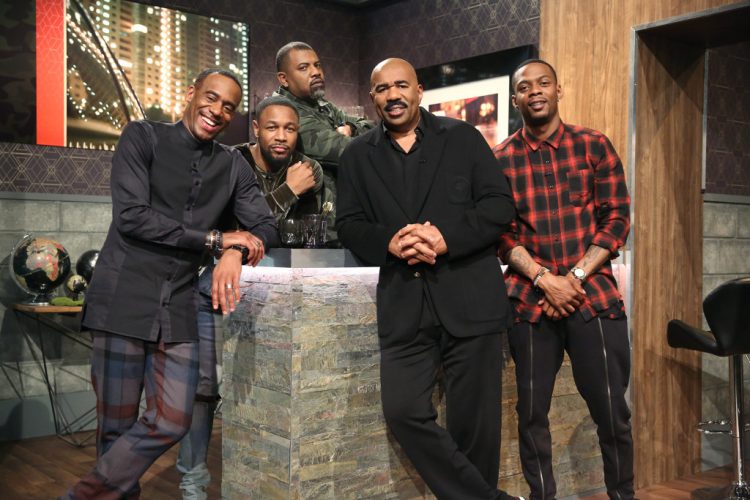 BET’s Mancave Season 2 Cast: Who is in it?

The creator of the show Jeff Johnson is also the host of the talk show. Black Jesus joins him and comic star Gerald “Slink” Johnson, heartthrob singer Tank and record producer Marcos “Kosine” Palacios (1/2 of Da Internz) is also part of the show. We are yet to hear about a possible season 2. Watch this section to know who will be included in the cast if a season 2 happens.

BET’s Mancave Season 2 Plot: What is it about?

We always wonder what men talk about when they are hanging out with other guys. Well, this show provides you with just the right answer with four men simply sitting and talking. Each episode of BET’s Mancave series features a new celebrity guest who will accompany the guys of the show. The guests join the show for every inaugural episode. You don’t need to worry about it transforming into a sports centre with all the men there. Topics that are usually covered in the show are vast such as sports, current events, politics, relationships, sex, entertainment, pop culture, love and much more. BET’s Mancave series gives insight and unfiltered look at what and how men talk on several topics amongst their inner circle containing just male friends. The show provides a take on conversations without holding anything back. Men talk about what they talk about when women are not around them. It is quite an interesting concept that includes African-American black men giving their views on what is happening around the world in today’s culture.

Heated debate, genuine emotions, feelings, and humour make the opinions and experiences worth watching the show. The show unfolds the layers of what it’s like to navigate the world from the view of an African American man. BET’s Mancave is an ultimate “Bro” zone that shows how complex are men’s thoughts.

Each episode of the show also follows field packages in irreverent segments of the show that driven by the men or one of the correspondents of the show. Similarly, the assignment is given to the guys or one of them on various topics for further research on it. You can also see them interviewing random people on the streets or fighting mental and physical challenges. BET’s Mancave series is simply a female free late night talk show which involves four men who all come from different backgrounds and worlds having a lot of opinions.

BET’s Mancave Season 2 Release Date: When will it premiere?

The air date of season 2 of BET’s Mancave has not announced yet. There is no update on a possible cancellation or renewal either. We will keep you posted with the latest news on the show.

The trailer of season 2 is not out. Here is the link for the first episode of BET’s Mancave Season 1. You can have a look and get ready to binge watch the show.