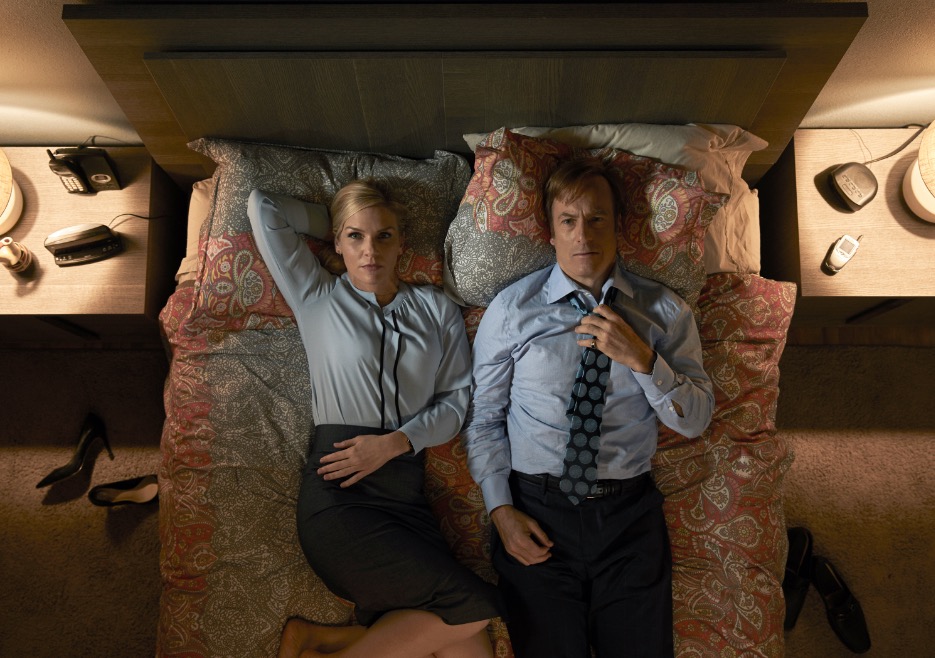 AMC’s ‘Better Call Saul,’ created by Vince Gilligan and Peter Gould, is the wildly popular and highly critically acclaimed prequel series and spin-off of ‘Breaking Bad.’ The show chronicles the life of Jimmy McGill, a shifty small-time conman turned criminal defense attorney, who slowly adopts the alias of Saul Goodman and rubs shoulders with the country’s most dangerous drug lords.

Starring Bob Odenkirk, Jonathan Banks, Rhea Seehorn, and Giancarlo Esposito, ‘Better Call Saul’ first premiered on February 8, 2015, and established itself as one of television’s finest shows. It is thus understandable that fans are curious regarding the show’s sixth season, desperate to see what happens to their favorite characters. Here’s all the information you need about ‘Better Call Saul’ season 6!

‘Better Call Saul’ season 5 premiered on February 23, 2020, on AMC. Comprising 10 episodes that were released weekly, the tenth and final episode was released on April 20, 2020. The episodes have a runtime of 45-60 minutes each.

As far as season 6 is concerned, we have bittersweet news! On January 16, 2020, at the TCA Winter Press Tour, Gould announced that AMC had renewed the show for a sixth and final season consisting of 13 episodes. However, unforeseen circumstances, particularly the COVID-19 pandemic, complicated and delayed the development of season 6 for almost a year. Things seemed to be at an all-time low when Bob Odenkirk (Saul Goodman) collapsed on set from a heart attack on July 27, 2021. However, the actor recovered and returned to the set by early September, sharing the good news with concerned and delighted fans.

Back to work on Better Call Saul! So happy to be here and living this specific life surrounded by such good people. BTW this is makeup pro Cheri Montesanto making me not ugly for shooting! pic.twitter.com/lTAfPg7dDp

Considering the time that production and post-production will require, especially since many scenes containing Odenkirk are yet to be shot, we think it will take season 6 a while to get ready for viewers. “We’re still in the sixth season. I have wrapped most of my acting work. I have a few loose ends to take care of,” revealed Esposito. Based on all the aforementioned information, we expect ‘Better Call Saul’ season 6 to release sometime in Q1 2022.

The main cast is set to return for the show’s sixth and final season. Coming back on-screen are Bob Odenkirk as Jimmy McGill/Saul Goodman/Gene Takovic, Jonathan Banks as Mike Ehrmantraut, Giancarlo Esposito as Gus Fring, Rhea Seehorn as Kim Wexler, Patrick Fabian as Howard Hamlin, Michael Mando as Nacho Varga, and Tony Dalton as Lalo Salamanca. We may also see the return of Dean Norris as Hank Schrader and Steven Michael Quezada as Steven Gomez. However, the creators of the show have remained tight-lipped about any fresh faces joining the main cast for the final season.

It is also unknown whether Bryan Cranston or Aaron Paul will make an appearance. “We have an idea for where we think this is going, we have an idea for what ends all this, we have an idea for characters who may or may not return like Walt and Jesse. But you don’t want to commit to anything too much because things change, and if the story zigs or zags in a way that makes it impossible for us to have even beloved characters back, we won’t have them back,” said Gould, upon being asked about the possibility of Cranston and Paul’s cameo.

Season 5 witnesses Jimmy finally embrace his persona of Saul Goodman after getting his law license and turning down Howard Hamlin’s job offer. He also marries Kim, who begins to wade deeper into the murky pool of criminals that Jimmy swims in for his job, slowly becoming not only his partner in life but also in crime. Kim quits Schweikart and Cokely, taking only her pro bono cases with her. She also comes up with a plan to resolve the Sandpiper Crossing suit and thus destroy her ex-boss Hamlin’s career, marking her shift from a purely pro bono attorney to a shrewd and vindictive lawyer.

Jimmy shuffles between rising drug lord Gus Fring and long-reigning cartel head Lalo Salamanca, representing the latter but getting dangerously close to the blowing point of a full-on gang war. Gus orders a hit on Lalo, only to have Lalo survive and plan to take revenge. Jimmy and Kim hide from Lalo in a hotel, knowing they’re in danger if he finds out the truth about Jimmy’s bagman run (with Mike) through the desert.

Season 6 may further explore Jimmy’s life in hiding as Cinnabon store manager Gene Takovic, snippets of whom we have seen throughout the five seasons. It seems that we will get a deeper look at Jimmy’s many layers and personas in the final season. Fans must be wondering whether the inevitable and impending drug-fueled war will have dire consequences for Kim since every other main character is alive and present in ‘Breaking Bad.’

However, Odendirk confessed, “I don’t think she dies. I think she’s in Albuquerque, and she’s still practicing law. He’s still crossing paths with her. To me, that would fuel his desire to be on billboards everywhere, because he wants her to see him.” “Keep your eye on the bottle stopper,” hinted Gould, as a teaser for Kim’s storyline, referring to the scene in which she resigns and takes a bottle stopper with her. In the sixth and final season, we are likely to see the conclusion of her sabotage attempt.

The final season is also expected to reveal the result of Gus and Lalo’s vicious fight for power, Jimmy’s growing professional relationship with Gus, and Gus’ rise to the top of the drug mafia. Clearly, blurred moral lines, the consequences of criminal actions, personal preservation, and the idea of redemption will be explored in the final season of the show. There will be violence, emotional and physical trauma, as well as life-changing decisions.

“What would be a deserving end to this? Does Jimmy McGill/Saul Goodman/Gene Takovic deserve death? Does he deserve love? What would be the most fitting end for this guy — for the show?” quipped Gould, offering these questions as critical thinking points for the final season. Although fans of ‘Breaking Bad’ know exactly where Jimmy McGill/Saul Goodman ends up, his journey matters more than the destination.