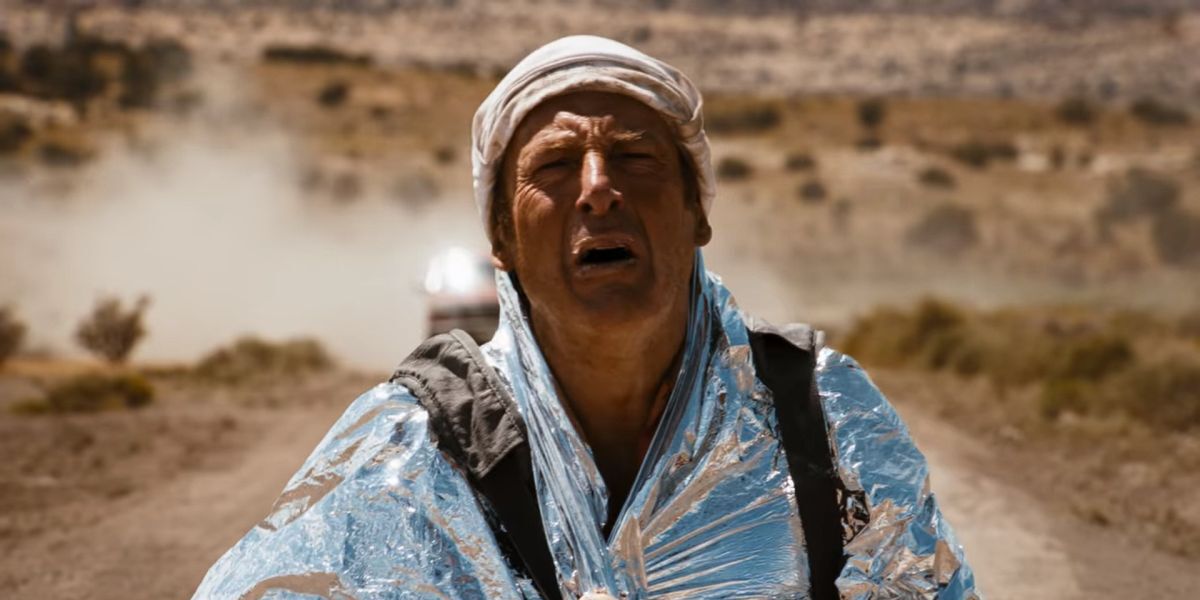 ‘Better Call Saul’ is a spin-off and a prequel to ‘Breaking Bad.’ Set six years before the events of the parent series, the crime show revolves around Jimmy McGill, a conman turned criminal defense attorney, who goes by the name Saul Goodman. On the other hand, it follows the title character’s interactions with a retired police officer called Mike, who gets involved with the Juarez drug cartel.

Created by Vince Gilligan and Peter Gould, the legal drama originally released on February 8, 2015. The critically acclaimed series has been lauded for its writing, acting, direction, and cinematography. The complex characters further elevate the drama. Many critics agreed that the dark comedy series is a worthy addition to the franchise. In 2021, the show featured on Empire’s list of The 100 Greatest TV Shows of All Time. The fans have been waiting patiently to learn what the future has in store for their favorite show. So, here are all the updates for the potential season 6!

As far as the show’s sixth installment is concerned, we have news. On January 16, 2020, it was announced that the series would be back for its sixth round; the news came weeks before the fifth season debuted. But the upcoming cycle has been billed as the final run for the popular crime drama. However, an exact release date remains undisclosed.

Despite the series getting the green light at the beginning of 2020, the cast and crew could not start filming due to complications related to the outbreak of Coronavirus. Finally, on March 10, 2021, the show’s co-creator Peter Gould announced on social media that cameras had begun rolling for the sixth season. The production is expected to last approximately eight months, which means that we might not get new episodes in 2021.

More delays are expected, considering Bob Odenkirk’s (Jimmy McGill/Saul Goodman/Gene Takovic) medical issue in July 2021. Taking all these factors into consideration, the fans can expect ‘Better Call Saul’ season 6 to release sometime in early 2022. In that case, the show would be following its usual release pattern. Apart from season 4, which debuted in August 2018, new seasons usually arrive between February and April each year. It has also been reported that the upcoming season will have 13 episodes, making it the longest cycle the show has ever had.

Bob Odenkirk will reprise his role as Jimmy McGill/Saul Goodman. The title character also uses the alias Gene Takavic. Rhea Seehorn will return to essay the role of Kim Wexler. Other cast members whose involvement in season 6 has been confirmed are Jonathan Banks (Mike Ehrmantraut), Patrick Fabian (Howard Hamlin), Michael Mando (Nacho Varga), Tony Dalton (Lalo Salamanca), and Giancarlo Esposito (Gus Fring). We are yet to learn if the final installment will introduce any new characters. If that happens, we will see some fresh faces.

Better Call Saul Season 6 Plot: What is it About?

By the end of the fifth season, Kim has quit her job and has a plan to ruin Howard Hamlin’s career, which even leaves Saul quite shocked. Elsewhere, Gus sends people to kill Lalo and gets Nacho involved in the plan. Just before the assassins attack Lalo, Nacho escapes the scene. However, Lalo kills all of them except for one. Then he makes the survivor falsely report to the middleman who arranged the hit, saying that Lalo is dead.

We will know what will happen to Nacho in the sixth season, as he might find himself stuck between Gus Fring and Lalo. On the other hand, Lalo survives the murder attempt, but he will not go down without a fight. We are yet to see what will become of Kim, considering she is nowhere in the picture in ‘Breaking Bad.’ Furthermore, the sixth season will explore Saul’s life as Gene in greater depth.