When Will Better Things Come Back on FX? 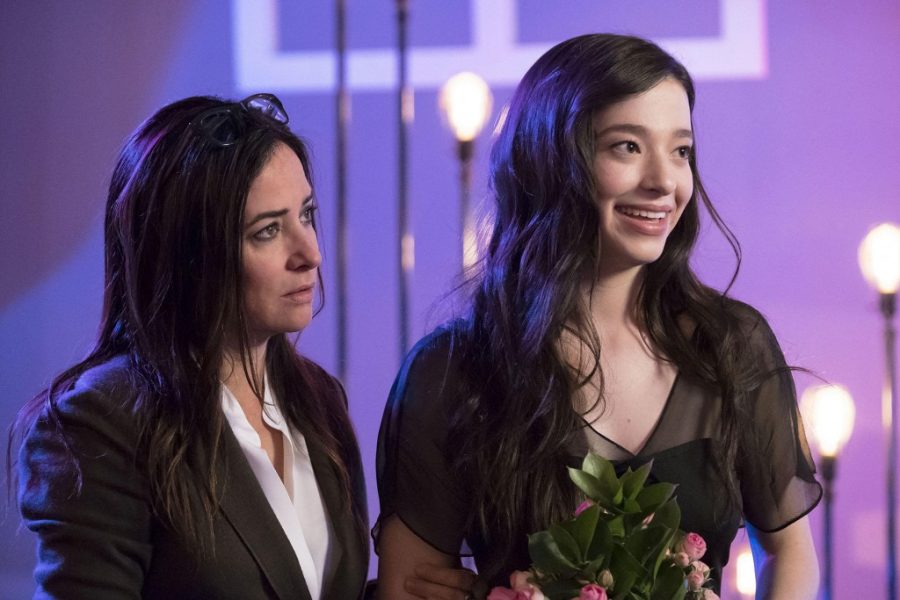 ‘Better Things’ is an American comedy-drama that airs on FX. The series first premiered on September 8, 2016. Created by Pamela Adlon and comedian, Louis CK, ‘Better Things’ is, without doubt, one of the best shows in recent years. The series is critically acclaimed and loved by audiences around the world.

The second season of the show was the most critically acclaimed comedy of 2017. It also won a Peabody Award in the same year, with the board stating, “the result of this searingly funny and beautiful show is an at-times raw examination of the vicissitudes of working motherhood, crackling with feminist verve and energy, that consistently cuts new ground.”

‘Better Things’ is more of a biography than fiction. What draws people to it is the fact that you are able to relate to the characters and feel for them. Hence, unsurprisingly, it has spanned three incredible seasons to date. Scroll down to know every detail about ‘Better Things’ season 4.

Better Things Season 4 Release Date: When will it premiere?

In March 2019, four weeks into the third season, FX renewed the show for Season 4. It will consist of 10 episodes. The chairman of FX Networks and FX Productions, John Landgraf, announced the renewal saying:

“With every season, ‘Better Things’ becomes more vital, engaging and revelatory, cementing Pamela Adlon’s status as one of the most accomplished creative forces in television today. Rarely has there been a show that is so personal and, at the same time, so thoroughly universal in the way it explores modern parenting, family and life. We are thrilled to extend the series for a fourth season and to continue this incredible partnership with Pamela, her creative team and the amazing cast of ‘Better Things'”.

Adlon too expressed her gratitude at the show being renewed, and added, “I am humbled, grateful and excited to tackle another season of stories and continue my creative partnership with my fearless FX team”. ‘Better Things’ season 4 will release with a two-episode premiere on March 5, 2020.

Better Things Cast: Who is in it?

The cast of the show is led by Pamela Adlon, who stars as Sam Fox, a single mother and working actress raising three daughters in Los Angeles. Sam’s daughters are Max Fox, played by Mikey Madison, Frankie Fox, played by Hannah Alligood, and Duke Fox played by Olivia Edward. Sam’s mother, Phyllis, is played by Celia Imrie. Other cast members have recurring roles like Diedrich Bader as Rich, Lucy Davis as Macy, Alysia Reiner as Sunny, and Greg Cromer as Jeff.

In season 4, we expect to see all the main cast members return. The show might also expand its roster of characters as the Fox family interacts with more people in their effort to carve out a life for themselves in Hollywood.

Better Things Plot: What is it about?

‘Better Things’ revolves around an actress who has to juggle the intensely difficult task of being a single mother of three while trying to make it as an actress in Hollywood. The show is semi-autobiographical, based on Adlon’s life. For those unaware, the title of the show borrows from the song of the same name by The Kinks.

The show is rooted firmly in the pathos and bathos of being a single mother, while a lot of what Adlon puts out on screen is rooted in her own personal experiences of being part of the industry. Notably, Adlon has been on the fringes of Hollywood since she was 9 years old but only shot to fame when her show was approved in 2016. None of this would have been possible if not for help from Adlon’s friend and writing partner, Louis CK.

However, to mention Louis, one must open up the can of worms that came out during the #MeToo allegations against the comedian. Adlon and ‘Better Things’ were affected by it too after an initially successful run. However, there was a time when Adlon considered that the show would be canceled after the news of the accusations hit her “just like a Molotov cocktail”.

What really sets the show apart, however, is how Adlon’s character Sam balances being a mother and actress. While we might have a faint idea about the hurdles one would have to cross before cracking it in the show business, one fails to understand how difficult it is to raise three daughters, especially since they are so different from each other.

Max, the eldest daughter, is angry and volatile but inherently decent. Frankie is the completely radical middle daughter while Duke is the adorable and sweet youngest daughter. Since they do not respond to the same threats and treatments, Sam has to get creative.

At the same time, she also has to deal with her mother and her set of physical as well as mental issues. It becomes immediately evident in the show that the main cast does not include any major male characters, instead firmly focusing on female actors. It led to the show being highly praised for the brand of feminism that it promoted.

In season 4, we will most likely see Adlon continue playing Sam to a degree of perfection where she does her duties as a mother while trying to fulfill her commitments as an actress. It will be interesting to see how she navigates her daughters’ changing lives while taking care of her mother at the same time. We are also rather interested to see if Sam can finally try and squeeze in some private time after a hard day of honest work and taking care of all her family’s needs.

You can check out the trailer for Season 4 below.