Better Things S04 E06: When and Where to Watch? 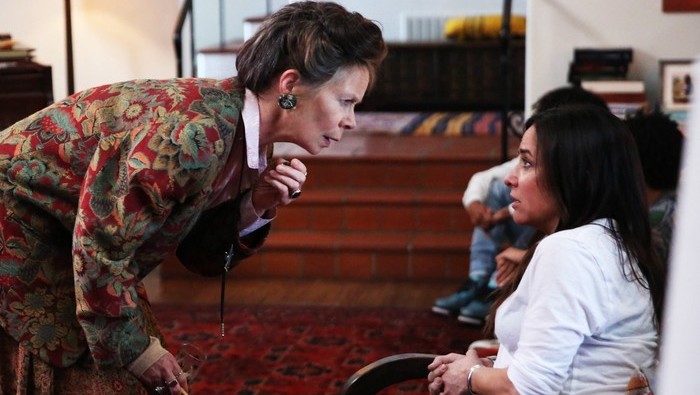 Raising kids is hard, especially if you are a single parent managing multiple children. Sam has to face this ordeal while being out of work. ‘Better Things‘ follows the single mom and her children, in Los Angeles, as they try to get through life. Obviously, Sam has to handle her own problems, while navigating her children’s mood swings.

Peppered with humor, the occasional fight, and a lot of tender moments, ‘Better Things’ boasts of some great writing. Currently, the show is on Season 4, and we have seen Sam run into a number of problems. She’s had her moments of bonding with Max, while she’s had to face rejection in the workplace.

In fact, the last episode sees Sam and Max erupt into a vicious fight, which involves some very hurtful insults, and unnecessary namecalling. Just like a storm in a teacup, the fight soon blows over, as mother and daughter make up, getting around to acknowledge each other’s points of view. The latest episode sees Sam taking Duke out to see a ballet, after which she takes Frankie to Pinkberry.

One can only imagine the adventures, or misadventures that take place during the ballet. Nonetheless, you might be curious about what’s in store in the upcoming episode. We have you covered in that regard, and will also tell you when and where you can watch it.

Better Things Season 4 Episode 6 Release Date: When Will It Premiere?

‘Better Things’ airs on FX, so you can watch it with a cable subscription. If you don’t have one, you can always stream and watch the show on the FX site. Cord cutters can catch the latest episodes on YouTube TV, Sling Tv, and DirecTV. Since a lot of the viewers are opting for these platforms, choices have to be made available to cater to their tastes. Many of these platforms offer a free trial period, usually lasting a week before they charge you for their services.

The upcoming episode is titled “New Orleans”, and we get to see Sam attending a wedding. The details are scarce about whose wedding this exactly is, but we can be sure that Sam will bring her sense of humor to the occasion. It remains to be seen if Sam has any direct involvement with the people getting married.

Moreover, with Sam at the wedding, it remains to be seen how the children behave. Earlier this season, Sam came back home to find that the kids had gotten a pet without asking her. Surely, she’ll be hoping to avoid a similar surprise this time.

Whatever be the case, the upcoming episode promises to be fun. With an event like a wedding at the center, we can be sure to see some perversion of the rules of the event, which will undoubtedly add to the comic element that we’ve come to associate with ‘Better Things’.